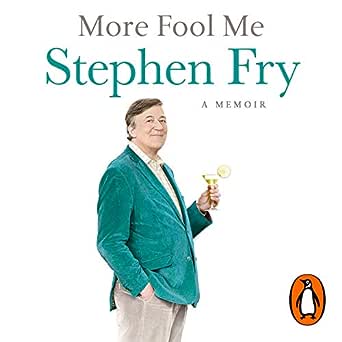 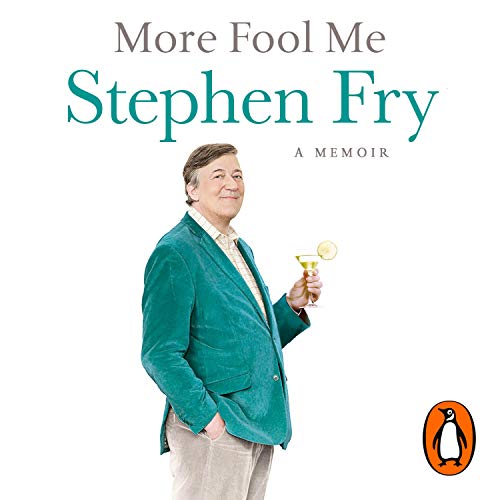 3.8 out of 5 stars
3.8 out of 5
624 global ratings
How are ratings calculated?
To calculate the overall star rating and percentage breakdown by star, we don’t use a simple average. Instead, our system considers things like how recent a review is and if the reviewer bought the item on Amazon. It also analyses reviews to verify trustworthiness.

Mike Duffy
1.0 out of 5 stars Limited, disjointed and self-indulgent.
Reviewed in Australia on 10 September 2015
Verified Purchase
Unfortunately, Stephen Fry has already written two autobiographies. So this was not intended as a narrative autobiography, but a sort of "day in the life" of blog. So rather than discuss his life, the book has three main themes;
- his cocaine usage
- tales of the Grouch Club in Soho
- the last two chapter are a series of diary entries over about 10 days in the 1990's
Whenever the narrative comes to some interesting point, he continually says things like "for more details see my previous book" rather than repeat himself. So we we learn very little about him.
The text itself jumps from one period to the next, seems to have little structure and tends to ramble leaving the reader dazed and confused.
Anyone interested in his life MAY be better served reading his first two autobiogrphies, Moab is my Washpot, and The Fry Chronicles.
I say "may" because not having read either I can't speak to either's quality.

Graham
TOP 1000 REVIEWER
2.0 out of 5 stars 2/5 of this book is great
Reviewed in Australia on 12 November 2014
Verified Purchase
I loved Fry's previous two volumes of autobiography- this one feels like a cut and paste rush job and I feel a bit short changed. The first 1/5 is a recap of the previous two books, the next 2/5 is good, solid autobiography with observations and anecdotes about Fry's London life in the 90s. I really enjoyed this bit. Then all of a sudden it changes and the last 150 pages are a cut and paste directly from his 1993 diaries, a patchy stream of appointments, famous names and dinner parties. Unfortunately it's not very interesting and feels like it was just added in to finish the book.
Read more
2 people found this helpful
Helpful
Comment Report abuse

Judy Melbourne
2.0 out of 5 stars Don't waste your money on this one ....
Reviewed in Australia on 6 January 2015
Verified Purchase
I found this the most boring book I've ever read, and I've read a few. All the details about his cocaine habits were just NOT needed. His life seems full of socialising and obviously making money. I was disappointed as I had unwittingly thought better of him. But his private habits would bore most people to tears. I would NOT recommend it!
Read more
2 people found this helpful
Helpful
Comment Report abuse

Lollie
2.0 out of 5 stars Disappointed
Reviewed in Australia on 31 January 2015
Verified Purchase
A rehash of previous books for "background", followed by a bit of new material, followed by, appropos of nothing, excerpts from a diary from an obscure past time. I feel I've been conned by the behemoth that is now Stephen Fry Incorporated. I love you Stephen - we were born a month apart on different sides of the world, different gender and "class" but so many common points of reference and similarities of character which I usually revel in when reading your books but really this was a lazy and cynical effort.
Read more
One person found this helpful
Helpful
Comment Report abuse

Mick Hamilton
3.0 out of 5 stars Tasty, but unsatisfying.
Reviewed in Australia on 31 October 2014
Verified Purchase
I do enjoy Stephen Fry's writing, and I did enjoy this....BUT....the first section is merely a recap of his first two autobiographies/memoirs, and the second section takes the form of diary entries.
Yes, it's enlightening, and yes, it's entertaining, but it left me feeling a little short-changed.

Amazon Customer
2.0 out of 5 stars Very disappointed in this offering
Reviewed in Australia on 30 October 2014
Verified Purchase
Very disappointed in this offering. Regurgitation of sections of his 1993 diary constitutes a fair chunk of the book, and all in all it smacks of Mr Fry looking to make a fast buck at minimum effort. At least I understand the title now: more fool me for buying it.
Read more
2 people found this helpful
Helpful
Comment Report abuse
See all reviews

Mrs. K. A. Wheatley
3.0 out of 5 stars Baggy
Reviewed in the United Kingdom on 16 January 2017
Verified Purchase
I wanted to like this more than I did. I love Fry. I love his books. I follow the man on Twitter. His audiobooks are a joy to listen to. Generally I'd be happy to read/watch/listen to whatever he cares to put his name to, but this was a bit of a disappointment. Firstly, a fair chunk of the book is a rehash of the first two volumes of his autobiography. I know he wants to give the new reader the background to what went before, but this takes things to extraordinary lengths. It could all have been done in a short chapter. Really it could. Then there's the focus on his addiction, which although interesting in parts, like most drug addict's memoirs gets tedious in the retelling, because very often it's a lot of rinse and repeat as far as taking drugs is concerned. Fry is such an interesting person. His friends, his hobbies, his huge and varied body of work, and a lot of this is waved over in favour of anecdotes about playing poker at the Groucho club. And then the book kind of peters out. It was, in parts, fantastic, and lovely to read and everything I wanted, and a lot more like the last two books, and then that would fade out in favour of what could have been cut with judicial editing.
Read more
15 people found this helpful
Report abuse

Knutsfordchap
2.0 out of 5 stars More Fool Me for slavishly buying Mr Fry's continuing memoirs
Reviewed in the United Kingdom on 19 November 2018
Verified Purchase
I love Stephen Fry. Even before his veneration as a National Treasure, I loved him - whether in a Bit of Fry and Laurie or as Jeeves or as the eponymous Peter in Peter's Friends, he steals scenes, delivers lines with THAT voice, and is generally superb. I think The Liar is one of the best books I've ever read - as a first novel it is simply astonishing.

I thought Moab is My Washpot was fascinating - a real insight into what makes Stephen Fry tick, what helped shaped him. The Fry Chronicles was a decent second instalment.

But More Fool Me - oh dear. I have some insight into addiction, and this was painful to read - not because of its subject matter, or because of Fry's own suffering, but because it revelled in his addiction - he recounts stories that should fill him with horror at the recollection but are instead presented with a "silly old Stephen" artifice that is shockingly insincere. His recounting of his arrest for drink driving - in which he manages to stash his cocaine supply and so evade arrest for drug possession too - reads throughout as though he has cleverly duped the old Bill who were unfairly targeting motorbike riders, the swine.

Fry is quick to say how terrible drugs are and wasn't he naughty and foolish, but he is sadly also very quick to relate a particularly juicy anecdote about taking drugs in the House of Commons, or whilst visiting the Royals. It's embarrassingly smug and wincingly insincere, and I'm afraid the whole book was woefully shallow.

No more volumes for me, thanks.
Read more
6 people found this helpful
Report abuse

sally neilson
1.0 out of 5 stars the British public love him but please Stephen
Reviewed in the United Kingdom on 20 April 2015
Verified Purchase
More fool us, Stephen, for buying your third autobiography. Others have put it well here. First third is a rehash of the other books, punctuating with unutterably irritating asides to go do something else if we've read it before. Middle third about coke years slightly diverting. Last third is, frankly, inexcusable. He's cut and pasted a 20 yr old diary of the early 90s. No comment, no reflection or narrative. Just a list of stuff he did.
He needs an editor badly, but perhaps a wake up call even more urgently, the British public love him but please Stephen, treat us better than this. I feel thoroughly cheated and I think far less of him for passing off this tosh as insight. Moab was wonderful. Read that instead. I'd urge no further person to purchase this book, in case it encourages him to write another or to think he can get away with treating the public who love him so badly.
Read more
21 people found this helpful
Report abuse

From what I have heard, it may be better to start with this book and then move on to the first two, that way it shouldn't feel repetitive.

There is some bad language, which is the only thing preventing me from sharing it with my family (who are religious) but in my opinion it is a great read. The point of an autobiography is to reveal your soul to the readers. By the end of the book, you almost feel like he is an old friend you would be comfortable chatting with, and that is testament to his style of writing. I first heard of this book after I saw him reading en excerpt online, and promptly ordered the book two minutes later.
Read more
4 people found this helpful
Report abuse
See all reviews
Get FREE delivery with Amazon Prime
Prime members enjoy FREE Delivery and exclusive access to movies, TV shows, music, Kindle e-books, Twitch Prime, and more.
> Get Started
Back to top
Get to Know Us
Make Money with Us
Let Us Help You
And don't forget:
© 1996-2020, Amazon.com, Inc. or its affiliates