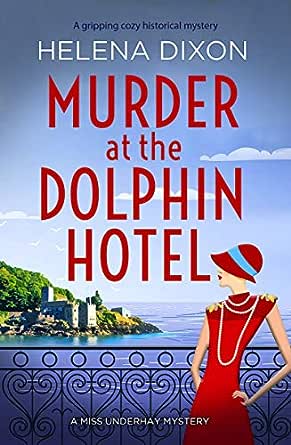 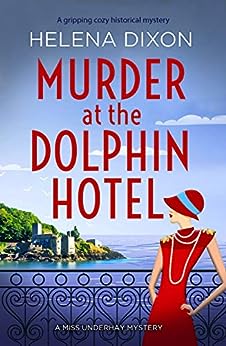 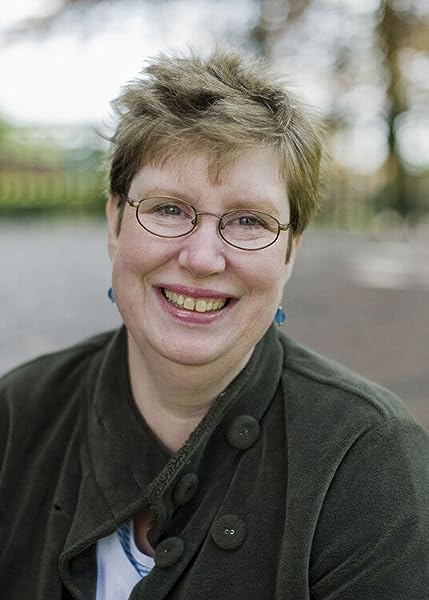 4.4 out of 5 stars
4.4 out of 5
342 global ratings
How are ratings calculated?
To calculate the overall star rating and percentage breakdown by star, we don’t use a simple average. Instead, our system considers things like how recent a review is and if the reviewer bought the item on Amazon. It also analyses reviews to verify trustworthiness.

mepeewee
5.0 out of 5 stars Interesting but comfortable read, nostalgic local flavour
Reviewed in Australia on 8 January 2020
Verified Purchase
Anticipating the sequel with interest - an enjoyable read, without being an unnecessarily complex plot. The characters and background pleasantly developed, with none of the errors often found in 'historical' novels.
Read more
One person found this helpful
Helpful
Report abuse

Sandy Barker
4.0 out of 5 stars A delightful read
Reviewed in Australia on 9 February 2020
Verified Purchase
This is my first foray into cosy mysteries and I just loved our heroine, Kitty Underhay, and her partner in solving crime, Matt Bryant. An intriguing tale and a wonderful backdrop, with terrific supporting characters.
Read more
One person found this helpful
Helpful
Report abuse

Typo ☺
5.0 out of 5 stars A light mystery novel
Reviewed in Australia on 26 April 2020
Verified Purchase
Light reading, nice lack of gore regarding the murders. The characters seem to be perfect for the time and style of story.
Read more
One person found this helpful
Helpful
Report abuse

Amazon Customer
5.0 out of 5 stars FANTASTIC BOOK
Reviewed in Australia on 17 May 2020
Verified Purchase
I loved reading this book, especially as I love reading murder mysteries from the 1930s. I look forward to reading more books by author.
Read more
Helpful
Report abuse

Leigh Gribble
4.0 out of 5 stars A good yarn to keep you wondering to the end
Reviewed in Australia on 29 January 2020
Verified Purchase
I enjoyed this light hearted story. Well constructed and kept me guessing to the end, as it stated to play out I had my suspicions. Good yarn!
Read more
One person found this helpful
Helpful
Report abuse
See all reviews

Rhoda Baxter
4.0 out of 5 stars twists and turns to keep you on your toes
Reviewed in the United Kingdom on 15 January 2020
Verified Purchase
Set in 1930's Devon, this is a good old fashioned murder mystery.
Kitty is running the Dolphin hotel while her formidable grandmother is off looking after a great aunt who has broken her leg. Grandmother doesn't seem to believe that Kitty is capable of looking after the place and has hired a new security man, ex-army captain Matthew Bryant. But what Kitty doesn't know (at the start, at least) is that her life is in danger.

There's plenty of mystery and a few cold blooded murders, with enough twists and turns to keep you on your toes. There's an ongoing mystery of Kitty's mother's disappearance, which will probably come up in later books as will the slow burning romance between Kitty and Matthew.

I really enjoyed this book.

nan
2.0 out of 5 stars not sure of the era
Reviewed in the United Kingdom on 25 August 2020
Verified Purchase
I thought the story was good but the author appears to have her era's confused. At the beginning of the book she talks about Kitty taking out the register and Max looking over her shoulder at the "screen"!!!! I could point out many many of these similar mistakes but don't wish to sound picky but, unfortunately if I hadn't read that this was meant to be the 1920's I would have thought it a modern era. Nothing in this book reads 1920, and I think the author should stay with the era she is clearly more at home in because it is a good read ......., just far too many mistakes which cause the reader to be dragged back to the present day. When one reads a book by the likes of Agatha Christie, Georgette Heyer etc, the reader is clearly in the 1920 era...., but this book the reader is in the present, so perhaps the author should write about the modern era only thereby not having to worry about words, sentences and sayings, that would never have been used in the 1920'sand not spoil what should have been an really good read.
Read more
4 people found this helpful
Report abuse

The Reading Room
5.0 out of 5 stars Top-notch, period cosy mystery – Perfect!
Reviewed in the United Kingdom on 26 January 2020
Verified Purchase
Well-written, and with great characters, this is the first book in what promises to be an excellent new series – 5 Stars

When Kitty Underhay’s grandmother has to travel to Scotland to care for an injured relative, she employs Matthew Bryant to act as security manager during her absence. Upset to think that her grandmother believes her less than capable of running the Dolphin Hotel, Kitty soon discovers that Matt is there for her protection as much as anything else…and it quickly becomes evident why!

There are no gimmicks here, this is simply a superbly well-written period cosy. The plot is delightfully complex, merging the disappearance of Kitty’s mother, a series of anonymous letters, rumours of a missing jewel, and the brutal murder of visitor. It’s a mystery that is full of twists and turns, and with scenes that range from tearooms to a masked ball, it’s packed with period detail too.

I was immediately drawn to the main protagonists, Kitty and Matt. Kitty is a wonderful blend of feisty femininity, while Matt doggedly ignores his personal tragedies and phobias to honour his promise to keep Kitty safe. The hints of a potential romance developing between the two are exquisitely subtle, but the intimation of attraction is clearly there. With equally well-drawn supporting characters, the novel also introduces many of the Dolphin’s staff, visitors, and a few of the town’s notable residents too.

Overall: A absolute gem of a cosy mystery, and one that sets the parameters for more great stories to come… I’m off to pre-order the second book in the series 😊
Read more
4 people found this helpful
Report abuse

Lynn Forth
5.0 out of 5 stars An engaging and intriguing cosy crime
Reviewed in the United Kingdom on 30 December 2019
Verified Purchase
The author captured my interest from the start of this cosy crime story. I loved the atmospheric 1930's setting which showed a good awareness of the lingering traumas of WW1 in Captain Matthew Bryant's behaviour. The plot was gripping with plenty of twists and turns and some convincing red herrings to throw the reader off the scent. I particularly enjoyed the Dartmouth location as it is a favourite haunt of mine and could picture many of the scenes. An engrossing start to the series and I look forward to reading more adventures of the intrepid Miss Underhay and the gallant Captain Bryant. More please.
Read more
3 people found this helpful
Report abuse

Ces
5.0 out of 5 stars Very enjoyable
Reviewed in the United Kingdom on 27 December 2019
Verified Purchase
I loved this atmospheric historical mystery. The characters were appealing and I enjoyed the romantic sub-plot. The descriptions of 1930s Dartmouth, the hotel and the other local businesses, all added colour. I’m looking forward to the next book in the series.
Read more
3 people found this helpful
Report abuse
See all reviews
Get FREE delivery with Amazon Prime
Prime members enjoy FREE Delivery and exclusive access to movies, TV shows, music, Kindle e-books, Twitch Prime, and more.
> Get Started
Back to top
Get to Know Us
Make Money with Us
Let Us Help You
And don't forget:
© 1996-2020, Amazon.com, Inc. or its affiliates