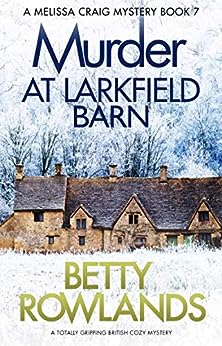 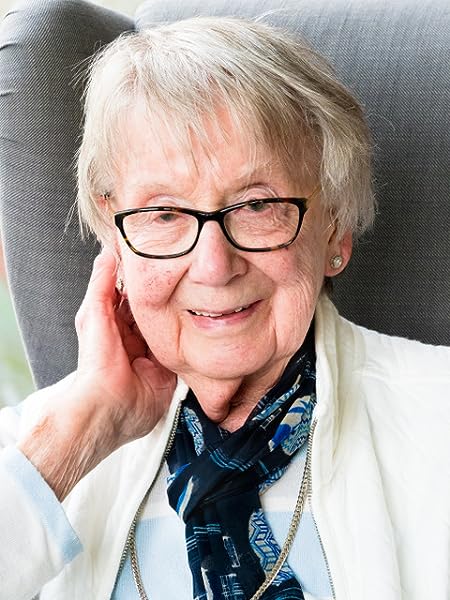 Betty Rowlands burst onto the crime scene in her mid sixties by winning the Sunday Express / Veuve Clicquot Crime Short Story of the Year Competition which shows it's never too late to start writing. Her success continued with her highly acclaimed Melissa Craig mysteries featuring a crime writer who solves mysteries in Gloucestershire. Her second series, The Sukey Reynolds Stories comprise of thirteen books, featuring Sukey Reynolds, a Scenes of Crime Officer who later becomes a detective. She lived in the heart of the Cotswolds, where her Melissa Craig mysteries are set, and then in Bristol which is closer to Sukey Reynolds patch, where she lived until her death on 29 July 2020, just a few months before her 97th birthday. She passed peacefully in the residential home that she called ‘home’. She will be greatly missed by her two surviving children, her four grandchildren, six great grandchildren, other family members, her friends and you, her many readers. The resurgence in interest in her Melissa Craig and Sukey Reynolds books in her last years gave her immense pleasure. She loved to receive emails from her fans knowing that her writing was being so enjoyed. Betty may no longer be with us but Melissa and Sukey are still there solving those mysteries. Keep on reading!

4.5 out of 5 stars
4.5 out of 5
263 global ratings
How are ratings calculated?
To calculate the overall star rating and percentage breakdown by star, we don’t use a simple average. Instead, our system considers things like how recent a review is and if the reviewer bought the item on Amazon. It also analyses reviews to verify trustworthiness.

Toots Sullivan
TOP 500 REVIEWER
4.0 out of 5 stars Quite enjoyable
Reviewed in Australia on 27 July 2019
Verified Purchase
The book got better the more I read it, it started out a bit pedestrian but ratchet up with a good plot and very unlikely murderers. All in all a good read
Read more
Helpful
Report abuse

janet cockayne
5.0 out of 5 stars Keep them coming.
Reviewed in Australia on 4 March 2019
Verified Purchase
So glad I found Betty Rowlands books I can't get enough of them A really good read from start to finish.
Read more

5.0 out of 5 stars Keep them coming.
By janet cockayne on 4 March 2019
So glad I found Betty Rowlands books I can't get enough of them A really good read from start to finish.
Images in this review

DeeDee
4.0 out of 5 stars Excellent
Reviewed in the United Kingdom on 17 September 2020
Verified Purchase
Book 7 in the Melissa Craig series and engrossing reading. My only criticism is that these stories are not the length as published and advertised, for example, Chapter 1 starts at anything from page 5 to page 7, as all the blank pages etc are included in the numbering, hence the actual story is not as long as one would hope for the price - perhaps a minor quibble but one likes to have value for money especially when books are now quite expensive.
However, I do recommend this series for excellent writing and satisfying reading, and intend purchasing the remainder in the series.

Intheamazone
5.0 out of 5 stars A Likeable, Shrewd Protagonist......
Reviewed in the United Kingdom on 28 January 2019
Verified Purchase
Book 7 in the Melissa Craig mysteries from Betty Rowlands, previously published as 'Smiling at Death', sees crime writer and sometime amateur sleuth Melissa amidst a very unpleasant series of crimes indeed. Is there a serial killer at large? Hugely enjoyable once again, well written with a credible cast of characters, a steady plot, red herrings aplenty and a likeable and shrewd protagonist in Melissa. Falls into the cosy genre but with an edge and certainly never as predictable as you may expect. This can easily be read as a standalone although there is huge enjoyment to be had in reading from the start of the series in terms of both timeline and character development. An engrossing read.
Read more
One person found this helpful
Report abuse

ru-Devon
5.0 out of 5 stars Murder at Larkfield Barn.
Reviewed in the United Kingdom on 29 January 2019
Verified Purchase
Would recommend this book to anyone who wants a detective story with a difference. Mel and co. did it again! Didn't see the who did it til she did!! But if mystery and romance too. Thoroughly enjoyed this adventure. Only complaint is having to wait for the next book!!!
Read more
2 people found this helpful
Report abuse

Tracey
5.0 out of 5 stars Murder at Larkfield Barn
Reviewed in the United Kingdom on 18 June 2020
Verified Purchase
Mel Craig discovers the body of a villager and it appears she is the victim of a serial killer. Soon Melissa finds herself caught up in another murder case.
Yet another brilliant book by Betty Rowlands which sees the characters go from strength to strength. I was unable to put it down as I got so engrossed in it. I'm already looking forward to the next book.
Highly recommended.

Kindle Customer
5.0 out of 5 stars Absolutely fascinating
Reviewed in the United Kingdom on 22 November 2019
Verified Purchase
Set in the picturesque Cotswolds, this exciting episode in the excellent series of murder mysteries featuring Melissa Craig, famous author of crime stories, and her dear friends Iris Ash and Ken Harris, now retired from the police and working as a private investigator. Highly entertaining.
Read more
Report abuse
See all reviews
Back to top
Get to Know Us
Make Money with Us
Let Us Help You
And don't forget:
© 1996-2021, Amazon.com, Inc. or its affiliates