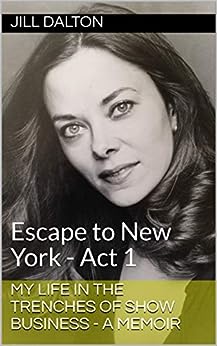 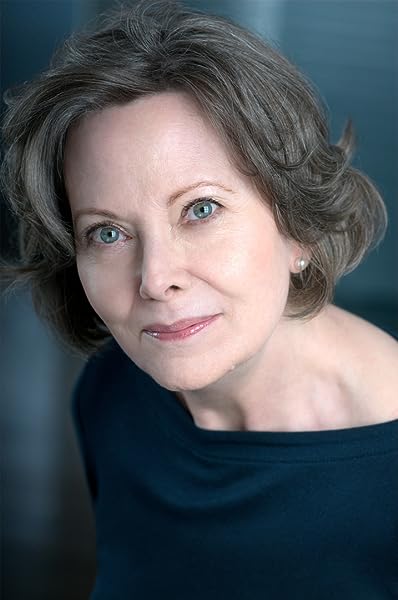 My Life in the Trenches of Show Business - A Memoir: Escape to New York - Act 1 Kindle Edition

by Jill Dalton (Author) Format: Kindle Edition
See all formats and editions
Sorry, there was a problem loading this page. Try again.
A southern Army brat escapes to New York City and navigates the unpredictable and sometimes absurd and treacherous waters of show business.

When Jill steps off the train in Penn Station like so many hopeful actors before her, she has $70 in her wallet, an American Express Card, and the possibility of a part-time job. At 28 she feels as if her life is just beginning. She escaped the South by promising her husband if she doesn’t “make it” in six months she’ll come home. It’s 1978. New York City is bankrupt and reeling from Son of Sam, a blackout riot, a blizzard, poverty, drugs, and crime but to Jill, the gritty fast-paced city is brimming with possibility, creativity, and art. And when her six months are up she refuses to leave. Along the way she fills silver ingot orders for a criminal, does Antigone in a theater that doubles for live porno, manages an elf mutiny in Macy’s Santaland, gets mugged, gets cast on Theatre Row, and a play she’s in is reviewed by the acerbic theater critic, John Simon. But no matter how hard she works or the quality of her work, she seems to be getting nowhere. It’s time to change things up.

Jill Dalton is an Army Brat. She was born in Tokyo, Japan, attended high school in Heidelberg and Nuremberg Germany, and lived on Army bases throughout the south. In 1978 she moved to New York City to become an actress. She has performed off and on Broadway and in Oliver Stone's Wall Street, Law & Order, All My Children, One Life to Live, As the World Turns, Saturday Night Live, Rachael Getting Married, Too Big to Fail, Braid, The Looming Tower, Succession, Things Heard & Seen, and FBI. Her plays Collateral Damage and Whistle-blower were both semi-finalists in the Eugene O'Neill National Playwrights Conference. She's also written and performed three solo plays including Lizzie BordenLive! which was commissioned by the East Lynne Theater Company where she won the JACOBY AWARD for her performance of Lizzie. The play traveled to NJ, NY, MA, RI, and AZ. She also worked extensively with William Hurt on the film Too Big to Fail. And did stand-up comedy for 4 1/2 years where she won the MARY JO COMEDY SHOW AWARD '94 for the best female newcomer, NYC. She currently resides in New York City with her bossy cat, Magpie.

4.7 out of 5 stars
4.7 out of 5
20 global ratings
How are ratings calculated?
To calculate the overall star rating and percentage breakdown by star, we don’t use a simple average. Instead, our system considers things like how recent a review is and if the reviewer bought the item on Amazon. It also analyses reviews to verify trustworthiness.

Jenna Orkin
5.0 out of 5 stars a welcome escape from our wretched times
Reviewed in the United States on 24 August 2020
Verified Purchase
I haven't yet finished this book as the quirks of kindle on a computer confound me: for reasons that remain unexplained, the software propelled me from dalton's positive review from the dour theater critic John simon early on in her career, to the last page of the book. so my impressions are gleaned only from part one.
what a lark this book is! it's been a looooong time since I've been so engaged by a memoir. dalton's writing has gained from her experience in the theater: she seems to be in tune with her audience and acutely aware of what will interest them. she's had a colorful, eventful life and her memory has chosen the best bits to share. an indication of how well she writes is that while covering the same ground as that king of humor-writing, David sedaris, with whom she shares the resumé credential of elf in Macy's SantaLand, she is equally entertaining as well as, god knows, more grounded. (actually, dalton had to settle for 'elf supervisor' since she was too tall to pass as a... what? real elf.)
a must-read for anyone who remembers, whether fondly or not, a bygone era of Woody allen, soap operas and New York before it closed up shop.

Matthew Watts
5.0 out of 5 stars Brilliant! Not just for actors.
Reviewed in the United States on 19 September 2020
Verified Purchase
An artist, no matter what art form, must create. It is a necessity not an option. Jill Dalton follows her dream to make it, as an actor, in NYC during the late 1970's. She is determined, tenacious and understands the meaning of "starving artist." She doesn't let anything get in her way. That is why I found this true story incredibly inspirational. It's about acting but will inspire you no matter what your passion. There are quite a few LOL moments along the way. I recommend this book to anyone who has a dream.
Read more
Report abuse

SScotte
5.0 out of 5 stars Quick entertaining read
Reviewed in the United States on 21 September 2020
Verified Purchase
Jill Dalton's book is a breezy and enjoyable read; I found myself chuckling and laughing (and sometimes gasping an “oh my god!”) throughout. It's written in a very conversational way; indeed, it's almost as if she's telling me these stories in person, over a cappuccino, say. I did feel it ended a bit abruptly, but then I learned that this is just the first in a series of three books. I am looking forward to reading about her further adventures in show business!
Read more
One person found this helpful
Report abuse

Bruce Barrett
5.0 out of 5 stars Jill Dalton: Memoir from the Heart
Reviewed in the United States on 25 August 2020
Verified Purchase
Jill Dalton’s opening salvo in her memoir of life as a struggling actor in New York City left me hungry for more! In this abbreviated format, Dalton is nevertheless able to take me backstage and beyond, with sharp eyes and senses, sharing riveting, intimate, passionate snippets of her life, her feelings, and her proud Army Brat heritage. In unmistakeable Brat fashion, she moves straight toward “the sound of the firing,” come what may. “The Colonel,” her Dad, would be proud — after he flipped his lid!
Read more
One person found this helpful
Report abuse

CathL
5.0 out of 5 stars Great read!
Reviewed in the United States on 13 September 2020
Verified Purchase
I really enjoyed this book. It’s interesting, funny and kept me engaged. I look forward to reading more of the author’s story.
Read more
One person found this helpful
Report abuse
See all reviews
Back to top
Get to Know Us
Make Money with Us
Let Us Help You
And don't forget:
© 1996-2021, Amazon.com, Inc. or its affiliates