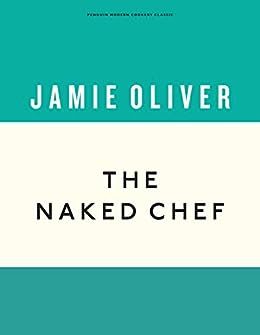 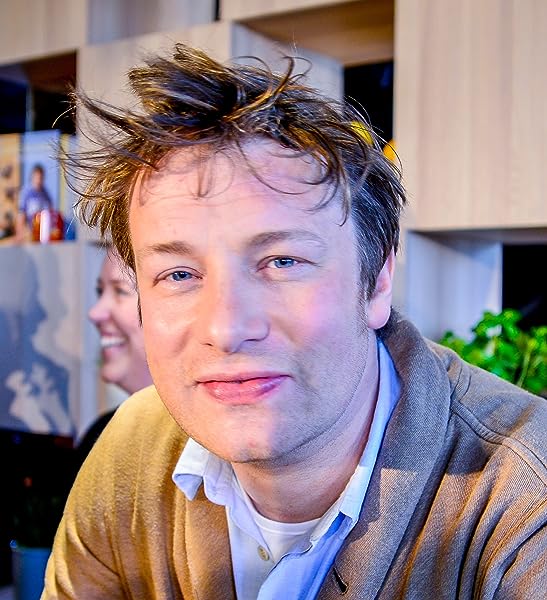 There is only one Jamie Oliver. Great to watch. Great to cook ― Delia Smith --This text refers to the hardcover edition.

Jamie's first book - a Number One international bestseller reissued with a stunning new cover. --This text refers to the hardcover edition.

Jamie Oliver is a phenomenon in the world of food. He is one of the world s best-loved television personalities and one of Britain's most famous exports. Jamie has had huge success with television series The Naked Chef (BBC), Jamie's Kitchen, Jamie's School Dinners, Jamie's Great Italian Escape, Return to School Dinners, Jamie's Chef, Jamie at Home, Jamie's Ministry of Food, Jamie Does, Jamie's 30 Minute Meals, Jamie's Great Britain, Jamie's 15 Minute Meals and the Emmy Award-winning Jamie's Food Revolution (ABC), as well as the one-off specials Jamie's Fowl Dinners, Eat To Save Your Life, Jamie Saves Our Bacon and Jamie's Fish Suppers (all for Channel 4).

Jamie has inspired people to spend more time enjoying cooking delicious food from fresh ingredients - and even start growing their own food! His programmes have now been broadcast in over 100 countries including the USA, Australia, South Africa, Brazil, Japan and Iceland. Having been translated into over 30 languages, the accompanying cookbooks are bestsellers not only in the UK but across the world. His 2010 book, Jamie's 30 Minute Meals, became Jamie's first million-selling book in the UK as well as being the fastest-selling non-fiction book since records began. His 2012 book was Jamie' s 15 Minute Meals.

The high street restaurant collection 'Jamie's Italian' is hugely popular across the UK and the Fifteen restaurant group, which he founded in 2002, provides training for young people in three locations around the world as well as producing food of the highest quality. Jamie s restaurants also include Barbecoa in London and the Union Jacks collection in partnership with US chef Chris Bianco. Jamie lives in London and Essex with his wife, Jools and his kids, Poppy, Daisy, Petal and Buddy.

Born on 27 May 1975, Jamie took an early interest in food. He grew up in Essex, where his parents Trevor and Sally still run their own highly respected pub/restaurant The Cricketers in Clavering and was frequently found helping out in the kitchens. His fascination for food continued to grow and at 16 Jamie left school and completed his training at Westminster Catering College. After spending some time working in France, followed by a stint at Antonio Carluccio's Neal Street Restaurant (where he first met mentor Gennaro Contaldo), Jamie joined the acclaimed River Cafe where he worked for three and a half years alongside Rose Gray and Ruth Rogers.

In 1997, Jamie was featured in a television documentary about the River Cafe. Soon after the documentary was aired, Jamie was offered his own television show and The Naked Chef was born. The concept behind The Naked Chef was to strip food down to its bare essentials and Jamie's hands-on style and general laid back outlook was like a breath of fresh air, inspiring everyone to cook and winning himself a BAFTA Award for the best television series in the Features Category in 2000.

Jamie spent the autumn of 2001 taking his cookery show on the road. The Happy Days Tour was a huge success with over 17,000 people packing theatres in the UK. The tour then took in Australia and New Zealand, where Jamie played to sold out crowds in seven cities. He had become a global phenomenon. 2001 also saw Jamie cooking for the Italian Prime Minister at Downing St at Tony Blair's invitation and also writing various columns in magazines including GQ and The Saturday Times magazine, bringing his recipes to another eager audience.

By the end of 2001 Jamie needed a new challenge; he wanted to 'give something back' to the catering industry, so he decided to open a training restaurant for young people who were not in full time education or employment. Followed by cameras that documented his every move he spent the year setting up a training scheme, the restaurant and the charity into which all the profits would be channelled. The series, Jamie's Kitchen, broadcast by Channel 4 in the UK, became one of the biggest hit shows of the year. It has now been shown in over 40 countries and the tie-in book, also called Jamie's Kitchen, became a runaway success. The triumph of the restaurant was shown when it won Tatler Best Restaurant Award 2003, and the Academy Award of Excellence at the Tio Pepe Carlton London Restaurant Awards in the same year. Jamie was awarded an MBE in 2003 for his contribution to the hospitality industry. The Fifteen Foundation charity now owns Fifteen London and continues its work, recently recruiting the eighth year of students for training in London. The first Fifteen franchise opened in Amsterdam in 2004 and subsequent Fifteens have opened in Cornwall, UK and Melbourne, Australia in 2006.

In 2004, motivated by the poor state of school dinners in UK schools, Jamie embarked on one of his most ambitious ventures to date. He went back to school with the aim of educating and motivating the kids and dinner ladies to enjoy cooking and eating healthy, nutritious lunches rather than the processed foods that they were used to. Jamie launched a national campaign called Feed Me Better (www.feedmebetter.com) and launched an online petition for better school meals. As a result of the 271,677 signatures on the petition, which Jamie took to 10 Downing Street on 30th March 2005, the government pledged an extra e280 million to improve the standard of school meals, to provide training for dinner ladies and equipment for schools. Over seven months of hard work and constant filming culminated in the award-winning series Jamie's School Dinners, shown on Channel 4. The series prompted a public outcry for change to the school meals system and was awarded Best Factual programme at the UK National TV Awards. Jamie also received a special award for his contribution to television at the National TV awards.

A follow-up documentary, Jamie's Return to School Dinners aired on Channel 4 in September 2006. As a result of Jamie's new findings the British government made further investment in school meals and food education for school children.

Between these two documentaries, in 2005, Jamie took a break from schools with Jamie's Great Italian Escape, a series based on his travels around Italy and his love of Italian food. This was accompanied by Jamie's sixth book, Jamie's Italy which instantly went to No.1 in the UK and sold more copies in the week before Christmas than any other non-fiction book has ever done. The book was also nominated for the British Book Award 'Book of the Year' in the UK.

In addition to Jamie's television programmes and books, Jamie spent 12 years working with top UK supermarket chain, Sainsbury's, advising them on how to further improve the quality and variety of supermarket food (the partnership ended amicably at the end of 2011). He has also designed a number of ranges of quality tableware --This text refers to the hardcover edition.
Read more

4.5 out of 5 stars
4.5 out of 5
269 global ratings
How are ratings calculated?
To calculate the overall star rating and percentage breakdown by star, we don’t use a simple average. Instead, our system considers things like how recent a review is and if the reviewer bought the item on Amazon. It also analyses reviews to verify trustworthiness.

Mrs Piglet
5.0 out of 5 stars The best Oliver ever wrote
Reviewed in the United Kingdom on 21 March 2020
Verified Purchase
Personally I dislike Jamie Oliver, but this first book of his remains inspirational (despite his 'Mockney' slang) with ideas as fresh then as they remain today. I bought The Naked Chef pre-used, but in vgc and am very pleased with my purchase and seeing it back on the shelf since the last cookbook got lost in our house move.
Read more
Report abuse

Alex
5.0 out of 5 stars He's not naked
Reviewed in the United Kingdom on 25 May 2020
Verified Purchase
Well I don't know why I thought he would be. Perhaps I was supposed to be naked when I cooked with it.

Superb. Buy it, make them, eat up

Mrs Ferret
4.0 out of 5 stars Simple Chocolate Tart
Reviewed in the United Kingdom on 2 November 2019
Verified Purchase
Really only wanted this for the Simple Chocolate Tart recipe but looking forward to trying some others. It is a bit dated though.
Read more
Report abuse

Dave
4.0 out of 5 stars Some good recipres
Reviewed in the United Kingdom on 21 February 2019
Verified Purchase
Good value for price. Not many different or inspiring recipes.
Read more
One person found this helpful
Report abuse

LAdyhawke.
5.0 out of 5 stars I`ve been inspired!
Reviewed in the United Kingdom on 26 June 2000
Verified Purchase
Having been bored with cooking for myself, being a recent widow, Jamie Oliver`s TV programmes have inspired me into giving dinner parties again which is why I have both of his books. I like his simplicity & figured if he can do all this in a half-hour prog. I can surely do the same in just a little longer. I have tried more than seven so far this month and one comment from my guests "That was a cracking meal!"- to the carpaccio of beef. And the tray-baked pork chops - absolutely mouthwatering - from my daughter & son-in-law who are both top chefs. What more can I say- I rave about the lad!
Read more
9 people found this helpful
Report abuse
See all reviews
Back to top
Get to Know Us
Make Money with Us
Let Us Help You
And don't forget:
© 1996-2021, Amazon.com, Inc. or its affiliates