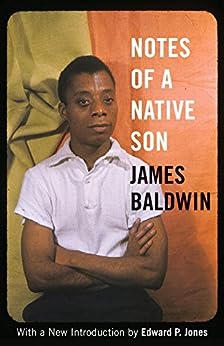 ''The collected 'pieces' of the author of Go Tell It on the Mountain form a compelling unit as he applies the high drama of poetry and sociology to a penetrating analysis of the Negro experience on the American and European sceneThe expression of so many insights enriches rather than clarifies, and behind every page stalks a man, an everyman, seeking his identityand ours. Exceptional writing.'' --Kirkus Reviews

''Baldwin's vision, his humor, his tragically beautiful style, make this a book [to]turn to for a long time.'' --American Scholar

''I owe a tremendous debt to the example of his work.'' --John Edgar Wideman, National Book Award nominee

''He named for me the things you feel but couldn't utter . . . articulated for the first time to white America what it meant to be American and a black American at the same time.'' --Henry Louis Gates Jr., author, essayist, and literary critc

''A straight-from-the-shoulder writer, writing about the troubled problems of this troubled earth with an illuminating intensity.''   --Langston Hughes, poet, social activist, and novelist   --This text refers to the mp3_cd edition.

James Baldwin (1924-1987) was educated in New York. His first novel, Go Tell It on the Mountain, received excellent reviews and was immediately recognized as establishing a profound and permanent new voice in American letters. The appearance of The Fire Next Time in 1963, just as the civil rights movement was exploding across the American South, galvanized the nation and continues to reverberate as perhaps the most prophetic and defining statement ever written of the continuing costs of Americans' refusal to face their own history. It became a national bestseller, and Baldwin was featured on the cover of Time. The next year, he was made a member of the National Institute of Arts and Letters and collaborated with the photographer Richard Avedon on Nothing Personal, a series of portraits of America intended as a eulogy for the slain Medger Evers. His other collaborations include A Rap on Race with Margaret Mead and A Dialogue with the poet-activist Nikki Giovanni. He also adapted Alex Haley's The Autobiography of Malcolm X into One Day When I Was Lost. He was made a commander of the French Legion of Honor a year before his death, one honor among many he achieved in his life.

--This text refers to the mp3_cd edition.

4.8 out of 5 stars
4.8 out of 5
1,123 global ratings
How are ratings calculated?
To calculate the overall star rating and percentage breakdown by star, we don’t use a simple average. Instead, our system considers things like how recent a review is and if the reviewer bought the item on Amazon. It also analyses reviews to verify trustworthiness.

gingernut
5.0 out of 5 stars I love James Baldwin
Reviewed in the United Kingdom on 4 September 2017
Verified Purchase
I love James Baldwin. He's always got a lot to say and knows his stuff. Reading his Notes enlightens me onto other books he mentions, which is always a good thing.
Read more
Report abuse

DMB
5.0 out of 5 stars A good read
Reviewed in the United Kingdom on 5 October 2017
Verified Purchase
Insight into a different era. The more we change the more we remain the same.
Read more
Report abuse

A. Maryon
5.0 out of 5 stars Wonderful
Reviewed in the United Kingdom on 23 April 2017
Verified Purchase
A timeless classic. So insightful and poetic at the same time. Wonderful
Read more
Report abuse

Amazon Customer
5.0 out of 5 stars ✊
Reviewed in the United Kingdom on 1 September 2016
Verified Purchase
Wonderfull
Read more
Report abuse
See all reviews
Back to top
Get to Know Us
Make Money with Us
Let Us Help You
And don't forget:
© 1996-2021, Amazon.com, Inc. or its affiliates