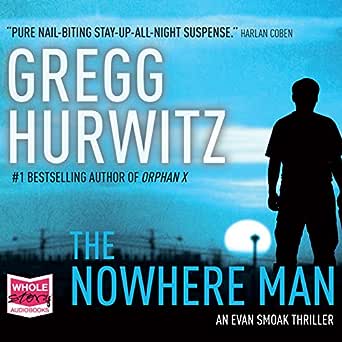 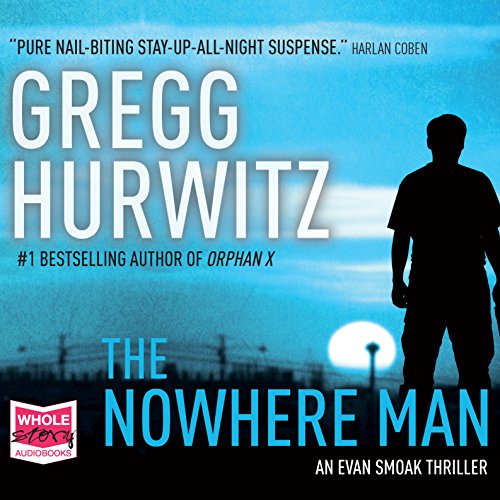 4.5 out of 5 stars
4.5 out of 5
1,234 global ratings
How are ratings calculated?
To calculate the overall star rating and percentage breakdown by star, we don’t use a simple average. Instead, our system considers things like how recent a review is and if the reviewer bought the item on Amazon. It also analyses reviews to verify trustworthiness.

Amazon Customer
5.0 out of 5 stars Gregg Hurwitz never dissapoints
Reviewed in Australia on 29 January 2017
Verified Purchase
Another epic read from an incredibly talented storyteller and writer. Five stars because I can't give 6+! Up there with Duane Swierzynski's 'Revolver' and Terry Hayes 'I am Pilgrim' as top reads !!!
Read more
3 people found this helpful
Helpful
Comment Report abuse

Emma
3.0 out of 5 stars Enjoyable and far fetched
Reviewed in Australia on 19 April 2017
Verified Purchase
Liked this better than Orphan X but it was very far fetched and unrealistic. Not a book that was impossible to put down and an easy read. The ending left the way for another book in the series but I hope the author knows when to call it quits and doesn't drag the series out too far.
Read more
Helpful
Comment Report abuse

Chris Messer
5.0 out of 5 stars Thrilling
Reviewed in Australia on 13 April 2019
Verified Purchase
Second Orphan X book read in a week. So riverting, it's almost impossible to put down. Will be starting next book immediately.
Read more
One person found this helpful
Helpful
Comment Report abuse

wgodden
5.0 out of 5 stars A great page turner
Reviewed in Australia on 24 May 2018
Verified Purchase
Thoroughly enjoyed the story. Well written with believable characters. A couple of the chase scenes were a bit long and James Bond like but other than that it was an entertaining read.
Read more
Helpful
Comment Report abuse

Joshua Wilson
5.0 out of 5 stars Even better than book 1
Reviewed in Australia on 21 February 2017
Verified Purchase
I read this book in 3 sittings - only because I had to sleep, and go to work. If I didn't have to do either of those things, I would have read it in 1. I hope you're working on another one, Gregg!
Read more
One person found this helpful
Helpful
Comment Report abuse

J. Sechi
4.0 out of 5 stars Couldn't put it down.....
Reviewed in Australia on 24 March 2017
Verified Purchase
This fast paced book certainly kept me on the edge of my seat. I'm looking forward to the next instalment of Evan's saga, perhaps a change of direction for him?
Read more
Helpful
Comment Report abuse

Dog lover
5.0 out of 5 stars If I am in trouble I want this guy on my side!!!!!!
Reviewed in Australia on 22 January 2020
Verified Purchase
Very well written,I like this guy read all books so far,hopefully more are to come.
Read more
Helpful
Comment Report abuse

Max
3.0 out of 5 stars Ok
Reviewed in Australia on 4 May 2017
Verified Purchase
Ok ... but I felt that Orphan X was much better, so maybe my expectations were a little high, still enjoyed but.....
Read more
Helpful
Comment Report abuse
See all reviews

Charles Green
3.0 out of 5 stars Not Terrible But Not As Satisfying As Orphan-X
Reviewed in the United Kingdom on 4 April 2018
Verified Purchase
It's a while since I read The Nowhere Man, but having just finished the follow-up, Hell Bent, I felt I should submit a short review of this second Orphan-X novel.

I'm afraid that I fall into the camp that found Nowhere Man a rather disappointing affair. It wasn't a complete bust by any means, but it definitely failed to grip or entertain to the same degree as Orphan X.

Whilst I commend Gregg Hurwitz for avoiding the easy option of simply producing a reheated version of the first book's plot, I felt that the route he decided to take really didn't come off. The main problem for me, as it seemed to be or other Amazon reviewers, was the rather repetitive nature of events. To me it felt like the plot stalled for too much of book's length, robbing the story of the expected & necessary dynamism. What should have been a page turner that you couldn't put down became just a little bit tedious after a while.

This creates a two-fold problem for escapist, action-driven thrillers like Nowhere Man. Firstly, it means that the book isn't delivering what its supposed to; namely thrills and excitement. Secondly, it makes it harder for the reader to maintain the necessary suspension of disbelief that the story requires in order to work. When events are barreling along at a breakneck pace the reader doesn't have time to think how utterly implausible events on the page. However, when a story of this sort stalls, as The Nowhere Man does, its harder to ignore the more outlandish and ridiculous parts of the plot.

As a result The Nowhere Man is a far less satisfying read than Orphan-X. Yes, it develops the character of Evan Smoak and the world he inhabits further, but it isn't gripping enough whilst it does it. And for all the sound and fury on offer, it doesn't really move any of the characters forward from where there were at the beginning of the book. All in all The Nowhere Man feels like a book that expends a lot of energy only to leave the wheels on the Orphan X Series spinning.

Bushcraft For Kids
5.0 out of 5 stars If you want a book that is written in a real way and will absord you into the story, The Orphan X Series is for you.
Reviewed in the United Kingdom on 28 March 2017
Verified Purchase
After reading Orphan X I was looking forward to Nowhere Man. It didn't disappoint. Well written in a easily read style. I read my review to this book and though "I haven't really given it credit" So here goes. The Orphan X Thrillers are in a class of their own. They are about a complex character who you always want to get behind. As you read the books you learn more and more about Evan. Gregg Hurwitz has a away of writing in great detail without getting bogged down making it boring.

I worked as an undercover Officer although it is miles apart from what Evan did and does in these stories and Evan is fictional there are parts of this book that you will wonder could they really happen. The main character, Evan has been developed and you see that Greg Hurwitz has created and written about a personality to perfection. I suffer from PTSD and Evan reflects on his past and guilt in a way that will resonate with the reader, you don't need to have been through things in life that are clandestine to relate to Evan, his personality and his relationships....you just need to be human.

Personally I hope this series runs and runs and would make an excellent movie or series or movies. There is also the fact that you will enjoy every page of this book and want to learn more about the characters. It is often said glibly, "I couldn't put it down" But in this case I couldn't.

I read many books and never thought I would find a new series that caught my attention and imagination like the Orphan X Thriller.

If you like action books, thrillers and want to read something that is fresh, invigorating and different to many of the stories that are the same old story in a different backdrop read the Orphan X Thrillers. Gregg Hurwitz has written something new which will appeal to a wide audience in a genre that has at time become a little repetitive.

Ciderman
2.0 out of 5 stars Going nowhere
Reviewed in the United Kingdom on 20 September 2017
Verified Purchase
I quite enjoyed the original book, Orphan X, but this was a very poor sequel and should end any prospect of a series. It wasn't so much the preposterous plot that bothered me but the whole thing was just so dull, repetitive and predictable. I still admire the author's writing style but it needs to be applied to more substantial work than this.
Read more
8 people found this helpful
Report abuse

Gezza K.
5.0 out of 5 stars Good read that kept me guessing as to what the outcome would be
Reviewed in the United Kingdom on 4 June 2017
Verified Purchase
What a good read, didn't see the the story line coming. I thought this may end up being a sort of formula for the character in a new situation each time (sort of like Jack Reacher novels), but oh no! Took me on a journey that I had no clue as to which way it would go, everytime I thought I had the plot sussed it went in a different direction.
Read more
6 people found this helpful
Report abuse

Mig Bardsley
3.0 out of 5 stars Not my kind of thing.
Reviewed in the United Kingdom on 5 March 2018
Verified Purchase
This is ok if you like lots of boys toys, bits of bleeding body flying about and hard, lonely men, trying to stay alive and keep a little humanity amidst a plethora of Bond like baddies Even though they've been beaten up, drugged, shot at, sliced and battered with unusual weapons and generally all but killed, they can still plan and execute quite remarkable feats of semi armed combat against enormous, intelligent and super fit goons. And I suppose it's quite well written, of its kind. There's a plot. There's a Deus ex machina rescue. I don't know why I finished it really.
Read more
4 people found this helpful
Report abuse
See all reviews
Get FREE delivery with Amazon Prime
Prime members enjoy FREE Delivery and exclusive access to movies, TV shows, music, Kindle e-books, Twitch Prime, and more.
> Get Started
Back to top
Get to Know Us
Make Money with Us
Let Us Help You
And don't forget:
© 1996-2020, Amazon.com, Inc. or its affiliates