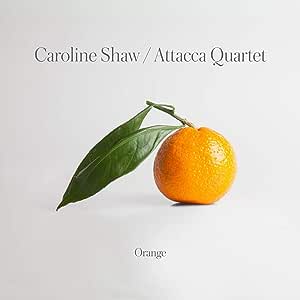 Secure transaction
Your transaction is secure
We work hard to protect your security and privacy. Our payment security system encrypts your information during transmission. We don’t share your credit card details with third-party sellers, and we don’t sell your information to others. Learn more
Details
Ships from
Amazon AU
Sold by
Amazon AU
New (10) from
$18.37 FREE Delivery on first order.

4.5 out of 5 stars
4.5 out of 5
93 global ratings
How are ratings calculated?
To calculate the overall star rating and percentage breakdown by star, we don’t use a simple average. Instead, our system considers things like how recent a review is and if the reviewer bought the item on Amazon. It also analyses reviews to verify trustworthiness.

Ian Thumwood
5.0 out of 5 stars The string quartet flexes it's muscles
Reviewed in the United Kingdom on 31 March 2020
Verified Purchase
My friend Jazzrook recommended this recording having heard it on BBC Radio 6 and made a comment as to how impressed he was with the opening "Entr'acte." I would have to say that I share his enthusiasm as the opening composition is pretty remarkable. There seemed to be a consensus that that the opening and closing compositions were the strongest on this record but repeated listening has really made me fascinated by the whole disc. The other pieces probably need a little more time and patience to sink in.

String quartets are often seen as the testing ground for composers and the whole oeuvre is something where the likes of Beethoven and Bartok have produced what are seen as defining statements. It is largely unfamiliar territory for me as my taste in Classical Music tends to be the 20th century material but there is something about Early and Baroque music which appeals too - I think the use of a ground bass and the way some composers of Bach's generation seemed to produce work which came out of an improvised process resonates because my main passion in music is jazz. Caroline Shaw's music clearly has a healthy does of indebtedness to this ear of composition yet the music is delivered with an attack and timbre which owes a lot to contemporary music. Elements of the material are intensively lyrical whereas the extensive use of pizzicato makes the music extremely visceral at the same time. There are also elements where the music almost becomes microtonal.

You could throw all sorts of positive adjectives about this music. I like the comment in the review that the works on here are a love letter to the String Quartet yet this does not do the music justice. For me, this is both a statement of what a string quartet is capable of being as well as seeing to be wholly relevant to our times. It does not sound overly academic albeit this is far more robust that the simplistic, ethereal and spiritual music which sought to seduce the classical audience to more contemporary composers in the late 1980s and early 1990s. By contrast, Caroline Shaw has composed works for a string quartet which have a pugnacious energy and do not really make any concessions it you have a degree of reticence about contemporary music.

I find contemporary Classical music a strange environment. I am not fussed by some of the more spiritual composers of the last 20-30 years whose work sometimes seems simplistic and out of touch and have also attended concerts where contemporary music has been performed and led me to thinking "what was the point if that?" The music on this disc seems to find a territory where it is not inaccessible yet also capable of delving in to the past and coming up with a solution which is punchy enough to seem totally relevant. Part of the success stems from the fact that Shaw is not trying to prove anything and simply letting this format flex it's muscles. Recommended.

A. Wilson
5.0 out of 5 stars musical content
Reviewed in the United Kingdom on 14 March 2020
Verified Purchase
Heard this first on Radio 3 and needed to hear more. Not my usual taste in music but I really love it. Try it and widen your horizons.
Read more
2 people found this helpful
Report abuse

J S Romain
4.0 out of 5 stars Compelling listening.
Reviewed in the United Kingdom on 1 November 2020
Verified Purchase
Something new is noticed with each listening.
Read more
Report abuse
See all reviews
Back to top
Get to Know Us
Make Money with Us
Let Us Help You
And don't forget:
© 1996-2021, Amazon.com, Inc. or its affiliates