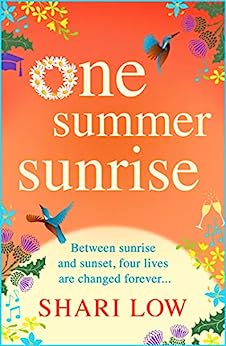 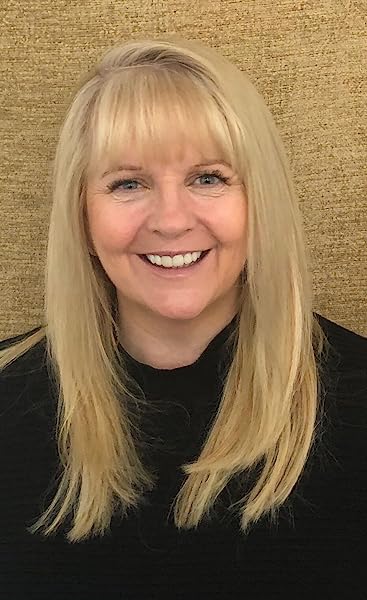 4.3 out of 5 stars
4.3 out of 5
699 global ratings
How are ratings calculated?
To calculate the overall star rating and percentage breakdown by star, we don’t use a simple average. Instead, our system considers things like how recent a review is and if the reviewer bought the item on Amazon. It also analyses reviews to verify trustworthiness.

Denise
5.0 out of 5 stars Another easy read from this author
Reviewed in Australia on 15 July 2021
Verified Purchase
A list of characters with their lives intertwined leads to a good narrative. The characters are real and it is easy to identify with them. I like the way the author ties up the ends.
Read more
One person found this helpful
Helpful
Report abuse

Angela Baldrick
5.0 out of 5 stars Another great read
Reviewed in Australia on 2 July 2021
Verified Purchase
Here I am again in tears after reading another of Shari Lows books, One Summer Sunrise. Loved it from start to finish, I felt all the emotions throughout, funny, shock, sad, relief and tears at the lovely ending. Thanks Shari for another wonderful read x
Read more
Helpful
Report abuse

Dee
5.0 out of 5 stars Loved this book so much
Reviewed in Australia on 17 July 2021
Verified Purchase
I don’t do book reviews but had to write this one as this book was such a great read.
Wonderful characters and a splendid story line. I’ll be reading more books by Shari Low.
Read more
Helpful
Report abuse

Kindle Customer
5.0 out of 5 stars Loved
Reviewed in Australia on 30 September 2021
Verified Purchase
Enjoyed the real life feelings of the characters and did not put this down till id read the whole thing
Read more
Helpful
Report abuse

A
5.0 out of 5 stars Great read
Reviewed in Australia on 17 October 2021
This is a perfect summer holiday read. Interesting characters and interwoven plot. Look forward to reading more books by this author.
Read more
Helpful
Report abuse

Rosie
TOP 100 REVIEWER
5.0 out of 5 stars Another cracking good read by Shari Low.
Reviewed in Australia on 8 July 2021
Verified Purchase
I always know I'm in for a cracking great read from Shari Low. In One Summer Sunrise, we catch up with characters she has written about before, plus some new ones. If you haven't met them before, it doesn't matter, but Ms Low's stories are well worth your time.
There are secrets being kept, private grief, unspoken yearning and a search for closure. There is also redemption, forgiveness and love.
This story follows the happenings of a group of family and friends as they prepare to farewell young Carny Bassett, as she finishes up university and heads off for new horizons. As her family and friends gather to have a huge celebration, a whole cascade of events befall them. Within days, many lives will be irrevocably changed.
Read more
Helpful
Report abuse
See all reviews

Carol From Glasgow
5.0 out of 5 stars Another fantastic book not to be missed by Shari Low
Reviewed in the United Kingdom on 10 June 2021
Verified Purchase
I absolutely loved this. Have read almost all the wonderful books written by this amazing author. I just cannot put them down. Her characters are so enthralling and she writes so well you Actually feel you know them all personally. I love these books so much and can totally lose myself in the story. I read this in two days and if I could I would finish sooner (family duties git in the way). The only downside is I love to read them so much but when I finish it I feel disappointed And as if I am losing my 'friends'. I cannot wait to read more from this very very talented writer. Utterly in awe of her writing skills and look forward to many more stories with these amazing characters. A must read and one I would highly recommend. AMAZING!!!!
Read more
7 people found this helpful
Report abuse

Amazon Customer
3.0 out of 5 stars Get your facts straight, Shari
Reviewed in the United Kingdom on 4 June 2021
Verified Purchase
Only 15% in and one of the characters reveals she's an adoptee who has done a dna test to look for her biological family...the next few sentences have me seeing red! Apparently this character has zero matches in the data base of dna tests! IMPOSSIBLE, unless you are an alien!! Character goes on to say she's still wondering about her ethnicity...duh, the test results give you that (true, the ethnicity portion of the test is just an estimate and % changes as the companies update). Please, authors everywhere, get your facts straight before someone takes you at your word and thinks this is possible.
Read more
3 people found this helpful
Report abuse

Ms Frog
2.0 out of 5 stars Irritating writing style mars OK story
Reviewed in the United Kingdom on 3 July 2021
Verified Purchase
This was a decent, easy-read story of people finding each other; relationships forming, breaking, getting rearranged etc. However, the writing style was irritating. The characters were interchangeable and all dialogue was samey. I lost count of how often a 'witty' sally was explained as such, or a character's ability to be funny was over-stated. The writer made sure to show off a considerable vocabulary of alternative words for 'said' when working through each leaden exchange, giving the impression that the reader needs a signpost in order to recognise humour. It was all rather patronising and clunky. I won't be reading anything else by this author.
Read more
One person found this helpful
Report abuse

Sue D
5.0 out of 5 stars Not a dry eye in the house.
Reviewed in the United Kingdom on 7 August 2021
Verified Purchase
At first I wasn’t sure if I would enjoy this book. The elderly Harriet was 80 and lived alone. Recovering from a broken hip, she had decided that she didn’t want to carry on because she was so lonely.
However, as the day unfolds, so does the story, with many characters being brought in, weaving their different stories together. As I have come to expect from Shari Low, alongside the sadness there is also an irrepressible humour. I won’t spoil the story by telling you what happens, but I can assure you that it is a good read.
Read more
2 people found this helpful
Report abuse

Amazon Customer
5.0 out of 5 stars Another page turner
Reviewed in the United Kingdom on 7 June 2021
Verified Purchase
Shari has this amazing knack to steal time. Planning only to read one chapter i devoured the book in one sitting. Her characters, her twists, her gripping storylines are just magic. Having binged on all her books earlier in the year I was really looking forward to this, but now I have to wait again.
Read more
2 people found this helpful
Report abuse
See all reviews
Back to top
Get to Know Us
Make Money with Us
Let Us Help You
And don't forget:
© 1996-2021, Amazon.com, Inc. or its affiliates