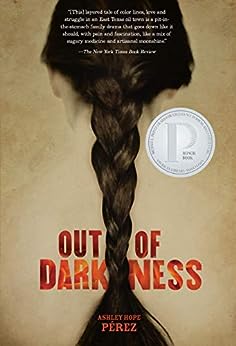 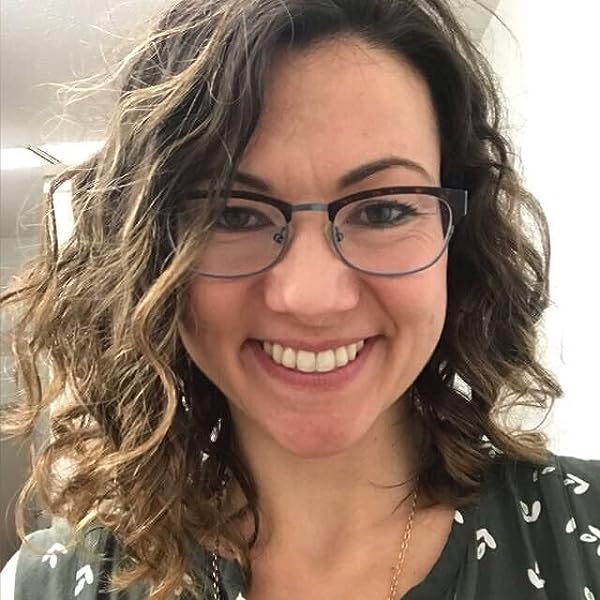 Out of Darkness Kindle Edition

"The beauty of Perez's prose and her surefooted navigation through the dangerous landscape of the East Texas oil field in the late 1930s redeem the fact that anyone who dares read this agonizing star-crossed love story will end up in about six billion numb and tiny pieces. Absolutely stunning." --Elizabeth Wein, author of Code Name Verity and Michael L. Printz Award Honoree

A dangerous forbidden romance rocks a Texan oil town in 1937, when segregation was a matter of life and death.

A Printz Honor Book --This text refers to the paperback edition.

Ashley Hope Perez grew up in Texas and served in the Teach for America Corps in Houston. She holds a PhD in comparative literature and is a visiting assistant professor of comparative studies at The Ohio State University. She spends most of her time reading, writing, and teaching college classes on a wide range of topics that includes vampire literature and Latin-American women writers. She is the author of the YA novels What Can't Wait (Carolrhoda, 2011) and The Knife and the Butterfly (Carolrhoda, 2012). Her debut novel What Can't Wait won a spot on the 2012 YALSA Best Fiction for YA list. Ashley lives in Ohio with her husband, Arnulfo, and their son, Liam Miguel. Visit her online at http://www.ashleyperez.com/. --This text refers to the hardcover edition.
Read more

4.4 out of 5 stars
4.4 out of 5
94 global ratings
How are ratings calculated?
To calculate the overall star rating and percentage breakdown by star, we don’t use a simple average. Instead, our system considers things like how recent a review is and if the reviewer bought the item on Amazon. It also analyses reviews to verify trustworthiness.

Darrell M.
1.0 out of 5 stars Harmful material
Reviewed in the United States on 16 October 2020
Verified Purchase
(a) For purposes of this section:
(1) “Minor” means an individual younger than 18 years.
(2) “Harmful material” means material whose dominant theme taken as a whole:
(A) appeals to the prurient interest of a minor, in sex, nudity, or excretion;
(B) is patently offensive to prevailing standards in the adult community as a whole with respect to what is suitable for minors; and
(C) is utterly without redeeming social value for minors.

Alex Bourque
1.0 out of 5 stars Traumatizing!
Reviewed in the United States on 10 December 2020
Verified Purchase
I had to read this book for a college class, and it was so traumatizing for violence, sexual abuse, and racism that I could only make it halfway though. I don’t know how this book was published.
Read more
112 people found this helpful
Report abuse

juan bobo
5.0 out of 5 stars I'm grateful to the angry parent at a local school board meeting who compelled me to buy this book
Reviewed in the United States on 8 October 2021
Verified Purchase
I saw a video clip from a school board meeting where an angry parent cherry picked a passage from this book in an attempt to have it removed from a school library because of "sexual content." Without that prompting, a young adult novel probably would have flown under this 60-year-old reader's radar, but I'm glad it didn't because it's one of the best novels I've ever read.
It turned out that the passage was simply part of the author's brilliant character development, and it had little else to do with the novel. It involved the white schoolboys' fantasies of dehumanizing the Mexican American protagonist and defined a collective character referred to simply as "The Gang."
At it's core, this book is a love story between an African American boy and a Mexican American girl, but it's set against the backdrop of the unrelenting racism and misogyny that characterized deep East Texas in the 1930s, and a non-fictional disaster that was the New London School explosion.
The story is intricately woven and compelling, and all the characters, whether protagonist or antagonist, are multidimensional. Even the villain is humanized and, at times, the reader might even be somewhat sympathetic toward him— as difficult as that may be.
After reading the book— in its entirety— it's my conclusion that "sexual content" was not the parent's real objection. Edit: If this book were a movie, it would probably be rated PG-13.
Read more
29 people found this helpful
Report abuse

Joanna F. Crawford
5.0 out of 5 stars Experiencing the Stories of Others
Reviewed in the United States on 3 October 2021
Verified Purchase
Reality can be disturbing. Heavy. Traumatic. But one of the purposes of art is to show us reality - the beautiful and the ugly. The best art brings together our intellect and our feelings, so that we don’t just view reality dispassionately, we feel it. Powerful fiction gives us the opportunity to not just learn about experiences not our own, but in some way, to feel we are experiencing them, too.

Out of Darkness gives us that, which is perhaps why it upsets some people. We don’t want to know harsh truths about the racism in our history, and we certainly don’t want to have to feel we are experiencing it! The author doesn’t just give us a window to peek into another world, she allows us to be inside different characters, feeling their joy, their hopes, their fears. I am all churned up. This is what good literature does to a person.

I’ll be sharing this book with my young adult children. They are 8th generation white Texans, and their grandfather grew up in East Texas at the time of this story. It is good for them to be churned up, too, to imagine stories outside the ones they have grown up hearing. To understand that reality is not limited to their own experience.
Read more
27 people found this helpful
Report abuse

S. D.
5.0 out of 5 stars Emotional Roller Coaster
Reviewed in the United States on 28 February 2019
Verified Purchase
An amazing book. Stories and characters and timelines weaved together so perfectly that I couldn't put it down and finished the whole thing in a few hours, needing to know so badly how it ended. I recommend this book to everyone now. It left me in tears at the end but should be a required read for anyone who wants to understand more about racism in the south and also loves fully developed characters that make you miss them at the end of the book. So wonderful.
Read more
45 people found this helpful
Report abuse
See all reviews
Back to top
Get to Know Us
Make Money with Us
Let Us Help You
And don't forget:
© 1996-2021, Amazon.com, Inc. or its affiliates