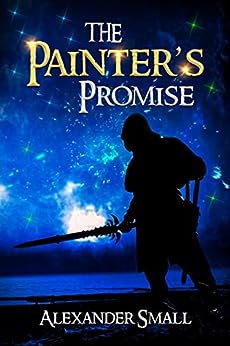 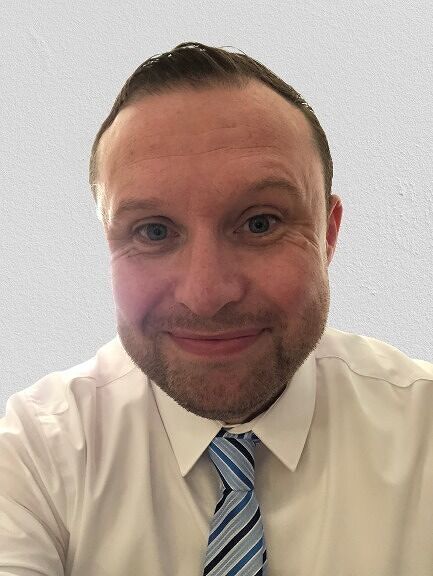 The Painter's Promise : A YA Portal Fantasy (The Painter Trilogy Book 2) Kindle Edition

by Alexander Small (Author) Format: Kindle Edition
See all formats and editions
Sorry, there was a problem loading this page. Try again.

Betrayed. Trapped in a world of monsters. Determined to triumph.

Now a multi-billionaire and famed artist, Jack spends his time training in martial arts with his bodyguard and best friend, Jaheem. Having abandoned his magical gift, he’s done with the Painted Worlds and all their dangers.

They’re not done with him though. A victim of conspiracy, Jack finds himself kidnapped and held captive by his estranged father, Arthur, and his head henchman, Hendy. Their crooked crew of gun-toting thugs force him to paint ten priceless masterpieces, in exchange for his best friend’s life.

Gangsters’ greed and pride combine in catastrophe and Jack is catapulted beyond the canvas, into a nightmare of blood, teeth, and steel. One where the snake colossus, Anaconda, and his brutal minions control access to the portal. Trapped in a self-made prison and surrounded by enemies, Jack must escape or face certain death within his own painting.

Will Jack’s super-human powers and relentless defiance prove enough to conquer evil and help him return home? Will he have the courage to take revenge on those who deserve it?

The Painter’s Promise is a tale woven from tragedy, magic, and barbarism. Suitable for readers 12 and up.

Alexander Small is a YA fantasy author from Scotland.

One day, while stuck in his home during the bleak Scottish winter lockdown, he looked at a painting on his wall--a peaceful country scene filled with trees and warm sunshine--and thought how nice it would be to just walk into it and escape. The idea of The Painter's Apprentice took hold and grew from there.

He lives in rural Scotland, where the wild haggis roam.

Feel free to get in touch with him at:

4.8 out of 5 stars
4.8 out of 5
12 global ratings
How are ratings calculated?
To calculate the overall star rating and percentage breakdown by star, we don’t use a simple average. Instead, our system considers things like how recent a review is and if the reviewer bought the item on Amazon. It also analyses reviews to verify trustworthiness.

Jon Miller
5.0 out of 5 stars A great read - and a brilliant second part to the story.
Reviewed in the United Kingdom on 7 May 2022
Verified Purchase
The Painter's Promise is the second book in the Painter trilogy and it’s great to see how Jack develops and grows, how he tries to stay free of the magical world yet gets drawn dangerously back in, how he fights for everything he holds dear and the lengths he has to go to in order to save his friend from a grim fate.

Alexander Small has built a deep and thrilling world filled with magic and fantastic twists and turns that young adult fantasy lovers will really like. This time, the characters feel even more real, as Jack and Jaheem face new challenges in their lives, ones with long-term effects on their characters and which made me really look forward to the next book of the trilogy. I won’t give too much away by saying what Jack has to face up to with The Anaconda, however once I picked the book up, I couldn’t put it down. The plot is full of drama, tension, mystery, and plenty of action sequences that will have you gripping the edge of your seat. The Painter's Promise is a joy to read and great for older readers and young adult fantasy fans alike.

Plus, it has a very fresh take on vampires. I won’t spoil anything by saying what, but it is well worth reading.
Read more
Report abuse

Caroline Doyle
5.0 out of 5 stars Great Sequel
Reviewed in the United Kingdom on 21 February 2022
Verified Purchase
I wasn't sure going into this second book in the Painter Trilogy that I could enjoy it as much as I did the first. Well, I was wrong. The Painter's Promise is a fantastic sequel, from loss and betrayal to romance and a whole lot more in-between, it is a breath-taking adventure into the secret lands inside the paintings and the harsh reality of life outside them. Can't wait for the final book!
Read more
Report abuse

MrsWomersley
5.0 out of 5 stars Great read!
Reviewed in the United Kingdom on 13 January 2022
Verified Purchase
Another great read from Small. Easy to follow, fluent writing style with lots of description. Story is imaginative and original.
Read more
Report abuse

DaniSK
5.0 out of 5 stars Good stuff
Reviewed in Germany on 16 December 2021
Verified Purchase
Once again a gripping tale with well written characters. I'm more of a reader than a writer, but let me just say that I loved it and I'm looking forward to the third part of the trilogy!
Read more
Report abuse

Kindle Customer
3.0 out of 5 stars 3.5 stars rounded down
Reviewed in the United States on 13 May 2022
Verified Purchase
Ok, what is up with this author's epilogues?! If they keep making me emotional I'm going to stop reading his books 😭

This sequel is both much darker and less enjoyable than the first book. Well, I say less enjoyable, but maybe I should clarify that remark.

The first 20% of it was very good. Jack is now an adult and following in Dante's footsteps. He's still fairly naive. His unsavory father steps back into the picture and then things rapidly go south. One, no two! things in particular happened that surprised the heck out of me, and then Jack is forced to go through one of his paintings to the world depicted.

In this world were his creations. The lions were terrific and the snake-people were properly nasty. But I could have done without the rest of the world; it just didn't do a thing for me. Plus the YA aspect reared it's ugly head in that (1) Jack did some pretty stupid things, (2) he is a looker but doesn't know it, and (3) he comes to the conclusion that he's the Chosen One.

There were a couple of other reasons why this one didn't sit as well with me. First, Jack had just experienced some severe emotional trauma before he went into the painting, and yet his character was never given the opportunity to grieve. He talked circles around it, as a matter of fact. It was written in such a way that as a reader I should just assume that he grieved and move on. Aside from this, it seemed to me as if his character is becoming a study in contrasts. One minute he's a pacifist, and the next he's Vicious Victor? Those kind of inconsistencies drive me crazy.