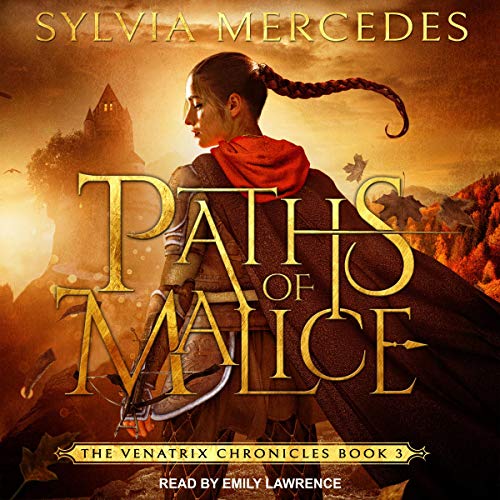 4.6 out of 5 stars
4.6 out of 5
118 global ratings
How are ratings calculated?
To calculate the overall star rating and percentage breakdown by star, we don’t use a simple average. Instead, our system considers things like how recent a review is and if the reviewer bought the item on Amazon. It also analyses reviews to verify trustworthiness.

Ayleth is so beautifully flawed and perfect and I just wish I could be her hunt sister 🙈 she is the definition of a strong woman. She overcomes. She lives, she struggles, she makes mistakes but she is still strong, smart and powerful and PERFECT 🙌

I also love seeing more of Terryn's emotions and internal struggles with this book. He is still very much the stubborn, consummate professional but it's really nice to see little embers of that slow burn Romance. 🔥

No spoilers but this book is just as exciting, Dark, twisted, devilish and magically thriller-y ❤ Three out of three books of this series being brilliant? You should definitely read if you're a dark fantasy fan 👌
Read more
Helpful
Report abuse

Rebeca B.
5.0 out of 5 stars Great
Reviewed in Australia on 28 December 2019
Verified Purchase
Have enjoyed the series immensely. Can’t wait for the next book.
Read more
Helpful
Report abuse

Gregory
5.0 out of 5 stars Fast past adventure for Alenth
Reviewed in Australia on 6 April 2020
Again an excellent novel, I'm a discerning reader and reluctant to give high ratings if not deserved but this series is so good and written so well it deserves the five-star rating. I found that I was reading this novel even faster than the last and the ending came sooner than I expected.
Would recommend to old and young readers alike.
Read more
Helpful
Report abuse

Ellinah C
5.0 out of 5 stars Venatrix 3
Reviewed in Australia on 9 November 2019
Great story, could not put it down a little sad we still don’t know the story behind Aly, it should have been clear about what it means for the world that she is the daughter of the witch or is it grandsire not too sure 🙄
Read more
Helpful
Report abuse

Iggy
5.0 out of 5 stars Another great book
Reviewed in the United Kingdom on 15 December 2019
Verified Purchase
This series continues to be a really enjoyable read. I'm completely invested in the characters, world, and the story as it unfolds. Looking forward to the next in the series.
Read more
Report abuse

S. Ling
5.0 out of 5 stars Kick-Butt-Heroine continues
Reviewed in Canada on 17 November 2019
Verified Purchase
Just like the previous three books (I'm including the prequel here) this book was extremely hard to put down.

Book three focuses more on the characters and their histories rather than magic and world-building. An excellent change of pace and I can't wait for the next installment.
Read more
Report abuse

Janine
4.0 out of 5 stars Fast paced danger in this third installment of this dark fantasy series
Reviewed in the United States on 22 April 2020
Verified Purchase
The third installment of The Venatrix Chronicles is a fast paced thrill ride from start to end, with plenty of danger and some new wrinkles added into the overall storyline. It kept me on the edge of my seat to the very end, leaving me awaiting the next installment. And yes, it’s full of lots of malice.

After a fast pace and action packed opening, the team of Aleyth and Terryn are split up for the time being as he’s called away for a special mission, leaving our heroine alone in the wilderness full of danger. And danger she does get herself in. Meanwhile, Terryn is dealing with his own issues on this special mission with danger there as well. The development of Aleyth and Terryn takes a big step up in this installment as they grow through their trials and start to feel a bit of friendship between each other despite the competition. I enjoy where it ends up. The other returning characters were easy to grasp this time around and well developed. There’s a few new characters introduced in the prologue and play an important part in the story, and while I liked and appreciated them as characters, I got confused between the sisters and was slightly lost on some of the exact details, though it didn’t deter me too much from understanding what was going on.

I love the story this time, I couldn’t stay away for too long as I kept reading find out what was going to happen next. I wasn’t too big of a fan of Visions of Fate as it felt like parts of the story dragged on for a while, but not here, there’s always advancement in each chapter, and the development and the fast pace felt stronger. There was danger at every single turn and I was concerned for the characters and what was going to happen to them. Some parts of the overall story arc are expanded as well which makes me want to read the next installment to find out what’s going on. The world is still solid and there’s new bits introduced, like those that don’t believe in the Venatrix and more details of the magic system, which was already well developed and complex, putting the dark in dark fantasy.

Looking forward to the next installment!
Read more
One person found this helpful
Report abuse

Suzannah
4.0 out of 5 stars Loving this series so much!
Reviewed in the United States on 31 October 2019
Verified Purchase
Another dark and breathless instalment in the Venatrix Chronicles! Sylvia Mercedes is such a deft storyteller, and her world grows some interesting dimensions in this instalment: we see a little less of our alpha heroes, Ayleth and Terryn, to make way for some new ones. But this wasn't a disappointment, since one of our new POVs, Cerine, is a nun with a dangerous religious text in her luggage that might shine some unwelcome light on some bloody places - or get her chopped as a heretic, bit of a toss-up. That's if she survives the Phantomwitch, of course. Life is never dull in these books!

I gobbled this book up just as fast as the previous two and it'll be a long wait till the next one. One of the things I particularly love about the world Sylvia Mercedes has created here is how strongly it harks back to the actual historical medieval period. There's a lot of generic """medieval""" fantasy out there that shows little if any familiarity with history: but in the Venatrix Chronicles, you get a taste of the Templars here, a whiff of the Cathars there, a ton of Frankish-sounding names and a religious/magic system strong enough and real enough to the characters to really evoke medieval history while remaining entirely its own creation. I love it all so much.
Read more
One person found this helpful
Report abuse

P
5.0 out of 5 stars Page turning, heart pounding third installment.
Reviewed in the United States on 3 November 2019
Verified Purchase
I love this series. The third book was the best out of three so far. Every chapter captured the excitement. We find out more of each of the characters. The author revealed just enough about each of the characters to make your heart race, while holding back some to keep the mystery going. Feyline and her sister Cerine along with their Father play a bigger role in this book. We find out a little more about Ayleth. We also get a tease of affection between some of the characters. I don't want to say too much, to ruin the excitement of learning it through reading the book.
Read more
One person found this helpful
Report abuse
See all reviews
Back to top
Get to Know Us
Make Money with Us
Let Us Help You
And don't forget:
© 1996-2021, Amazon.com, Inc. or its affiliates