Flip to back Flip to front
Listen Playing... Paused   You're listening to a sample of the Audible audio edition.
Learn more
See all 8 images 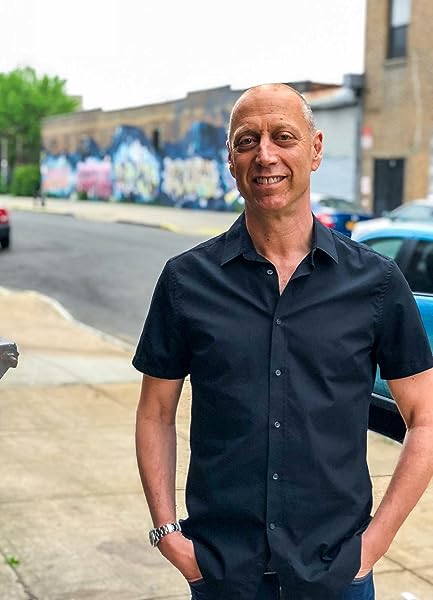 Page 1 of 1 Start overPage 1 of 1
Previous page
Next page
Start reading The Perfect Scoop, Revised and Updated on your Kindle in under a minute.

"This is the definitive book on frozen desserts. David has the most amazing recipes for homemade ice cream, plus lots of ideas for crunchy toppings, sweet mix-ins, and edible 'vessels' such as sugar cones, meringues, and cream puffs. I want to make them all!" --Ina Garten "A glorious, in-depth look into a scrumptious subject, written in typical Lebovitz style: informative, personal, and entertaining."--Yotam Ottolenghi "The Perfect Scoop digs right into what you need to know for successful ice creams, sherbets, gelatos, sorbets, frozen yogurts, and granitas." --New York Times Having churned out ice cream at home and in professional kitchens for a quarter century, Lebovitz can guide even a beginner to a great frozen experience. . . . Truly the Good Humor man of home ice cream. --San Francisco Chronicle "The author's 25 years of experience as a frozen-dessert maker are put to excellent use in this wittily written, detailed volume. . . . Great photos and plenty of practical advice combine to make this an appealing and useful resource for the dessert aficionado." --Publishers Weekly "If you love cold sweets but never dared own an ice-cream machine for fear you'd soon weigh 300 pounds, then consider this book; you may just find some happy compromises." --Epicurious.com

DAVID LEBOVITZ has been a professional cook and baker for most of his life; he spent nearly thirteen years at Chez Panisse until he left the restaurant business in 1999 to write books. He moved to Paris in 2004 and turned davidlebovitz.com into a phenomenally popular blog. He is the author of six books, includingaThe Perfect Scoop,aReady for Dessert,aThe Great Book of Chocolate, and a memoir calledaThe Sweet Life in Paris, and he was named one of the Top Five Pastry Chefs in the Bay Area by theaSan Francisco Chronicle. David has also been featured inaBon AppUtit, Food & Wine, Cook's Illustrated,atheaLos Angeles Times,atheaNew York Times, Saveur, Travel + Leisure,aand more.

Belgians have their own version of gingersnaps, called speculoos (SPEC-ou-looze). They’re meant to be nibbled alongside the copious amounts of beer that Belgians drink, which was one of the many lessons I learned when I went to chocolate school there. Belgians like their beer so much that outdoor beer gardens are busy all year long, even during the freezing cold winters. We had to brush the snow off our table to put down our glasses! The good news is that you don’t have to worry about your beer getting warm.

Back home, I found that speculoos go equally well with lemon ice cream when the cookies are crumbled and folded in. Like Belgian beer, this can be consumed any time of the year and it’s especially good when served frosty cold.

Zest the lemons directly into a food processor or blender. Add the sugar and blend until the lemon zest is very fine.

Warm the milk with the lemon-scented sugar, ½ cup (125ml) of the heavy cream, and the salt in a medium saucepan. Cover, remove from the heat, and let infuse for 1 hour.

Rewarm the lemon-infused mixture. Pour the remaining 1½ cups (375ml) cream into a large bowl and set a mesh strainer on top.

In a separate medium bowl, whisk together the egg yolks. Slowly pour the warm lemon-infused milk into the egg yolks, whisking constantly, then scrape the warmed egg yolks into the saucepan. Stir the mixture constantly with a heatproof spatula over medium heat, scraping the bottom as you stir, until the mixture thickens and coats the spatula.

Pour the custard through the strainer and stir it into the cream. Discard the lemon zest and stir over an ice bath until cool.

Chill the mixture thoroughly in the refrigerator, then freeze it in your ice cream maker according to the manufacturer’s instructions. As you remove the ice cream from the machine, fold in the crumbled speculoos.

PERFECT PAIRING: Because speculoos are meant to be enjoyed with beer, try pairing this ice cream with a fruity Belgian beer for dessert. I’m particularly fond of kriek, a sour-cherry beer, which you can find in well-stocked supermarkets and liquor stores.

These cookie chunks are inspired by the famous spiced cookies from Belgium. Zippier than American gingersnaps, Speculoos have become popular worldwide thanks to a (very) hard-to-resist spread made with them. Soft-baked Speculoos meld wonderfully when folded into ice cream, but if you’d like to make them crunchier, break the cookies into little bite-size nuggets and toast them in a 325°F (165°C) oven for about 10 minutes, until dry and crispy. Let cool completely, then fold the crunchy bits into your ice cream.

Preheat the oven to 350°F (175°C) and line a baking sheet with parchment paper or a silicone baking mat.

Beat together the butter and brown sugar in a medium bowl until smooth. Stir in the molasses and egg yolk.

In a small bowl, stir together the flour, baking soda, and spices. Stir the dry ingredients into the butter mixture and mix until smooth. Transfer the dough to the prepared baking sheet, and, using your hands, pat it into a circle about 5 inches (12cm) in diameter. Bake for 18 minutes. Remove from the oven and let cool completely.

Mixing them in : Break the Speculoos into bite-size chunks and fold them into 1 quart (1l) of ice cream as you remove it from the machine.

4.7 out of 5 stars
4.7 out of 5
1,563 global ratings
How are ratings calculated?
To calculate the overall star rating and percentage breakdown by star, we don’t use a simple average. Instead, our system considers things like how recent a review is and if the reviewer bought the item on Amazon. It also analyses reviews to verify trustworthiness.

Katalin
3.0 out of 5 stars Not enough photos
Reviewed in Australia on 12 October 2020
Verified Purchase
Awesome recipes and easy to read/easy to follow instructions. Pity the book does not have many photos, and the few photos that the books has don't have captions...
Read more
Helpful
Report abuse

Bexsta
5.0 out of 5 stars Buy it.
Reviewed in Australia on 14 February 2020
Adore this book. I have made 15 recipes and every one is special and not too hard. Highly recommended.
Read more
Helpful
Report abuse
See all reviews

Pat Edinburgh
4.0 out of 5 stars A really good book for ice cream fans with proper measurements in grams, hurray!
Reviewed in the United Kingdom on 28 September 2018
Verified Purchase
Ths book is written by a real ce cream fan and has a great range of flavours to try, both of ice creams and sorbets. Most of the ice cream is custard based, but there are some eggless " Philadelphia style" too. There are chapters each on toppings, mix- ins and
" vessels" including cones and meringues, which will help use up all the egg whites from all those custards.

And best of all, despite being originally from the USA, the measurements in this book are metric! Hurray!

Update: I made the rum and raisin, which was disappointing. Maybe it's me, but it just didn't seem rich enough, so I will add more egg yolks and some vanilla next time. So have removed a star...but will report back when I try some other flavours.
Read more
27 people found this helpful
Report abuse

Alistair
5.0 out of 5 stars Amazed
Reviewed in the United Kingdom on 18 June 2019
Verified Purchase
Genuinely staggered by the sheer scale of whats in this book for the price point. Not only do we get a bunch of recipes for making ice-cream, granita & sorbet, but the author includes recipes for sauces, cones, chocolate wafers, sweet chewy things to mix in with the ice cream and other tips & recipes. Superb value at the money - buy this and you will never need another ice cream book.
Read more
3 people found this helpful
Report abuse

A.Banner
5.0 out of 5 stars EXCELLENT... BUT if you have a small ice cream maker, read this review before you buy the book
Reviewed in the United Kingdom on 16 April 2013
Verified Purchase
I love this book!! And I love the ice cream that I have made with it! The only thing to make you aware of is that if you have one of the small cheaper ice cream makers - the recipes in this book all make more ice cream than the small machines can handle. So you will either have to halve all the ingredients in every recipe. Or you will have to make your ice cream in two batches. Which is a real pain that leads to inconsistent results.

But trust me when I tell you that if you do simply follow these recipes and fill your ice cream maker - you WILL jam it and possibly break the motor.

Because I'm so smitten with ice cream making I've decided to simply get a better (i.e. larger) ice cream maker so that I can get the most out of this book - which once again, is wonderful!
Read more
32 people found this helpful
Report abuse

Lizzie51
4.0 out of 5 stars I wanted a good ice cream recipe book
Reviewed in the United Kingdom on 13 July 2018
Verified Purchase
Having just bought an ice cream maker, I wanted a good ice cream recipe book. Although this has lots of information and guides for making ice cream, it also has lots of ‘unusual’ recipes. Not sure if I will be giving them all a go! Having said that, there are lots of delicious recipes that I will be trying over the summer and beyond. Would I recommend this book? Only if you like the ‘unusual’ like candied bacon and bourbon ice cream!!
Read more
3 people found this helpful
Report abuse

Maxine Brauman
5.0 out of 5 stars Great choice of flavours, easy to follow
Reviewed in the United Kingdom on 28 June 2019
Verified Purchase
We've made about 10 of the recipes in the book, the flavours are excellent. We made peach last week and the flavour was perfect. We create ice-cream probably twice a month and this is definitely a book I'd recommend for those who are looking to get creative and perfect the art of ice-cream flavours.
Read more
3 people found this helpful
Report abuse
See all reviews
Back to top
Get to Know Us
Make Money with Us
Let Us Help You
And don't forget:
© 1996-2021, Amazon.com, Inc. or its affiliates