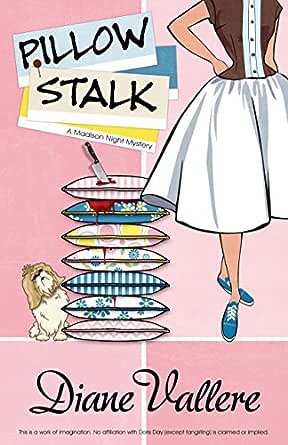 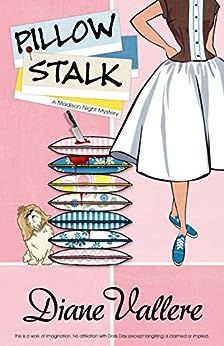 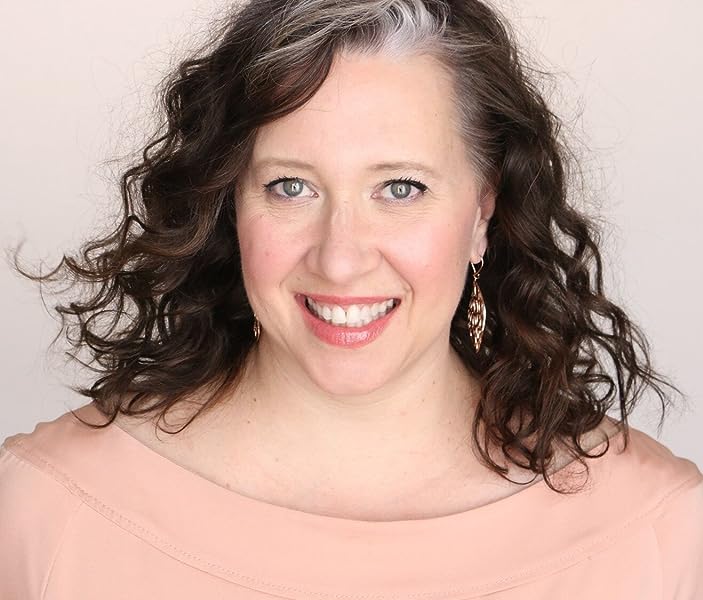 Diane Vallere has woven a multifaceted story disguised as a cozy little mystery that starts out rather predictably but soon draws the reader into Madison s mid century modern fantasy world of fashion, movies, friendship, loyalty, and violence. Vallere s descriptions of the colors, textures and artifacts of the era bring back vivid memories for those of us who actually lived through it. Although we encounter all the usual subjects, there are plenty of surprises to keep us guessing all the way to the end. And what an ending! Ms. Vallere drops an atomic bomb in the last few pages that will make every reader want to read her next book just to witness the fallout. --NY Journal of Books

PILLOW STALK is an intricately plotted and well-written book, I really enjoyed the story. I can't imagine decorating a house in the style from Doris Day's movies but it makes fine reading. --Fresh Fiction

If you are looking for an unconventional mystery with a snarky, no-nonsense main character, this is it. Madison is a strong leading lady who lands in lots of quirky situations. Instead of clashing, humor and danger meld perfectly, and there s a cliffhanger that will make your jaw drop. --RT Reviews --This text refers to an out of print or unavailable edition of this title.

Diane Vallere is a fashion-industry veteran with a taste for murder. She writes the Style & Error Mystery Series and the Mad for Mod Mystery series, and has short stories in several anthologies. She started her own detective agency at age ten and has maintained a passion for shoes, clues, and clothes ever since. --This text refers to an out of print or unavailable edition of this title.

4.3 out of 5 stars
4.3 out of 5
140 global ratings
How are ratings calculated?
To calculate the overall star rating and percentage breakdown by star, we don’t use a simple average. Instead, our system considers things like how recent a review is and if the reviewer bought the item on Amazon. It also analyses reviews to verify trustworthiness.

Verity Reads Books (a lot of them)
3.0 out of 5 stars Too much going on - try later in the series instead.
Reviewed in the United Kingdom on 12 June 2018
Verified Purchase
I came to this having read two of the later books in the series and wanting to know how it started/more about Madison's backstory. I'm fairly sure if I had read this first, I probably wouldn't have read any others in the series. This is just too much. Too much melodrama, too many suspects, too many coincidences, too many twists. I'm glad I've read later books so that I know that it settles down and even itself out. The writing is fine - there's just too many ideas thrown in here for me.
Read more
Report abuse

Zalewski Valerie
5.0 out of 5 stars I almost missed this
Reviewed in France on 21 May 2018
Verified Purchase
I loved the Polyester and the Disguise Store mysteries and was upset when there are only 3 books in each of these series. I tried Samantha but couldn't get along with her. So, basically, I decided that my reading experience with Ms Vallere was at an end. However, I decided to give Madison Night a chance in spight of the fact that I didn't find the cover attractive. I'm now very pleased that I did. I really like Madison. She's a mix of conflicting emotions, as are many of us, trying to earn her living doing something she loves. Against her will she finds herself sreiously involved in a 20year old unsolved murder and a more recent one. The pace is fast moving. There's never a dull moment. It's a thoroughly good read.
Read more
Report abuse
Translate review to English

Amazon Customer
5.0 out of 5 stars Not boring
Reviewed in Canada on 4 November 2020
Verified Purchase
The story moved along very well and kept a person guessing who did it. Kept my interest.
Read more
Report abuse

Cathy G. Cole
4.0 out of 5 stars In the space of two books, Vallere's Madison Night series has become one of my favorites
Reviewed in the United States on 14 May 2017
Verified Purchase
(I'd really give this 4.5 stars.)

I came at this series backward, beginning with the fourth (and to date the current book) The Decorator Who Knew Too Much. I loved that book so much that I gathered up the first three to read them, too. After reading this first book, my enthusiasm for this series has only increased. The covers and the talk of Doris Day make this series sound much cuter than it is. Yes, there is charm to be found in the pages, but Diane Vallere's Madison Night series has unexpected depth and an edge to it that really appeals.

I like the main character-- and not just because we both have bum knees. Madison is in her late forties. She's independent and intelligent. This woman also has a very strong sense of empathy. When her contractor Hudson James becomes Suspect #1, she puts herself in his shoes to try to understand his behavior. And-- although she doesn't like the police detective at all-- when she learns something surprising about Tex Allen, she does the same thing... puts herself in his shoes to understand him better. I like this facet of her personality.

Animal lovers should know that dogs and cats are well-represented as they should be since Doris Day has always been an animal rights activist. Madison's Shih Tzu puppy, Rocky, never met a lamp he didn't like. To pieces. And I have no fondness at all for Hudson's cat Mortiboy-- but that's just me.

This series is giving me an even greater appreciation of Doris Day, and the double-pronged "hooks" of the actress and Madison's mid-century modern decorating business blend into the story very, very well. How about Pillow Stalk's story? It's not often that a mystery stuns me, but this one had me gasping and thinking, "Whoa! I didn't see that coming!" (And not once, but twice.)

The only thing that didn't sit well with me was the ending. I thought it strained credulity a bit, but I did really like the fact that the "bad guy" was hiding in plain sight. Diane Vallere's Madison Night series has, within the space of two books, become one of my favorites. I'm wanting to speed through the remaining two books, but I will pace myself. Honest!
Read more
6 people found this helpful
Report abuse

Lynn T.
4.0 out of 5 stars An Fun and Enjoyable Cozy Mystery
Reviewed in the United States on 3 February 2018
Verified Purchase
I enjoyed this cozy mystery. I read a review about this series by a blogger whose recommendations I enjoy. I had by-passed this series in the past due to the protagonist being a large Doris Day fan. I like Doris Day but didn't know if I would like a series based on this.

Well, I found out I really enjoyed this book. Madison Night is a mid century (the term makes me feel old) interior designer. Madison goes for her morning swim and a new competitor who dresses and resembles Doris Day is found murdered at the back of Madison's car. One of Madison's pillows was used to commit the murder. This is just the start of the murders. One thing in common is that the victims all resemble Doris Day. One murder happened twenty years ago. To top this off, Madison receives threatening notes and is physically attacked.

There is a dog named Rocky for Rock Hudson. Her handyman has a feisty cat. Madison has an independent personality. The mystery was good. I didn't know who the murderer was until the end of the book. I have downloaded the 2nd book to read. This is a good cozy read.
Read more
4 people found this helpful
Report abuse
See all reviews
Get FREE delivery with Amazon Prime
Prime members enjoy FREE Delivery and exclusive access to movies, TV shows, music, Kindle e-books, Twitch Prime, and more.
> Get Started
Back to top
Get to Know Us
Make Money with Us
Let Us Help You
And don't forget:
© 1996-2020, Amazon.com, Inc. or its affiliates