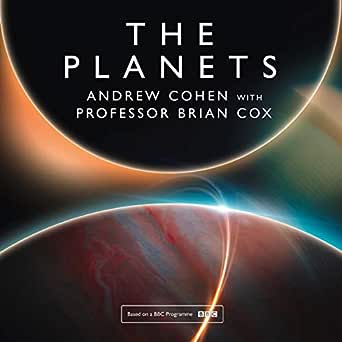 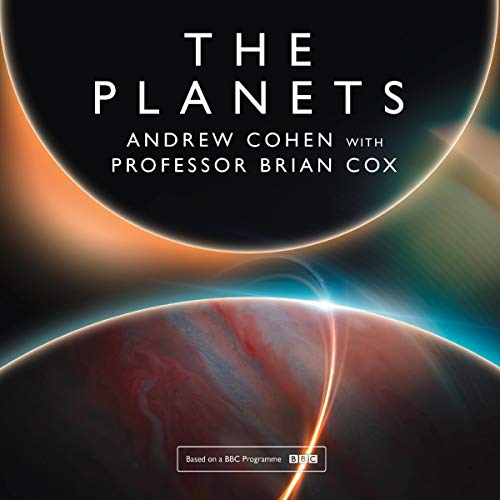 4.8 out of 5 stars
4.8 out of 5
1,596 global ratings
How are ratings calculated?
To calculate the overall star rating and percentage breakdown by star, we don’t use a simple average. Instead, our system considers things like how recent a review is and if the reviewer bought the item on Amazon. It also analyses reviews to verify trustworthiness.

Inman
5.0 out of 5 stars Great book
Reviewed in Australia on 13 December 2019
Verified Purchase
I enjoyed the television series and had to get the book as well. The book provides lots of details and fantastic pictures not seen in the TV series. Well worth getting. I am extremely happy.
Read more
One person found this helpful
Helpful
Comment Report abuse

Gloria Blizzard
5.0 out of 5 stars To increase our knowledge of the fragility of our amazing planet
Reviewed in Australia on 18 August 2020
Verified Purchase
The detail of every planet is amazing- to understand the birth of our solar system is fascinating
Read more
Helpful
Comment Report abuse

Matthew
5.0 out of 5 stars Great pop-physics
Reviewed in Australia on 19 January 2020
Verified Purchase
Got this for my daughter who is also a pop-physics fan. She adored it and feasted upon it. Just what I wanted
Read more
Helpful
Comment Report abuse

vicky
5.0 out of 5 stars How interesting the book was
Reviewed in Australia on 8 December 2019
Verified Purchase
This book couldn't let me leave it; about every single planet was exciting and put me in a curious position
Read more
Helpful
Comment Report abuse

Mozart Dominie
5.0 out of 5 stars The Planets
Reviewed in Australia on 13 November 2020
Yes; Professor Cox is the Attenborough of the Solar System. Wow-what a great book this is. I'm 80 old and spend most of my time Reading and still study. Mostly Aero Physic and . Astronomy, But this book is 100 % Recommended. to anyone.
Read more
Helpful
Comment Report abuse
See all reviews

Richard the Taijigerheart
5.0 out of 5 stars Pack your bags for Enceladus...
Reviewed in the United Kingdom on 20 June 2019
Verified Purchase
This companion volume to Brian Cox’s excellent television series by the same name makes for truly absorbing reading.

It tells the same story as the series but with a great deal of extra information, along with a generous quantity of full colour photographs and illustrations. Good paper and a sewn binding lend the book the quality it deserves.

Andrew Cohen and Brian Cox tell the story of our solar system in a highly readable, conversational style, and every page of text is packed with fascinating and up-to-date insights.

This mind-blowing tome ought to win prizes for dealing with potentially technical subject matter in such an engaging and accessible way. It’s difficult to restrain yourself from devouring it all in one sitting!

Genesio
5.0 out of 5 stars Delivery service and product have exceeded my expectations
Reviewed in the United Kingdom on 26 May 2019
Verified Purchase
One of the quickest delivery service ever. The book is just extraordinary. I ordered the hardcover copy which looks impeccable but I’m about to order a paperback one too so that I can take it around in my bag more easily.
Read more
25 people found this helpful
Report abuse

Mr. P. J. Marsh
5.0 out of 5 stars Beautiful book.
Reviewed in the United Kingdom on 14 June 2019
Verified Purchase
A beautiful book, passionately written with incredible pictures and lots of lovely diagrams explaining the science of the planets in an accessible way.
Read more
23 people found this helpful
Report abuse

John G
5.0 out of 5 stars Excellent Read
Reviewed in the United Kingdom on 7 June 2019
Verified Purchase
Loved this book, such a lot of useful information. Worth the cost.
Read more
18 people found this helpful
Report abuse

Shalan
5.0 out of 5 stars Excellent Value
Reviewed in the United Kingdom on 23 June 2019
Verified Purchase
Compared to the previous "Wonders of ..." companion books- which featured plenty of pictures of Brian in deep thought and pages of irrelevant bits that were featured in the show- this is a much more focussed book on the topic at hand.

It might be worth mentioning that only one out of the five chapters is authored by Brian, though.

With it priced at £12 at my time of purchase, it was a no-brainer.


Read more
16 people found this helpful
Report abuse
See all reviews
Get FREE delivery with Amazon Prime
Prime members enjoy FREE Delivery and exclusive access to movies, TV shows, music, Kindle e-books, Twitch Prime, and more.
> Get Started
Back to top
Get to Know Us
Make Money with Us
Let Us Help You
And don't forget:
© 1996-2020, Amazon.com, Inc. or its affiliates