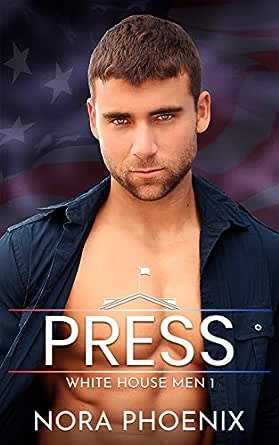 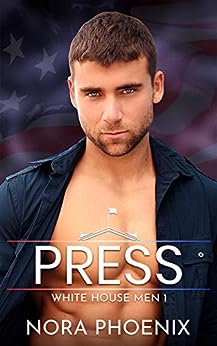 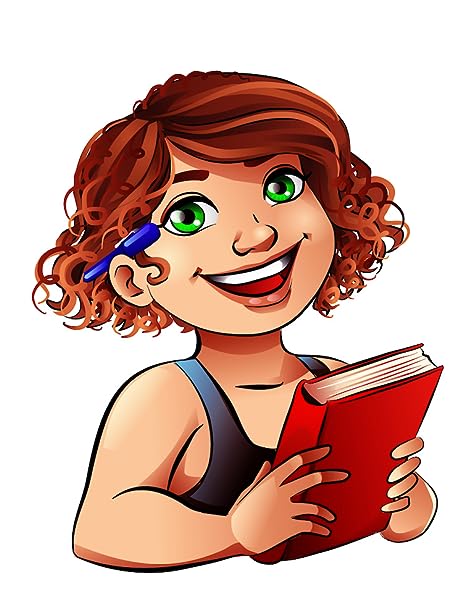 4.7 out of 5 stars
4.7 out of 5
63 global ratings
How are ratings calculated?
To calculate the overall star rating and percentage breakdown by star, we don’t use a simple average. Instead, our system considers things like how recent a review is and if the reviewer bought the item on Amazon. It also analyses reviews to verify trustworthiness.

Amazon Customer Kate
4.0 out of 5 stars Great story
Reviewed in Australia on 24 September 2020
Verified Purchase
I enjoyed this book, the beginning was powerful and the plot built over the course of the book. Levar and Henley were interesting characters and I can see stories coming for some of the other characters as well. I look forward to those.
Read more
Helpful
Comment Report abuse

Katrina Pitt
4.0 out of 5 stars Henley and Levar
Reviewed in Australia on 21 September 2020
Press is the first in a new series by Nora Phoenix, White House Men.
It is a MM romance with an intrigue aspect. The Intrigue thread keeps your interest, but you feel that it is still building. This is the very start of it. I have so many questions, a few theories, and can’t wait to see where it goes.
Most of the story is getting to know the world, and the people in it. Mainly Levar and Henley, two men who are living with trauma, whilst striving and succeeding at high level jobs in a high pressure environment. Whilst these two are not enemies they are clearly on different sides of a divide due to their jobs. They are very aware of this, and respect this fact. That doesn’t stop the intense attraction, and the feelings that grow between them. Each time they interact, and learn about each other, those feelings and attraction grows. Chipping away at their mutual understanding that they cannot be together. A thoroughly engaging read. I’m looking forward to the rest of the books in this series, I want to read the stories of those we’ve met so far, and I want to see what happens with the intrigue aspect.

The Smut Librarian
TOP 1000 REVIEWER
5.0 out of 5 stars Don't miss this book!!
Reviewed in Australia on 6 October 2020
I don’t care if you’re into politics or enjoy political drama – you need to read this book!  I’m an Australian who couldn’t care less about American politics (apart from the basic awareness of everyday decisions that affect world events) so it’s not the premise of the setting of the White House that drew me in.

If you’ve read Nora’s Irresistible Omega’s series, you’ll know that Nora has a gift for suspenseful plotlines which plant mental seeds in your brain. Her ability to make you wonder what’s happening in her alternative universe while the book (or Kindle) is closed is one rarely seen and something I hunger for!  Press has this in spades and I devoured the story within hours of getting the book.

The characters, romance and hot sex are all part of the attraction – of course, but the captivating storyline (which is far more about characters and suspense than it is about politics) sets this book apart from others in the genre. There is a bit of everything in this book – sweetness, pining, hot sex, secret liaisons, laughter, tears and character connections so vivid and genuine that you’ll come to think of them as real people. Have the tissues handy – I’m not a crier in books but this one made me sob!

This book is in my top 5 for 2020 and I highly recommend it to everyone – you won’t regret taking a chance on it.
Read more
Helpful
Comment Report abuse

Vicki Williams
TOP 1000 REVIEWER
5.0 out of 5 stars Great start to new series. It’s about romance or politics!
Reviewed in Australia on 22 September 2020
This well crafted book offers so much. Well developed characters, smooth flow and perfect pacing to keep me turning the pages and a suspense plot as an overall story arc.
Henley and Levar want a relationship but can’t due to conflict of interest. Unfortunately for them, they just can’t stay away from each other, have buckets of chemistry sparking between them, enjoy engaging in witty flirtatious banter and share lots of feels. When they do manage to get together the heat levels rise and this may be assisted by the wearing of sexy lingerie by one of them. They have some major hurdles to overcome but they do get their well earned HEA.
There’s also plenty of interesting side characters that add to the storyline and I look forward to future books in the series. I can’t wait to see who’s up next and to explore further the suspense plot.
This was an engaging, amazing read that I couldn’t put down. Yes, politics do play a role in this (more as an aside) as it is set in the White House, but it’s the romance between Henley and Levar that takes centre stage.

Sheridan
TOP 500 REVIEWER
4.0 out of 5 stars Exciting new series
Reviewed in Australia on 22 September 2020
How can one write a review that sums up this amazing woman’s talent in the stories she gives us.
I’ve been looking forward to the White House Men for a long time and was so excited to read it.
Obviously based on the title you know you are going to read about politics and such, and at some stages I did get a little lost, but the story line captures you and I once again forgot about the real world and immersed myself into Levar and Henley.
From the start you get suspense and drama unfold, you get romance and you may learn a thing or two about politics!
I can’t wait to read the rest of this series and the characters we have been introduced to!
Read more
Helpful
Comment Report abuse

Kaz
TOP 1000 REVIEWER
5.0 out of 5 stars Amazing Book 1
Reviewed in Australia on 1 October 2020
Another great book from Ms Phoenix even though it was based on American politics which I have no idea about but saying that I really enjoyed the story line between Levar and Henley my heart broke for them knowing that they could not be together due to conflicts in their jobs but I really enjoyed this book and am certainly looking forward to more White House Men.
Read more
Helpful
Comment Report abuse

Sandy Smith
TOP 1000 REVIEWER
5.0 out of 5 stars Fantastic
Reviewed in Australia on 24 September 2020
What a fantastic start to what I know will be a favourite series. Loved both main characters. As well as some fantastic side characters whose stories I am looking forward to. The drama moved the story along with out being over the top and I really enjoyed it
Read more
Helpful
Comment Report abuse

#booksaremylife
5.0 out of 5 stars The perfect balance
Reviewed in Australia on 21 September 2020
I won't lie, I was worried about reading this book, but while it's set in a political environment it strikes a perfect balance. The prologue both drew me in and broke my heart, but each chapter put it back together a little. Fabulous writing and character development combine for an amazing story.
Read more
Helpful
Comment Report abuse
See all reviews

BevS
4.0 out of 5 stars Liked not loved...
Reviewed in the United Kingdom on 30 September 2020
Verified Purchase
Not a bad start to Nora's new series. I suspect the possible, but not probable 'terrorist' storyline will be the main thread that encompasses the entire series (view spoiler), together with the fact that several of the important posts at the White House are taken up by men who are gay . Some of the first names in the story i.e. Calix [WTH?? 😏], Coulsdon etc are rather weird, but what do I know 🤔. I have no idea how long the series is planned to be, but I've already picked out the leads of some of the other stories...Rhett, Calix, Seth, oh and maybe even President Shafer himself.

As is usual with Nora's stories, I had problems with the quality of the so-called editing, grammatical errors, typos etc. I do wish she would use the services of a professional editing service, but maybe she's comfortable with who she uses and is not too bothered by/couldn't care less what her readers think? I also think she suffers sometimes from the fact that she's not American and is probably thinking with her European hat on.
Read more
Report abuse

Mrs L L Wilson
5.0 out of 5 stars Great start to a new series
Reviewed in the United Kingdom on 6 October 2020
Verified Purchase
One of my favourite TV series is West Wing so to have a gay version is brilliant. The prologue was difficult to read as there are several heartbreaking scene, but it sets up the rest of the book and what is assumed to be one of the story arc's. Levar - White House press secretary and Henley - a White House correspondent start off as friends but soon realise they feel more for each other, so there is a conflict of interest and they have to stop seeing each other. They both have to work out of their job is more important than their relationship. Luckily they do get their HEA. Can't wait for the next book to see who the MC are and the continuation of the story arc's.
Read more
Report abuse

madmoo 37
5.0 out of 5 stars Brilliantly done
Reviewed in the United Kingdom on 30 September 2020
Verified Purchase
Wow!!! ...... I've loved every minute of this book it's so completely different to anything I've read from Nora Phoenix before. I loved the banter between levar and Henley and how their relationship grew. I felt every emotion that poured of the page especially the bombings and what the characters went through. An excellent read can't wait for more
Read more
Report abuse

Paul london
4.0 out of 5 stars Good the next book will tell us how good
Reviewed in the United Kingdom on 21 October 2020
Verified Purchase
Very good read two story’s going on a romance and a murder. The start was addictive it was leading somewhere than went more into the romance and ended with it rather than the murder. I want to know more! Because it is not finished there are several directions it can go in with the murder so the next book will be a must have.
Read more
Report abuse

Julia Smith
5.0 out of 5 stars Loved it!
Reviewed in the United Kingdom on 20 October 2020
Verified Purchase
I loved everything about this book from learning how the Whitehouse works to learning about how traumatic events can affect more than just the victim & seeing how these two men get to their HEA was brilliant. A definite 5*read Xx
Read more
Report abuse
See all reviews
Get FREE delivery with Amazon Prime
Prime members enjoy FREE Delivery and exclusive access to movies, TV shows, music, Kindle e-books, Twitch Prime, and more.
> Get Started
Back to top
Get to Know Us
Make Money with Us
Let Us Help You
And don't forget:
© 1996-2020, Amazon.com, Inc. or its affiliates