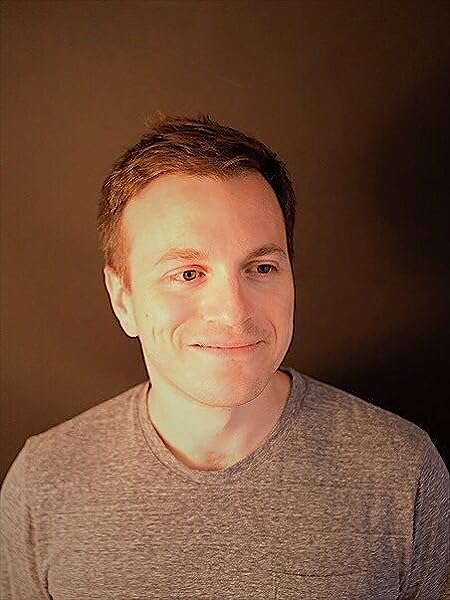 by Dean Wampler (Author)
3.8 out of 5 stars 27 ratings
See all formats and editions
Sorry, there was a problem loading this page. Try again.

Dean Wampler is a Principal Consultant at Think Big Analytics, where he specializes in "Big Data" problems and tools like Hadoop and Machine Learning. Besides Big Data, he specializes in Scala, the JVM ecosystem, JavaScript, Ruby, functional and object-oriented programming, and Agile methods. Dean is a frequent speaker at industry and academic conferences on these topics. He has a Ph.D. in Physics from the University of Washington. Alex Payne is Platform Lead at Twitter, where he develops services that enable programmers to build atop the popular social messaging service.
Tell the Publisher!
I’d like to read this book on Kindle

3.8 out of 5 stars
3.8 out of 5
27 global ratings
How are ratings calculated?
To calculate the overall star rating and percentage breakdown by star, we don’t use a simple average. Instead, our system considers things like how recent a review is and if the reviewer bought the item on Amazon. It also analyses reviews to verify trustworthiness.

Kindle Customer
5.0 out of 5 stars Five Stars
Reviewed in the United Kingdom on 6 January 2016
Verified Purchase
Great all-round coverage of the language and an excellent resource for anybody learning and working with Scala. Highly recommended.
Read more
Report abuse

Michael
4.0 out of 5 stars From a Critic's Point of View
Reviewed in the United States on 15 March 2015
Verified Purchase
First let me say that scala is a very tough language to learn, it has a lot of tough semantics in it. However, if you learn it, you could dish out code faster than any java 8 developer. I'm going to try very hard to not make this a review of scala the language. Even though I like scala in general, I could easily write several pages of criticism for the language.

In general, this book is great and very thorough. The authors went into a lot of detail on many topics. I would highly recommend this book to anybody. However, I'm partly saying that because the scala-lang website documentation is old, insufficient, and completely out of order.

That being said, there are some parts that are far more confusing than they need to be. The author has a bad habit of showing you a feature in scala long before he explains it, and that is why I decided to give this four stars instead of five.

Chapters four (pattern matching) and five (implicits) were especially difficult to follow because the authors kept using language features before they explained them. I had to read each of those chapters twice before I understood them.
- They show you implicit type conversions a whole ten pages before they explain them (shown on page 139, explained on page 149). So of course I spent a half hour trying to understand the example before giving up.
- They start using '+:', ':+', and '::' in chapter four before they explain them.
- They use infix notation for types long before explaining it.
- Their explanation of "<:<" and "implicitly" still confuses me now, after reading that section several times.

Another thing that really bugs me is the obvious bias that the authors have for functional programming, ignoring some major flaws it has that any java veteran would see.

However, I should base my rating on how well you could learn scala the language from this book. Like I said, it goes into pretty deep details on most topics, so you could become a scala master from this book.
Read more
53 people found this helpful
Report abuse

Dexter Legaspi
2.0 out of 5 stars Not Your First Scala Programming Book
Reviewed in the United States on 4 July 2016
Verified Purchase
This will probably come across as a harsh review of the book but I want the potential buyers to know what they're getting into when they buy this book. Just to put into context of where I was when I purchased this book: I consider myself a seasoned software developer; I've adapted a functional way of doing Java development since the introduction of Google Guava pre-v8 and adapted the native lambdas and streams as soon as Java 8 became ready for prime time. I have also written software using Groovy but not as large scale.

Now on to the review of this book. As other not-so-positive reviews has mentioned: this book goes to the deep end way too quickly, introducing advanced concepts without much explanation and by the time it finally (tries) to connect the dots, the reader is already drowned in confusion and frustration. Just an example, it introduces Akka actors in the beginning chapters. Yes, I know! The very essence of Erlang thrown right on your face when you barely went through the book's "hello, world" example! It kind of feels like Tom Cruise's character in "Edge of Tomorrow" on his first day on the battle; you're sent to kill these horrific-looking Cthulhus when you can't even disengage your weapons safety switch.

Scala is a *difficult* language as it is already, with all of its nuances and enough syntactic sugar to cause diabetes, and this book does not help so much in getting the reader learn at a good pace. I literally found myself reading sections more than twice trying to decipher what I've just read. I felt dumber every time I put the book down to resurface.

The authors are clearly smart and are Scala experts. I think this book's failure is mainly due to terrible editing/organization and not establishing who really its intended audience is: is it a Scala beginner's book or a Java-developer-transitioning-from-imperative-to-functional-book? I believe it would have been more successful if it focused on the latter.
Read more
14 people found this helpful
Report abuse
See all reviews
Back to top
Get to Know Us
Make Money with Us
Let Us Help You
And don't forget:
© 1996-2021, Amazon.com, Inc. or its affiliates