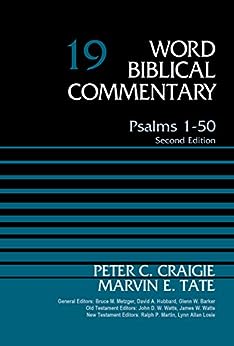 The Word Biblical Commentary delivers the best in biblical scholarship, from the leading scholars of our day who share a commitment to Scripture as divine revelation. This series emphasizes a thorough analysis of textual, linguistic, structural, and theological evidence. The result is judicious and balanced insight into the meanings of the text in the framework of biblical theology. These widely acclaimed commentaries serve as exceptional resources for the professional theologian and instructor, the seminary or university student, the working minister, and everyone concerned with building theological understanding from a solid base of biblical scholarship.

The new series from Matilda’s captain Sam Kerr
Discover the new books by Soccer superstar Sam Kerr. Perfect for sports lovers and readers aged 7 and up, the Kicking Goals series is out now. Buy now.

Bruce M. Metzger (1914 - 2007) was a biblical scholar, textual critic, and a longtime professor at Princeton Theological Seminary. Metzger is widely considered one of the most influential New Testament scholars of the 20th century. He was a general editor of the Word Biblical Commentary (1997 - 2007).

David Allan Hubbard (1928 - 1996), former president and professor of Old Testament at Fuller Theological Seminary in Pasadena, California, was a recognized biblical scholar. In addition to over 30 books, he has written numerous articles for journals, periodicals, reference works. He was a general editor of the Word Biblical Commentary (1977 - 1996).

4.8 out of 5 stars
4.8 out of 5
15 global ratings
How are ratings calculated?
To calculate the overall star rating and percentage breakdown by star, we don’t use a simple average. Instead, our system considers things like how recent a review is and if the reviewer bought the item on Amazon. It also analyses reviews to verify trustworthiness.