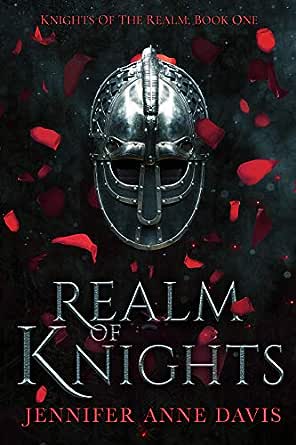 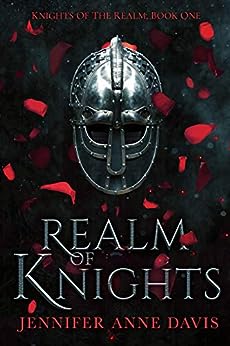 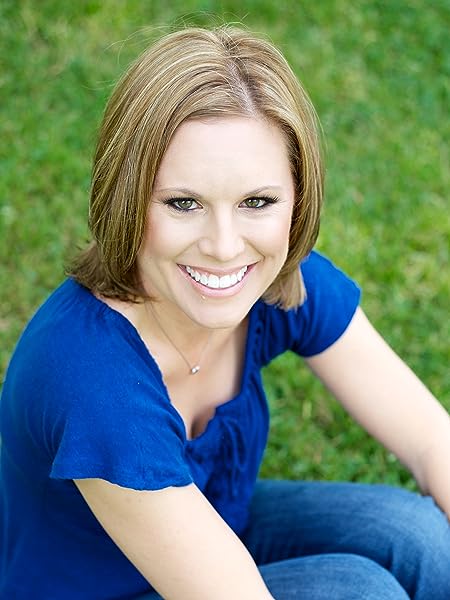 Realm of Knights: Knights of the Realm, Book 1 Kindle Edition

4.4 out of 5 stars
4.4 out of 5
86 global ratings
How are ratings calculated?
To calculate the overall star rating and percentage breakdown by star, we don’t use a simple average. Instead, our system considers things like how recent a review is and if the reviewer bought the item on Amazon. It also analyses reviews to verify trustworthiness.

Tirzah Ryan (Withers)
1.0 out of 5 stars Bland.
Reviewed in Australia on 2 June 2020
Verified Purchase
The heroine appears to have very few thoughts or feelings. She just does whatever she's told. A true Mary Sue archetype, bland and predictable. Try Tamora Pierce's Lioness series instead if you want an interesting female masquerading as male story.
Read more
Helpful
Comment Report abuse

Realm of Knights was an empowering delight to read. Rich description brought to life a medieval setting that inspired my recent obsession with historically-set books. Well-developed characters were also at the forefront of my reasons for liking this book. This story vividly portrayed the internal conflict of being forced in to harsh situations for the sake of one’s family. Realm of Knights was an advocate for female power as well as gender equality in a time setting that was not known for either.

I adored the main character Reid as she was a comforting sentimental reminder of my childhood obsession with Alanna from Tamora Pierce’s Song of the Lioness series. I grew up reading and fantasising about being a strong warrior maiden as a result of Tamora’s books. Realm of Knights started out with a similarly well-written and descriptive tale of a woman’s plight to save those she cares about most.

While I thoroughly enjoyed majority of this book there were however, a few aspects that negatively caught my attention and brought down my overall rating. The mystery entwined with this story was intriguing at first, yet the consistency of it throughout the book without providing any answers to the reader became tiresome. I was left with SO MANY questions, half of which I had formed during the first half of the book. I had been expecting at least some of them to be answered by the ending, to no avail.

In addition to this, a dramatic alteration in pace from the beginning’s action-filled moments to a slow trudge through the middle was quite jarring to the reading experience. When paired with some questionable decisions from Reid, of which I couldn’t quite reconcile with my version of her as a character, I was left feeling a little bit lost. The inclusion of more ‘bread crumbs’ and consistency throughout the book would have made it worthy of the story’s highly impactful beginning.

Characters:
REID – Was my favourite character in this HANDS DOWN. She was intelligent, brave and deeply loyal to her family. She commanded respect from everyone she met and earned mine within the first chapter. The sacrifices she had willingly made throughout her life for her family’s safety were commendable. I loved that at heart she was adventurous and progressive. Reid had experienced the freedom given to men and refused to accept any other treatment as a woman, which made me happy! She was definitely not easily manipulated nor weak of inner strength.

PRINCE ACKLEY – Was an intriguing and quiet character. He had considerable impact in this story though, despite his dislike of revealing any personal information. If I had to describe him at all it would be… cunning. Nothing about him seemed straight-forward or genuine. Instead I was constantly looking for an ulterior motive in his intentions.

PRINCE GORDON – Was the fiercely loyal army commander and as straight-forward as they get. He came across as brutish (in a good way) and of sound moral fibre. The prospect of him being related to Prince Ackley seemed almost unbelievable. The brothers could not have been more different. This was a captivating dynamic as their first loyalty was essentially to each other and yet despite Prince Ackley’s position (SPOILER… so I won’t reveal it) it seemed like only Gordon fought for the good of all in the Kingdom.

SIDE CHARACTERS – Harlan was an absolute and utter gem! There’s no other way to describe him other than to say he’s loyal, intelligent and Reid’s supportive best friend. Her other friends Royce and Knox were well-meaning but their attitudes altered for the worst when they discovered she was in fact a woman. Gone was their high esteem of her (at least in Knox’s case) and in its place they felt the need to constantly overpower and restrict Reid’s actions in a way that they hadn’t seen fit to when she was considered a boy.

Overall, this story was a very pleasant read and part of a series that I will continue with. I loved that the ending was not as I had predicted it was going to be and nicely set up some intrigue concerning Reid’s future. I look forward to the next book and hope the series continues to surprise.

Megan L.
TOP 500 REVIEWER
4.0 out of 5 stars Intriguing
Reviewed in Australia on 11 September 2019
I flip flopped on my rating and thoughts for this book.
I LOVE the intrigue that’s going on. It’s fun and intriguing and I can’t wait to see what happens.
I also love the added complications of the romances, although I’d like to see more of it.
My problem with this book is that the events and how they transpire don’t seem to be very sophisticated or mature. The events seem simple and I’d expect a higher degree of difficulty for the tasks Reid is set.
I also found some of the language choices to be too modern.
Then there’s the underlying social commentary. I’m not a big fan of writers using their own worlds to pass comment on the current state of ours. It comes off as a bit preachy and it’s displayed here to the max, especially in regards to gender relations. I’m a woman, obvs, so I get it but I don’t need it to be thrown in my face in the books I read as an escape.
I’m torn with continuing this series. I want to know what happens, but there needs to be a massive development in the writing style for me to fall in love.
Read more
Helpful
Comment Report abuse

Ella
4.0 out of 5 stars Loved it
Reviewed in Australia on 1 January 2020
I loved this book and series and can’t wait for the next book. My only complaint is the modern language used in this book. Apart from that I found the book to be intriguing and couldn’t put it down.
Read more
Helpful
Comment Report abuse
See all reviews

J.P.
5.0 out of 5 stars Great Story
Reviewed in Canada on 13 September 2020
Verified Purchase
Great story I couldn't put it down, can't wait to start book 2. Takes you into another world with great characters and amazing adventure.
Read more
Report abuse

Raeder1
4.0 out of 5 stars Oh ho ho sooo many questions! Gobbled it up!❤️
Reviewed in the United States on 7 October 2019
Verified Purchase
I really like this book! I just wish it was a bit longer. I know, I know, we can’t all have 350 pages books but I GOBBLED this up so fast! I didn’t realize I was at the end of the book until I turned the last page 😭 I would say it ends in a cliffhanger but also an appropriate stopping point to being Book 2. With that being said, even though I now have to wait (I don’t know why I start a series when there aren’t 2 books already out.... self torture I guess) it appears books 2 and 3 and scheduled for release dates already. Yay for that! I am soooo excited to see what happens with The Duke of Ellington’s other daughter and if she will make more an an appearance, ALL the princes and of course our main lead Reid. I really hope she ramps up some butt kicking. O scent an enemies to lovers theme maybe approaching (which is the secret to my whole heart) BUT I can’t tell and that makes this book similar to Sara J Maas and her whole “I will give you 27 guys and you won’t know who I pick for the HEA until I pick him!” It’s dramatic and secretive and leaves possible little subplots all over the place. That’s was makes this one of my favorite reads this month! You have got to read it!
Read more
6 people found this helpful
Report abuse

Kindle Customer
1.0 out of 5 stars Wanted to love it
Reviewed in the United States on 13 October 2019
Verified Purchase
I really loved the premise of the book but the ending or not an ending left me unsatisfied. The book was at times slow and while a lot of things were happening in the book, nothing really happened, and nothing was revealed. There was a slight romance that went nowhere. I'm not sure if I'll be paying another 5 dollars for book two. Book one didn't leave me wondering what's next, or wanting more just left me confused and thinking that's it.
Read more
6 people found this helpful
Report abuse

WyoGal
4.0 out of 5 stars Plot moves along briskly as protagonist goes on spy missions
Reviewed in the United States on 11 October 2019
Verified Purchase
I’m excited to see where book two takes the reader (and Reid) as there are some very promising developments in book one. This first book finishes with several teasing loose ends, but the main objective is somewhat accomplished. There are duels, a few vague fight scenes, derring-do stealth missions, romantic developments, great friendships as well as conflicts, political intrigue layers, and gender role challenges.

Reid develops insight regarding traditions and culture differences beyond her homeland, and this opens her mind to further possibilities for her future. She is a positive role model and a very likable, clever, and spunky character who wants to do the right thing. Secondary characters shift in importance as Reid’s worldview changes, so the reader is left wondering who will be Reid’s romantic interest by the end of the series. I am eagerly looking forward to the release of the second book and recommend these books to YA and older readers.
Read more
4 people found this helpful
Report abuse
See all reviews
Get FREE delivery with Amazon Prime
Prime members enjoy FREE Delivery and exclusive access to movies, TV shows, music, Kindle e-books, Twitch Prime, and more.
> Get Started
Back to top
Get to Know Us
Make Money with Us
Let Us Help You
And don't forget:
© 1996-2020, Amazon.com, Inc. or its affiliates