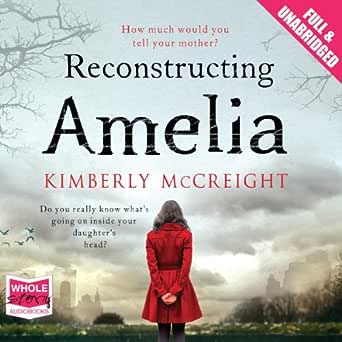 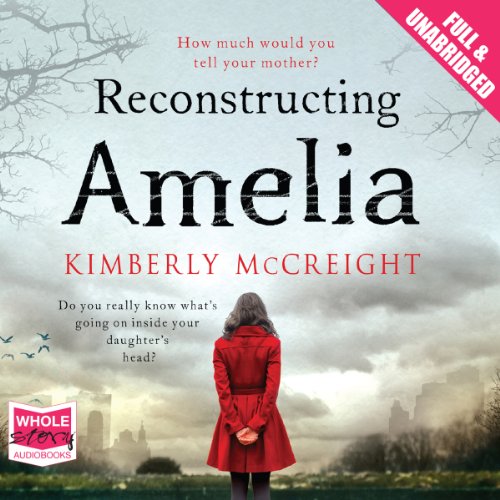 4.3 out of 5 stars
4.3 out of 5
2,435 global ratings
How are ratings calculated?
To calculate the overall star rating and percentage breakdown by star, we don’t use a simple average. Instead, our system considers things like how recent a review is and if the reviewer bought the item on Amazon. It also analyses reviews to verify trustworthiness.

KadyElle
4.0 out of 5 stars 4 stars
Reviewed in Australia on 24 June 2015
Verified Purchase
Kind of an unusual story, when one of the protagonists is dead. At first I thought that might be overly depressing but the narrative takes over and interest in untangling the threads of the story overrides that. McCreight masterfully switches perspective between mother and daughter to slowly unravel the mystery of Amelia's death. I appreciate that McCreight didn't anchor the narratives of Amelia and her mother in the need to have "successful" love lives. They were able to be autonomous characters without needing to be "romantically rescued". The story tilted a little toward the YA genre at times when narrated by Amelia but not in an overly immature way. I enjoyed this book; McCreight is a very competent author and storyteller in the thriller/suspense genre.
Read more
Helpful
Report abuse

Dianne Guthrie
4.0 out of 5 stars Four Stars
Reviewed in Australia on 9 October 2015
Verified Purchase
This is just the type of book I like to read about families and their problems.
Most enjoyable read.

Vivienne Nabarro
4.0 out of 5 stars Reconstructing Amelia
Reviewed in Australia on 11 June 2014
Verified Purchase
A heart wrenching story. Couldn't put it down. Well worth a read. I found it well worth a read. Have recommended it to my reading friends
Read more
Helpful
Report abuse

Danielle
5.0 out of 5 stars Amazing
Reviewed in Australia on 13 April 2014
Verified Purchase
I didn't know what to expect going in, but I absolutely adored the drama, the mystery and the heartache. Kept me giessing right up to the last turn.
Read more
Helpful
Report abuse

Vanessa Simone
4.0 out of 5 stars Four Stars
Reviewed in Australia on 14 December 2014
I enjoyed this book. It was very easy to read and have a few twists to it
Read more
Helpful
Report abuse
See all reviews

The mother, Kate, is a successful lawyer. Her efforts to balance career and family, and the resultant stress and guilt are realistically portrayed. After her daughters' death is ruled a suicide, she is unconvinced and decides to investigate.

Facebook and texts replace the diaries kept by Bridget Jones or Adrian Mole, and are very well used to give you an insight into Amelia's personal life. They allow you to build a clear picture, despite never actually meeting her. They work particularly well at conveying peer pressure and the sininster nature of cyber bullying. The contrast in narrative styles also helps you transition between the perspectives of the analytical Kate and the impulsive Amelia.

The main pieces of the investigation come together rather late on in the novel, and are rather rushed. A few of the final "twists" are disappointingly implausible.

More frustratingly, several of the secondary plots, for instance around the handling of bullying and gangs, are not fully developed. This would have given more depth to the story.

The novel was nominated for several awards and has been optioned for a film.

C. Paiva
3.0 out of 5 stars Bought it, Read it, Wouldn't go advocating it.
Reviewed in the United Kingdom on 10 June 2016
Verified Purchase
As stories/books go, this was an easy read. The story flipping between the point of view of a 15 year old struggling with 'adolescence', a singe career minded working mum and the narrator - should have contributed nicely to make it an interesting read. However, the plot was pretty far fetched and totally unbelievable and unrelatable (for me at least). This was yet another book (of the last few) where I completely didn't warm to the characters! Kate annoyed me and I thought her justification for keeping her only daughter alone at home till 8, not cooking (ever) and not making time for her in general was pathetic, cruel and just didn't stack up (but perhaps that's the working mum in me). Either way, she lost me. Amelia , herself was messed up, and for a character that was portrayed as both mature and 'with it', she disappointed on so many levels. Her so called closest friendship was quite shallow and weak and for someone who reads a lot, acts pretty dumb!
The one thing I actually did like was the intermittent blog posts dished out by somebody annonymous at school - I lapped these up (very unhealthy, i know). I looked forward to reading them in every chapter but there wasn't much of it. Sadly. Would I recommend the book? Not really, but I am contented to have read it. There was a lot of hype around it.
Read more
One person found this helpful
Report abuse

mother of triathlete
5.0 out of 5 stars Brilliant - highly recommended
Reviewed in the United Kingdom on 23 February 2015
Verified Purchase
This was an excellent book and exceptionally well written. You find out right at the start that Amelia has fallen from the roof at school. She is an 'A' student destined for great things and it is ruled to be suicide. The book then follows Amelia's mother coming to terms with the death of her daughter and trying to discover what happened. She is a single parent and heavily involved with work and knows there were times when she was not there for Amelia. The book alternates from Amelia telling her story and her mother, Kate telling hers so you get both their perspectives of the same event.
There are many twists and turns as Amelia's story unravels and you eventually find out what happened on that school roof on that fateful day. I really recommend this book; I read it in a couple of days and then was disappointed that I had finished it. All bookaholics know that feeling!!
Read more
Report abuse

Heather
5.0 out of 5 stars Captivating Read
Reviewed in the United Kingdom on 19 August 2013
Verified Purchase
I found this book to be very captivating.

Its a Crime type investigation story which is written in quite a different way from the norm.

Amelia commits suicide, and the book is essentially following the story of her Mother Kate who is trying to understand why her daughter would have done such a thing and what happened to her. There are many plot twists throughout, and many suspects which you think may have caused Amellias death, however I honestly did not see the final plot twist coming!

What is unusual about the book is that in between the chapters following Kate trying to "Reconstruct Amelia" there are chapters from Amelia's Past in a diary like style. These chapters help you understand what was happening in Amelia's life and what lead to her death - things her Mother did not know.

Amelia's story is an unusual one. She goes to a posh private school which essentially has "gangs" - these gangs, however, are swept under the carpet by the school and left to their own devices. They are extremely secretive and only the members of the gangs know who are in them. Secrecy is the key. The gang that Amelia is in is called The Magpies, and they carry out increasingly risky tasks throughout the story.

All in all, I would happily read this book again! I found it highly captivating and quite different from many things that I have read.
Read more
Report abuse

Kindig Blog
4.0 out of 5 stars Keeps you guessing
Reviewed in the United Kingdom on 5 October 2016
Verified Purchase
I enjoyed the story of 'Reconstructing Amelia' - I liked the split perspectives told in two time lines that tied the story together between Kate and Amelia. I see a lot of reviews on here criticising some parts as 'unbelievable' but I think they may have forgotten how cruel school life can be - particularly with the internet now being a key part. I thought there were quite a lot of red herrings but the conclusion kept me guessing all the way through - I did however think the letters and emails about Kate's past didn't really add anything particularly to the story.

Overall a good read and stand-alone story
Read more
Report abuse
See all reviews
Get FREE delivery with Amazon Prime
Prime members enjoy FREE Delivery and exclusive access to movies, TV shows, music, Kindle e-books, Twitch Prime, and more.
> Get Started
Back to top
Get to Know Us
Make Money with Us
Let Us Help You
And don't forget:
© 1996-2021, Amazon.com, Inc. or its affiliates