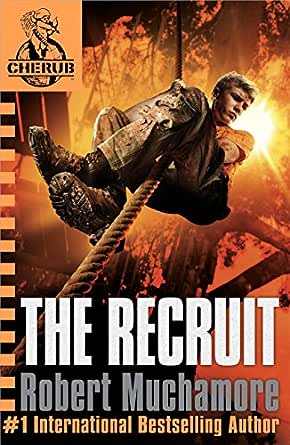 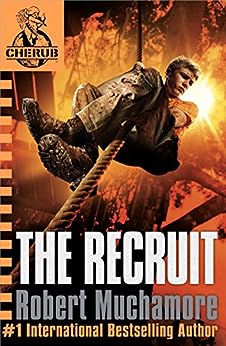 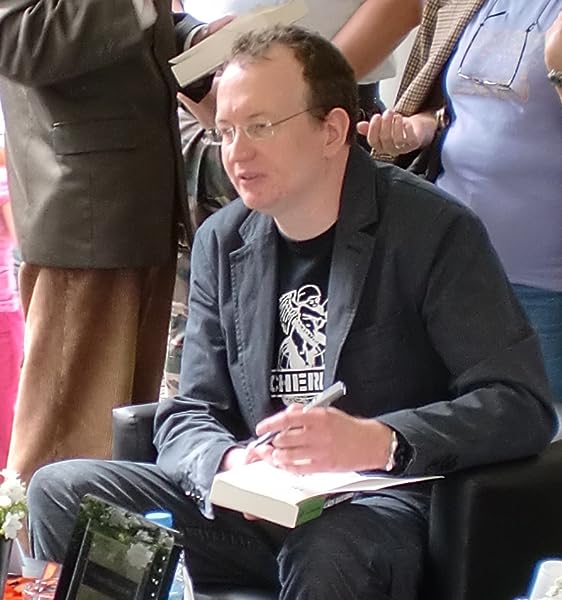 An exciting, swiftly moving tale * School Librarian * Fast-paced, all-action, absolutely addictive * Newcastle Upon Tyne Evening Chronicle * Packed full of non-stop James Bond style action and is very funny too -- Lewis Fairfax, aged 12 * Newcastle Upon Tyne Evening Chronicle * A tough, unsentimental and wonderfully imaginative story * Bournemouth Daily Echo * Exciting and definitely unputdownable! * Essex Chronicle * Action all the way * Ireland on Sunday * Punchy, exciting, glamorous and, what's more, you'll completely wish it was true * Sunday Express * This series is easy to get hooked on and will keep you enthralled for days .. a surefire winner * Yorkshire Evening Post * A thoroughly enjoyable book ... gripping and one that will stay with you for a while -- Oliver Seymour, aged 12 * Surrey Today * You can't put this book down ... full of adventure and mischief with just a touch of romance! * Gloucestershire Echo * Cracking stuff * Aberdeen Evening Express * I give this book 10 out of 10 because I could never put it down * The Guardian * [A] pacey spy thriller... taut writing and powerful descriptions * Time Out * --This text refers to an out of print or unavailable edition of this title.

Praise for books in the CHERUB series: 'Punchy, exciting, glamorous and, what's more, you'll completely wish it was true.' - Sunday Express'Crackling tension and high-octane drama.' - Daily Mail'A really good book that you could re-read over and over again.' - Guardian'Pacy writing, punchy dialogue and a gripping plot, it's got it all.' - Daily Express'Fast-moving action ... and cool gadgets!' - The Times --This text refers to the paperback edition.

Robert Muchamore was born in Islington in 1972 and spent thirteen years working as a private investigator. He loves Arsenal and watching people fall down holes. He hates swimming and getting chased by cows. He was inspired to start writing by his nephew's complaints about the lack of anything for him to read! His books are now bestsellers in many countries around the world. For more information, go to www.muchamore.com. --This text refers to the paperback edition.

Robert Muchamore was born in London in 1972 and used to work as a private investigator. CHERUB is his first series and is published in more than twenty countries. For more on the series, check out CherubCampus.com/USA. --This text refers to the hardcover edition.
Read more

4.7 out of 5 stars
4.7 out of 5
609 global ratings
How are ratings calculated?
To calculate the overall star rating and percentage breakdown by star, we don’t use a simple average. Instead, our system considers things like how recent a review is and if the reviewer bought the item on Amazon. It also analyses reviews to verify trustworthiness.

Amazon Customer
4.0 out of 5 stars cherub, the Recuit, orphaned kids as spys.
Reviewed in Australia on 19 January 2019
Verified Purchase
I purchased this book to try and encourage my 13 year old grandson to read instead of staring at his phone.
It didn't work, he wouldn't look at it. So I read it. It was good. Kids from the streets using their smarts to survive. A good read.

S L NANCE
5.0 out of 5 stars coo
Reviewed in Australia on 16 April 2019
Verified Purchase
I love the 100 days of basic training it was just awesome thanks robert i also lobe Hendersons boys i highy recomend it
Read more
Helpful
Comment Report abuse

Ryan Ogden
5.0 out of 5 stars Thrilling start.
Reviewed in Australia on 14 October 2019
Verified Purchase
A book I’ve read many many times now, it never gets dull. It’s exciting and thrilling and will forever be my absolute favourite.
Read more
One person found this helpful
Helpful
Comment Report abuse

Tayla Erikozu
5.0 out of 5 stars Best Book Ever!
Reviewed in Australia on 16 October 2017
Verified Purchase
I would recommend this to anybody no matter what age. My friend got me into this series and now i can't stop reading. I would definitely recommend this book!
Read more
Helpful
Comment Report abuse

Olivia Owens
5.0 out of 5 stars The recruit
Reviewed in Australia on 21 June 2020
Verified Purchase
This book is
amazing it has so many things that are happening which is good because it just means nor action and I know everyone loves action.

Emma Wilson
5.0 out of 5 stars Amazing book yet
Reviewed in Australia on 12 July 2014
Verified Purchase
This book was absolutely amazing. Should totally be turned into a movie! Totally reading the next CHERUB book.

Jimmy Draken
4.0 out of 5 stars Four Stars
Reviewed in Australia on 1 May 2015
I liked the idea of teenage kids going into secret missions. It was a great book. Good Read
Read more
Helpful
Comment Report abuse
See all reviews

muna khan
5.0 out of 5 stars Great book for my 11 year old son
Reviewed in the United Kingdom on 5 December 2019
Verified Purchase
Bought book 1 to 3 of the series and got worried when the book had a warning saying not suitable for young readers. I think it is fine for my 11 year old son who absolutely loves reading the books. He told me the content is very different to what he's ever read. He's finished the Alex Ryder books, this is definitely the next level up! I'm happy because he recently started to lose interest in reading, until he started reading this book, he can't put it down.
Read more

H J Mac
4.0 out of 5 stars Harry I don't think we're in Hogwarts anymore
Reviewed in the United Kingdom on 26 July 2013
Verified Purchase
This is such a refreshing series of books. To be honest I wouldn't recommend it for people who are looking for comfort reading or cosiness. It's more akin to J K Rowling's The Casual Vacancy if written for young people, rather than Harry Potter.

I love a comfort read as much as the next person, but I really enjoyed these books. This one introduces us to the main character, James, who has got a pretty grim life, with very few prospects. The only things he has that are entirely positive are his sister, and his intelligence. Both which will prove to be the things he really needs.

These books deal with a very rough and unprotected sub set of children. Most parents would feel very upset to think their children would ever have to grow up so fast. At 12 years old these kids are facing dangers most of us would never imagine, and they aren't mollycoddled, not at all. In fact there is very little caring and love ever shown towards them, and they look for it in each other. They start having relationships by the age of 12, which for most of us feels very underage, and a shame as we want kids to be kids, and this isn't an option for the CHERUB kids. They've been abandoned or abused already by parents, and society, and are now thrown into a world that is infinitely better for them in some ways, but incredibly harsh and brutal in others.

Somehow I can't imagine social services approving of the way they are treated. I had particular difficulty with one of their trainers at the spy school, he is a nasty cruel bully, and I kept finding it difficult to accept that sort of behaviour would be accepted by a school. Think Snape and Umbridge only much worse.

Still the books are a lively read, I really enjoyed them, and loved the way the author just presents the world they are in, without judging it, and from the POV of characters who have had their attitudes and thoughts already pretty messed up.
Read more
6 people found this helpful
Report abuse

Gabriella Facc
5.0 out of 5 stars READ READ READ!!
Reviewed in the United Kingdom on 13 January 2019
Verified Purchase
These books are absolutely brilliant, the whole series is amazing. The characters within the book are brilliant, very likable and relatable in many ways. The books are brilliantly wrote and every mission these kids go on is so exciting with twists and turns. You are wanting to carry on reading and not put the book down. I mean reading these books, you are always waiting to be taken to Cherub campus to become a cherub agent. I mean it would be seriously awesome to be a spy. I have read these books over and over again, loving it every time I read them and never ever getting bored. Robert Muchamore is a brilliant author, and any teenager to adult should read these. There needs to be more cherub book. Absolutely brilliant, a must read!!
Read more
Report abuse

paul mcbride
4.0 out of 5 stars Gripping!!
Reviewed in the United Kingdom on 26 March 2020
Verified Purchase
Robert Muchamore’s Cherub: The Recruit, is an action-packed thriller based on a branch of the British Intelligence called CHERUB. Their agents range from 10-17 years old, and CHERUB campus (where they live) is in a remote location of the English countryside.
In the book James Adams, the main character joins CHERUB after his mum dies, he then goes on to save hundreds of oil representatives at a global event.
I think this book is for any readers from the age of 10 -18, as it relates quite a lot to younger life. I really like this book because of the way Robert Muchamore builds suspense. Also the story grips the reader, so they end up wanting to read more, eager to find out the end result.
(11 year old reviewer)
Read more
Report abuse
See all reviews
Get FREE delivery with Amazon Prime
Prime members enjoy FREE Delivery and exclusive access to movies, TV shows, music, Kindle e-books, Twitch Prime, and more.
> Get Started
Back to top
Get to Know Us
Make Money with Us
Let Us Help You
And don't forget:
© 1996-2020, Amazon.com, Inc. or its affiliates