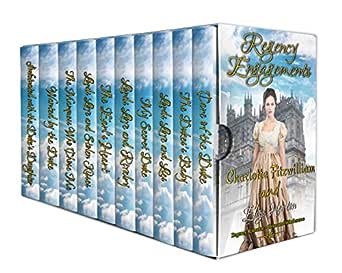 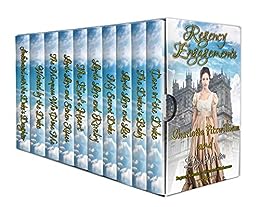 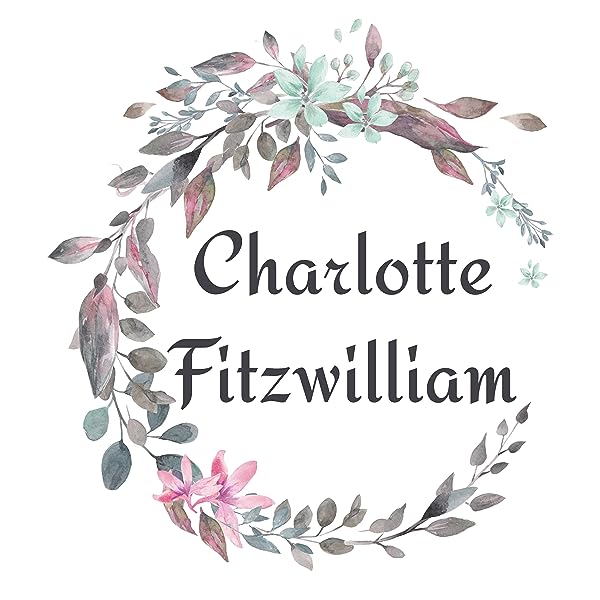 4.3 out of 5 stars
4.3 out of 5
58 global ratings
How are ratings calculated?
To calculate the overall star rating and percentage breakdown by star, we don’t use a simple average. Instead, our system considers things like how recent a review is and if the reviewer bought the item on Amazon. It also analyses reviews to verify trustworthiness.

I received a free copy of this book via Booksprout and am voluntarily leaving a review.

annette serafin
4.0 out of 5 stars Easy reading
Reviewed in the United Kingdom on 4 November 2020
Verified Purchase
Lovely books easy reading. Heartwarming old fashion romance with a touch of bravery. Loved them all. Look forward to reading the next book.
Read more
Report abuse

maureen cottingham.
5.0 out of 5 stars Wonderful,exciting,compelling love stories
Reviewed in Spain on 9 January 2021
Verified Purchase
Thoroughly enjoyed these books, each one had its tale to tell with so many twists and turns, but true love always wins thorough.
Read more
Report abuse

Emily Pennington
5.0 out of 5 stars Wonderful Regency Stories !!!
Reviewed in the United States on 25 April 2020
Verified Purchase
This wonderful set of novels by Charlotte Fitzwilliam and Eliza Heaton includes: Care of the Duke, The Duke’s Baby, Lords Love and Lies, My Secret Duke, Lords Love and Rivalry, The Earl’s Heart, Lords Love and Stolen Kisses, The Marquess Who Chose Me, Wanted by the Duke, and Infatuated with the Duke’s Daughter. Below are two reviews to give you an idea of what’s inside.

*** Reviewing “THE DUKE’S BABY” by Eliza Heaton ***
Beatrice was the only daughter of the Edmundsons, a wealthy merchant family who possessed the fortune and the necessary servants to see that she was raised properly. However, being obstinate and headstrong, she often did what she felt like doing, such as wearing no shoes, no bonnet, and standing on a bench with her hair in disarray. Her governess had a headache, and with such a beautiful day, she skipped her lessons and went outside but had no one to talk to.

She found a boy sitting in the garden on the other side of the wall. It looked like they were neighbors. He was reading a book and looked unhappy. Should she throw an acorn to get his attention? He tried to ignore her but said he would seek aid if she continued to attack him. Ah, so he had noticed her! She said hello, and he told her he was studying. He said he thought she was an urchin because a young woman of class and wealth would wait to be introduced properly. She jumped over the wall and demanded an apology! Instead he called her rude and told her, “I am to be addressed as Lord Fenwick; I am a Marquis. My father is the Duke of Norwich.” As her temper rose and she was just about to cut loose with some very bad words, her mother’s nurse and companion, Miss Chisolm, arrived looking for her. The Marquis introduced himself and said she had been helping him study; then he helped her over the wall.

When Beatrice turned 16, she told Gertie she wished she were out in society so that she and Arthur next door could be married. She had not seen him for two years and missed him terribly. But he was not sending for her or making an effort to see her. Beatrice sat with her family for tea and her father, reading the newspaper, found an article of interest for them. He told them they should call and congratulate their neighbor since the Duke of Norwich was recently wed to the eldest daughter of the Earl of Winslow. Beatrice stopped breathing and began to feel faint, hearing Gertie call from a long way off. Her teacup slipped from her fingers as her world became dark.

Broken hearted and assumed ill, the family moved back to Kent so her friends could cheer her up. After 2 years, they returned to Bath, but seeing Arthur and his wife and child during her walk brought all the pain back. She asked Gertie to arrange for her to never come back here again. Although Beatrice was sick at heart, she did not get the fever that was going around at the time. But a short time later, they heard the news that Arthur’s wife had died. Beatrice’s mother insisted they call on the family, despite her own weakness that might let her catch the fever. Finally the Dowager Duchess turned to a handsome young man, addressing him as Dr. Whitmore, and asked him to provide care for Mrs. Edmundson whose health was similar to her own. A doctor – that would explain why he seemed to study Beatrice, she figured. Again his gaze lingered as they were introduced, and he smiled at her. With Arthur being away more and more often, she knew baby Lydia needed her care and love. Would the doctor become close to Beatrice? Or would she not be able to love another man as she had loved the Duke? What would the future have in store for her?

This is such a great story that pulls the reader in right from the start. Both Beatrice and Arthur were very strong characters and their friendship was deep. But Arthur was second cousin to the Prince Regent and had strict rules that must be followed regarding an heir. There is so much more to come. Grab this wonderful book and see where fate takes them.

*** Reviewing “MY SECRET DUKE” by Eliza Heaton ***
Miss Gabriella Parker was warming herself by the fire on a chilly early morning Spring day. Her companion, Barbara Anderzimple, excitedly listened to Gabby’s story of how terrified she was and how she almost died. Being privileged and wealthy, they took all the luxury and beauty around them for granted, Gabby aware only of the effect her story was having as she teased her companion with holding back the details of her horrifying experience. Then Gabby began telling her tale of a dark and stormy night …

She continued her story of entering the woods, trying to get home in the awful storm, rain, and lightning. In the dark woods, they ran across a notorious highwayman and his band of thieves who chased them down, holding rapiers high and aiming pistols at the driver and footman. The leader told her she must come with him, where he would hold her for ransom, or else he would kill her men and steal her horses. So she “sacrificed” herself and went with him to his lair. As she got to the scary part of the story, her mother came in and told them Gabby would not be finishing her story! Gabby apologized to Barbara for scaring her so badly, and admitted the story was made up – although she thought it was a very good one! As the young women left the room, Gabby whispered that next time she had a pirate adventure to tell her about!

With the snow falling outside, Gabby was ready for her Second Season. Her mother insisted she must be engaged by its end. At the costume ball, Barbara introduced her to Mr. Fenton, a thin short man who was absolutely boring. But as she danced, she saw a man close by dressed in black as a highwayman, and he seemed to be watching her. However, when the dance ended, he had disappeared. Another boring man was telling her about a sermon he had read, and she felt someone staring at her. It was again the highwayman, and he wore a mask she now noticed. He tipped his hat at her this time and nodded his head toward the outer hall. Did he want her to join him? How could she politely get away from the boring man talking to her now?

She hurried out and the highwayman walked toward her. He was tall with dark brown eyes. He intrigued her. When she insisted on his name, he told her to call him Foxworth. He was arrogant and bold, but she could not walk away as she should have. He noticed that she liked his directness and was not insulted as others would have been. He recognized her independent nature. Just as they were truly getting to know each other, Barbara called to her from across the hall. As she turned back to Mr. Foxworth, he had disappeared. Who was this gentleman? No one seemed to know, but Gabby could not stop thinking about him. Would they meet again? Would she find out more about him? Why was she so drawn to him?

This was a fairly slow-moving story that focused on the flights of fancy and imagination of Gabby. Her mind burst into stories for all aspects of her life, and her mercurial moods were enough to dizzy the reader, as they did the characters in the book! The story line wasn’t bad, just slow. But once Gabby met Mr. James Foxworth, things got much more interesting. Grab your copy and see if the adventurous Gabby can decide on a husband – she has three men from the ball who have taken an interest, and a highwayman no one knows!
Read more
One person found this helpful
Report abuse

Janie_tx
4.0 out of 5 stars Good Read!
Reviewed in the United States on 26 November 2020
Verified Purchase
The stories were all well written and the storylines well defined. The authors drew the readers in and kept their attention through out the stories as well as allowing us to experience their characters many emotions. The stories had intrigue, suspense, discoveries, betrayal, love, and each had a happily ever after.
Read more
Report abuse

PhyllisLarry
5.0 out of 5 stars Intriguing and inspiring story.
Reviewed in the United States on 25 July 2020
Verified Purchase
Hard to put down. This is an Enjoyable and inspiring love story. An ending that everyone would want for themselves.
Read more
Report abuse
See all reviews
Get FREE delivery with Amazon Prime
Prime members enjoy FREE Delivery and exclusive access to movies, TV shows, music, Kindle e-books, Twitch Prime, and more.
> Get Started
Back to top
Get to Know Us
Make Money with Us
Let Us Help You
And don't forget:
© 1996-2020, Amazon.com, Inc. or its affiliates