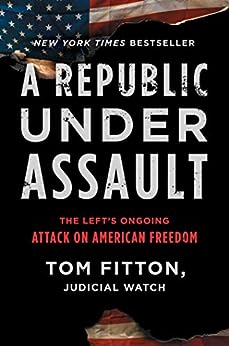 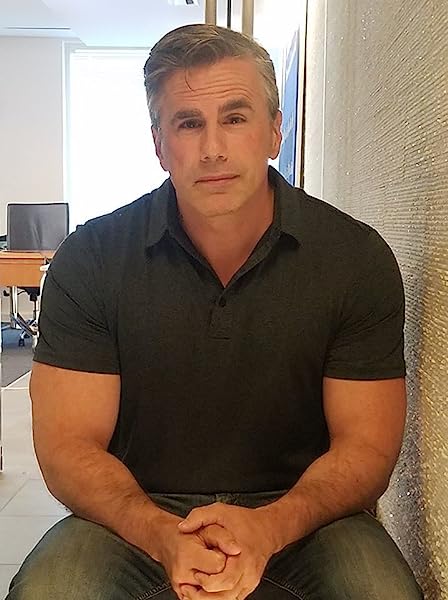 Tom Fitton, president of Judicial Watch, Inc., has helped lead Judicial Watch since 1998. Under Fittons leadership, Judicial Watch was named one of Washingtons top ten most effective government watchdog organizations by the Hill newspaper. He is an internationally recognized expert on government corruption, immigration enforcement, congressional and judicial ethics, and open government. He has been quoted in many newspapers and has also appeared on every major network and cable news network in the United States, including ABC, CBS, NBC, CNN, Fox News Channel, C-SPAN, and MSNBC.

“When it comes to fighting for the American people’s ‘right to know,’ no one holds a candle to Tom Fitton and his team at Judicial Watch. A Republic Under Assault lays bare the condemning facts Judicial Watch continues to expose about ‘Obamagate,’ the Deep State’s seditious coup to bring down Donald Trump, and much more. This is must reading for every American who wants to save our nation.”
—Sean Hannity, #1 New York Times bestselling author of Live Free or Die

“No one is more effective and fearless in fighting corruption in Washington, D.C., than Tom Fitton and Judicial Watch. If you care about the future of our country and want to make a difference, read Clean House. It’s time to put both Democrats and Republicans on notice.”
—Peter F. Schweizer, New York Times bestselling author of Clinton Cash

“The Corruption Chronicles is the Encyclopedia Britannica of corruption in Washington DC. It shows Americans that there is a way of forcing D.C. politicians to follow the rules.”
—Glenn Beck, New York Times bestselling author of Arguing with Socialists

“A readable, engaging, persuasive account of what has gone wrong… Easily the most comprehensive tour of the ‘Chicago way’ we have seen to date.”
—The Washington Times

"Not one non-profit in America has done as much to advance genuine transparency and accountability in government as has Judicial Watch with its dogged use of the Freedom of Information Act and the federal courts."
—Mark Tapscott, executive editor of The Washington Examiner

"Judicial Watch has always been at the top of our ‘go to’ list when I want to talk about waste and corruption in government.  JW serves the American public in a way you could only hope that our elected officials would.”
—Lars Larson, nationally syndicated radio host of The Lars Larson Show --This text refers to an alternate kindle_edition edition.

Tom Fitton serves as president of Judicial Watch and brings thirty years’ experience in conservative public policy to America’s largest and most effective government watchdog organization. The author of the New York Times bestselling The Corruption Chronicles and Clean House, Fitton is one of the world’s leading experts on government corruption, with Judicial Watch having filed hundreds of lawsuits to expose government misconduct and abuse. Fitton holds a BA from George Washington University. Visit www.JudicialWatch.org.

My latest Judicial Watch book, out now, is &quot;A Republic Under Assault: The Left's Ongoing Attack on American Freedom&quot;

How the Democratic National Committee and the Clinton campaign paid for the fraudulent anti-Trump “Steele Dossier,” and how it was used by the Obama FBI and DOJ to dupe the FISA Court to allow it to spy on the Trump presidential campaign AND President Trump! These and more dirty secrets of Obamagate and the impeachment coup attack are exposed.

Deep State Efforts to Destroy the Trump Presidency: How the Obama administration spied on the Trump presidential campaign AND President Trump! The dirty secrets of Obamagate and the impeachment/coup attack are exposed!

Hillary Clinton Email Scandal: How the Clinton team and senior officials at the Obama State Department conspired to cover up Hillary Clinton’s secret email system—and shocking revelations that tie the Obama White House to the cover-up!

Voter Fraud: How Soros-funded groups attack states that seek to protect clean elections by challenging voter ID laws, and how the Left is cynically peddling COVID-19 crisis electoral “reforms,” such as mail-in voting, which could increase voter fraud and election chaos. And shocking numbers about dirty voting rolls across the nation!

Illegal Immigration: How deadly illegal “sanctuary” policies are exploding across America, and how our nation’s sovereignty has been under assault by radical open-border advocates.

Subversive Deep State collaborators with ties to the Clinton and Obama machines not only launched countless—often illegal—operations to stop and then remove Trump, but even more alarmingly, are working to transform the United States into something truly unrecognizable to all who believe in liberty and the rule of law.

Today one of their main targets is President Donald J. Trump.

4.8 out of 5 stars
4.8 out of 5
657 global ratings
How are ratings calculated?
To calculate the overall star rating and percentage breakdown by star, we don’t use a simple average. Instead, our system considers things like how recent a review is and if the reviewer bought the item on Amazon. It also analyses reviews to verify trustworthiness.

5.0 out of 5 stars Great book!
Reviewed in Canada on 22 November 2020
Good quality!
Images in this review

JKM
5.0 out of 5 stars Excellent Research
Reviewed in the United States on 25 October 2020
Verified Purchase
There is some seriously enlightening research in this book. I'm recommending it to every red blooded American that I know.
Read more
83 people found this helpful
Report abuse
See all reviews
Back to top
Get to Know Us
Make Money with Us
Let Us Help You
And don't forget:
© 1996-2021, Amazon.com, Inc. or its affiliates