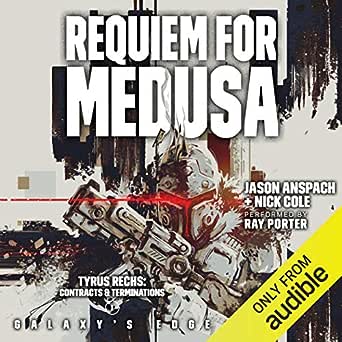 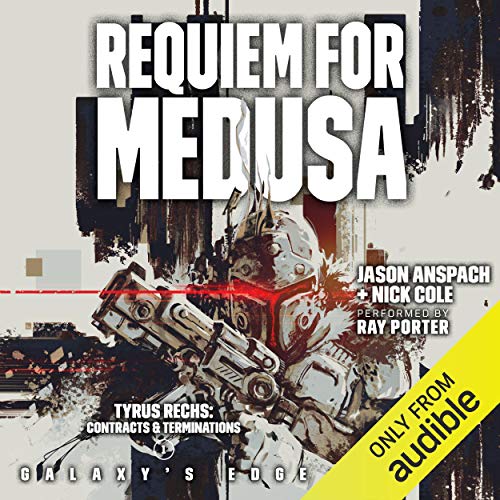 4.8 out of 5 stars
4.8 out of 5
218 global ratings
How are ratings calculated?
To calculate the overall star rating and percentage breakdown by star, we don’t use a simple average. Instead, our system considers things like how recent a review is and if the reviewer bought the item on Amazon. It also analyses reviews to verify trustworthiness.

JD (Baen Fan)
5.0 out of 5 stars They took her life. Now Rechs is coming for payback, and he doesn't care who he has to kill.
Reviewed in Australia on 19 March 2019
Verified Purchase
This book is one I'd been waiting for ever since I read Book two, and first read of Tyrus Rechs, and then read Imperator. It's a little look into his life as a bounty hunter, as he takes on a mission to find out who killed a fellow bounty hunter that he knew very well, and loved. Nick and Jason created a Boba Fett type character that just oozes cool. With his Mark 1 Armour, and his old style bolt thrower, Rechs is an old style bounty hunter who just will not quit until he's dead, and even then he'll be trying to beat Death's skull in with his bare hands.

The requiem for Medusa refers to Medusa, a female bounty hunter who saves Rechs life while on a mission, and the two share an intimacy that is cute to read. Even though she's infected with a deadly nano-virus that is slowly turning her into a cyborg/robot (it's never really clear if it's one or the other), Rechs comes to love her, even though he never tells her.

When she is killed on a mission, betrayed by someone in the Bounty Hunters Guild, Rechs is the one to investigate. He finds her target, but he only knows who originally wanted him dead, so Rechs goes after the people who originally hired Medusa. On an orbital station where absolutely anything goes, he goes after the two Underworld bosses of two different organizations, and ends up in a Battle Royale style game of death. The final shootout between robots, gangsters, bounty hunters, Nether Ops kill teams and Rechs is truely epic in nature.
Read more
One person found this helpful
Helpful
Report abuse

Sam Hart
5.0 out of 5 stars Top shelf action adventure in space!
Reviewed in Australia on 20 June 2018
Verified Purchase
I really loved this Tyrus Rex story. The whole Galaxy’s Edge series is great, but some parts excel, and this was one such.

It’s an amazing and tension filled revenge quest with some truly beautiful and emotional character development beats really making a full and satisfying story out of the sharp, hard action scenes. At the end you feel like you know Tyrus Rex better than he knows himself, yet while reading the action seems relentless.

Scott Osmond
TOP 100 REVIEWER
5.0 out of 5 stars Revenge, Bounty Hunting And Plenty Of Action
Reviewed in Australia on 22 June 2018
Verified Purchase
From earlier entries in the Galaxy's Edge story we know that Tyrus Rechs is considered a legend by other characters. In this one we get to ride along with him and find out why first hand. Thousands of years old, lonely, deadly and loyal and when someone kills a colleague and former lover there can only be one answer. The Galaxy's Edge series has hooked me from the first and this entry is no exception. The action and character development is superb. One of the things the authors avoided is overpowering Rechs and turning him in to a caricature. He at times needs and recievs help. His character interactions and treatment of others earns him that help. This entry can serve as a entry level novel if you are new to the series. I'll be reading the next.
Read more
One person found this helpful
Helpful
Report abuse

Brian
TOP 500 REVIEWER
5.0 out of 5 stars An enjoyable read
Reviewed in Australia on 25 June 2018
This is an entertaining science fiction story that seems to channel aspects of Dirty Harry, Die Hard and terminator. The main character is well drawn and the plot keeps you engaged.
Read more
Helpful
Report abuse

Definitely worth reading and you won't be disappointed.
Read more
Helpful
Report abuse
See all reviews

Ajh
5.0 out of 5 stars Much loved series
Reviewed in the United Kingdom on 3 July 2018
Verified Purchase
I really enjoy every book written in the galaxy edge series with the action scenes and the in depth description of the world and machines which make up this Galaxy.added to this is the way every character is written making you feel you know them on a personal level
Can't wait for the next installment
Read more
One person found this helpful
Report abuse

PJ Bookish
5.0 out of 5 stars Speechless.
Reviewed in the United Kingdom on 26 August 2018
Verified Purchase
If you don't know who Tyrus Rechs is you are missing out on an amazing character, soldier, legionnaire.
This story is violent, graphic, but also highly emotional.
I could not fault this book and am eager for more of his history.
Read more
One person found this helpful
Report abuse

paul sparks
5.0 out of 5 stars Tyrus Being Tyrus
Reviewed in the United Kingdom on 19 October 2019
Verified Purchase
It's extremely enjoyable to get more depth of character in people we know from previous books and get to understand how things earned their names, great book go read it
Read more
Report abuse

Stuart, Morecambe
5.0 out of 5 stars An exciting and constantly unfolding, well written story
Reviewed in the United Kingdom on 26 July 2018
Verified Purchase
Enjoyed it so much I've pre-ordered book 2, due out in August. It has everything ... adventure, aliens by the score, love interest and constant action ... really enjoyed it ... hope you do
Read more
Report abuse

overworkedandunderpaid
5.0 out of 5 stars Action meets emotion
Reviewed in the United Kingdom on 27 September 2019
Verified Purchase
Having read the entire GE series, i was excited to get deeper into the Rechs storyline and this did not disappoint. The action is every bit as good as the Victory Company exploits and the emotional ending is as close to a tear-jerker as you’re likely to find in military sci-fi. Highly recommended.
Read more
Report abuse
See all reviews
Back to top
Get to Know Us
Make Money with Us
Let Us Help You
And don't forget:
© 1996-2021, Amazon.com, Inc. or its affiliates