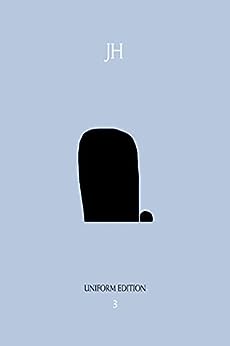 by James Hillman (Author), Glen Slater (Editor) Format: Kindle Edition
See all formats and editions
Sorry, there was a problem loading this page. Try again.
Glen Slater writes in his introduction: "This volume, for the first time, collects James Hillman's running encounters with a primary psychological pattern, an archetype that arises alongside the very attempt to fashion psychological perspective. Senex and puer are Latin terms for "old man" and "youth," and personify the poles of tradition, stasis, structure, and authority on one side, and immediacy, wandering, invention and idealism on the other. The senex consolidates, grounds and disciplines; the puer flashes with insight and thrives on fantasy and creativity. These diverging, conflicting tendencies are ultimately interdependent, forming two faces of the one configuration, each face never far from the other. "Old" and "new" maybe the most direct terms for the pair.Thirteen chapters include the themes of Opportunism, Betrayal, Wounds and Scars, Negativity, Nostalgia, the Soul/Spirit Distinction, Verticality, Ambition, and Transcendence.
Read more
Previous page
Next page

JAMES HILLMAN's pioneering imaginative psychology will soon span five decades. It has entered cultural history, affecting lives and minds in a wide range of fields. For the creativity of his thinking, the originator of Archetypal Psychology and author of A TERRIBLE LOVE OF WAR, THE SOUL'S CODE, and THE FORCE OF CHARACTER has received many honors, including the Medal of the Presidency of the Italian Republic. He has held distinguished lectureships at the Universities of Yale, Princeton, Chicago, and Syracuse, and his books have been translated into some twenty languages. --This text refers to the hardcover edition.

4.1 out of 5 stars
4.1 out of 5
20 global ratings
How are ratings calculated?
To calculate the overall star rating and percentage breakdown by star, we don’t use a simple average. Instead, our system considers things like how recent a review is and if the reviewer bought the item on Amazon. It also analyses reviews to verify trustworthiness.

Graham Mummery
5.0 out of 5 stars Puer Genius
Reviewed in the United Kingdom on 11 February 2014
Verified Purchase
James Hillman is probably the most significant thinker to have emerged from the Jungian tradition. In some ways, perhaps, he even transcended it, to form his own version called archetypal psychology, though like Jung he also refused to endorse a "school" of psychology as such.

The current volume contains a number of essays on the matter of the puer aeternis which is literally the eternal boy, though Hillman expressly states this archetype is one that can affect women, so I will refer to it as child in this review. Marie-Louise von Franz, another major thinker in the Jungian tradition, has also written a significant volume on this matter ( The Problem of the Puer Aeternus (Studies in Jungian psychology by Jungian analysts) ) which is also sometimes also known a "Peter Pan" syndrome, the problem of people who are unable to grow up.

Hillman however has another take on this. The child is not so much a problem as a solution. The child who experiments and expands boundaries for us. In a later essay he points out one perhaps should not look at such a child in relation to the mother and how it suckles. More important is the milk it takes to transform itself into life. However, he also suggests just as important as the child is another figure who it has to be seen in relation to, the senex, or the elder. The senex is the holder of limits, conventions, the one that has experienced woundings and who may be advising caution to the child as it knows that death is also a possibility. It is therefore the relationship between these two images that are important to consider.

The essays in this volume centre around the interactions of these two figures. But also on the two as forms of consciousness in their own right, on the nature of soul and spirit, nostalgia, opportunity and woundings. Many of the essays can be read individually on their own. The one I particularly enjoyed is one on the experience of betrayal which Hillman looks at on all levels: our feelings of being betrayed by parents, friends, as well as by nature and ourselves, and how we can recover from them.

The introduction suggests that these are a companion piece to Hillman's work  RE-Visioning Psychology . Possibly, but this volume may be easier to follow than the other book as it is in more manageable pieces. It is also perhaps less complex because Hillman's erudition (like Jung's) is sometimes overwhelming. It might be better to read some of Hillman's more populist works like  The Soul's Code: In Search of Character and Calling  or  We've Had a Hundred Years of Psychotherapy and the World's Getting Worse  first to acquaint themselves with his style. That said "Senex & Puer" is not too hard to follow and is essential reading in the opus of this great thinker.
Read more
4 people found this helpful
Report abuse

Dave Benn
5.0 out of 5 stars The old guy viewing what it is to grow from from a young individual to the closing stages of life.
Reviewed in the United Kingdom on 11 June 2014
Verified Purchase
James Hillman is one of the formost Jungiansand here he is covering the final sfages of life.
It is not an easy read but with true grit a great deal of Hillman's lifetimes experience rubs off with full ful maturity.
It is worth a hundred self help books but as I say it ain't an easy book to read and he also covers gender psycholgical growth of Anima and Animus into the fully grown old person that has hopefully developed into a mature wise elder of the comunity.
Read more
2 people found this helpful
Report abuse

John
5.0 out of 5 stars A fantastic read
Reviewed in the United Kingdom on 11 January 2020
Verified Purchase
Tired of the same old dried up Jungian yawn? Hillman likes to leave doors open, invites you into the conversation, doesn’t place too many value judgements on the archetypes and brings soul and the imaginal back to life. A fantastic read.
Read more
Report abuse