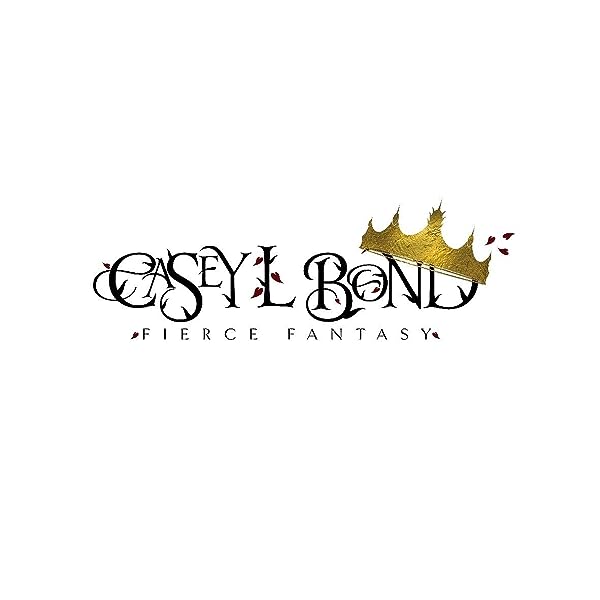 With Shield and Ink and Bone Hardcover – 13 November 2020

Page 1 of 1 Start overPage 1 of 1
Previous page
Next page
Start reading With Shield and Ink and Bone on your Kindle in under a minute.

Praise for With Shield and Ink and Bone:

"An exhilarating Viking-inspired fantasy, With Shield and Ink and Bone by Casey L. Bond keeps your nerves teetering on the blade of an ax!" - Lani Forbes, award-winning author of the Age of the Seventh Sun series

"With Shield and Ink and Bone is a fast-paced, vivid, and mesmerizing tale that will keep you hooked from beginning to end. If you love Vikings or strong heroines you'll find lots to enjoy here! Casey L. Bond has woven together unexpected twists, high stakes, romance, and bargains with gods to create this original story for readers." -Victoria McCombs, author of The Storyteller's Daughter

"Casey L. Bond has managed to take a classic genre and make it new and fresh. A page turner that kept me staying up late just to know what was going to happen next. Excellent writing, excellent story. Well done!" - Quinn Loftis, USA Today bestselling author of the Grey Wolves series and The Viking's Chosen

4.6 out of 5 stars
4.6 out of 5
39 global ratings
How are ratings calculated?
To calculate the overall star rating and percentage breakdown by star, we don’t use a simple average. Instead, our system considers things like how recent a review is and if the reviewer bought the item on Amazon. It also analyses reviews to verify trustworthiness.

Jo D
5.0 out of 5 stars Amazing read
Reviewed in Australia on 15 November 2020
Verified Purchase
Wow this is such a great story - Liv is an amazing heroine who goes through so much heart ache and agony . Great writing and story line .. Evil Vikings , brave clans and a great love that forms from it all. This is a good read with great back up characters . Loved it .
Read more
Helpful
Report abuse

Emily
5.0 out of 5 stars An amazing Viking story!
Reviewed in Australia on 14 November 2020
With Shield and Ink and Bone takes you back to a time where Vikings roamed and fought and the Norse gods claimed warriors as their own while the Fates played a heavy role in their lives. From the beginning of the book we meet the main protagonist Liv, who has a strong relationship with her brother Hodor and the rest of her family

Liv is preparing for a fight to earn her shield from her mother and where her world tilts after meeting a witch with a warning. Her fate changes after her family and village die and she refuses too. I love that Norse mythology is woven throughout and Liv's deal with Skuld highlights this:

"Weave a new destiny for me. Weave a future where I can taste his tears and watch the light bleed from his eyes"

Bond builds a web of characters that build Liv up to the person she is with the strength to continue to fight Fenris Wolf. After the loss of her family, the little family she builds with Calder, Fell, Sig, Armund, Tyr and Hilla show that even though she has a destiny, she makes connections with others, her humanity shines through. Liv is a strong shield maiden, whose strength stems from the need to protect the ones she loves which is her new built family.

"These people were family. They took care of one another. They fought for one another. Back to back. Swords toward their enemies. Ready to fight, bleed, and die to protect others."

Bond slowly builds up Liv's relationship with Calder was amazingly done and I loved all their small interactions and them swimming. Throughout the whole book, Liv's vengeance is her main drive, however, through Calder, she gains a new reason to live and want something more for her life than death.

"With shield and ink and bone, I will have my vengeance"

Bond ticks all the boxes for a truely amazing Viking romance novel, one that I will be reading again and again. I recommend this book to readers who loved Sky in the Deep and Girl the Sea Gave Back.

"Fight as one, live as one"

Amanda Evans
5.0 out of 5 stars Superb Can't Wait to Read more from this author
Reviewed in the United Kingdom on 18 December 2020
Verified Purchase
I've read a number of books from this author and she never disappoints. The story flows perfectly and the plot grips you from the first page and keeps you gripped right up until the end. I experienced so many different emotions reading Liv's story and my heart broke more than once as the pages turned. The author has fantastic world building skills and I felt like I was really there in every scene. I loved all the characters and felt they were fully developed. Everything about this book was fabulous and I can't wait to see what the author releases next. A definite 5 stars from me.
Read more
Report abuse

Tina H
5.0 out of 5 stars Loved it Vikings.
Reviewed in Canada on 14 November 2020
Verified Purchase
Omg this story just draws you in and keeps you wrapped in the plot and characters right to the end. I LOVED reading this. Liv is amazing and Calder oh yes indeed. I cant wait to read again. Casey L. Bond knows how to write and story and draw you in.
Read more
Report abuse

Kendra Gaither
5.0 out of 5 stars Vikings!
Reviewed in the United States on 14 November 2020
Verified Purchase
This review may contain spoilers.
With a combination of fiction and old Norse mythology and modern pagan beliefs, Casey L Bond has woven a beautifully tragic but powerful story of rising above grief and vengeance with hope and love.
As Vikings coming of age, Liv and her brother Hodor are preparing for their trials, a battle with their parents to earn their shields, and then they'll meet with the clan leader and sail in the spring on the clan's next raids. But first, they have to survive the winter, and Hodor has had a vision in the form of a dream that foretells of a very different outcome.
Now working alongside the Norns, Liv, known as Vengeance to Skuld, the Norn who saved her when none of the gods would hear her plea, sets out to work with the boy she is quickly finding she has feelings for, Calder, and his family and friends, another clan of Vikings to warn others and bring justice against Fenris Wolf, a monster set on claiming a title and making sure there is nobody left to challenge him. But as Liv gains favor among the gods and learns her way, she also learns that there is one thing stronger than anger, one emotion that could unravel the curse she has found herself trapped in to avenge her family and put an end to Fenris Wolf's terroristic reign, and that is hope.
But will hope be enough to save her from her agreement with Skuld once the final battle has been fought, and will she be strong enough to survive it?
Read more
One person found this helpful
Report abuse

Jenny Bynum
5.0 out of 5 stars Such a Fabulous Read
Reviewed in the United States on 15 November 2020
Verified Purchase
What another amazing story from this author.

The characters were awesome! I enjoyed reading and getting to know Liv. Boy did that girl go through a lot but she stayed tough through the end. There were times that I was so scared for her but I had to believe that she would prevail and she did.

The story-line was incredible. It's a fast paced story and very well written. After I read this story, I am completely convinced that this author can write anything in any genre. Bond kept my attention hooked from beginning to end with the phenomenal plot twists and shocking scenes. It was an intriguing and entertaining read and I highly recommend it.
Read more
One person found this helpful
Report abuse

MegEclectic
5.0 out of 5 stars Epic Viking Fantasy
Reviewed in the United States on 14 November 2020
Verified Purchase
Where do I even begin? It had all the bite of a viper, the heart of a lion, and the cunning of a fox. It was all the things you'd want a fantastical viking story to be and so, so very much more. The despair, the violence, the rage that this book encompasses is all healed in the kinships forged, the loves found, and the beauty of little things both in and out of battles. I can't even truly express my all out awe of this book in words. It was brutal yet beautiful.
Read more
One person found this helpful
Report abuse
See all reviews
Back to top
Get to Know Us
Make Money with Us
Let Us Help You
And don't forget:
© 1996-2021, Amazon.com, Inc. or its affiliates