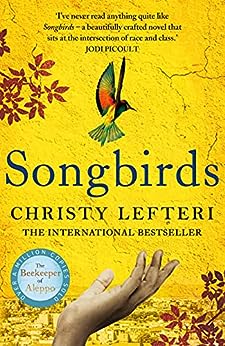 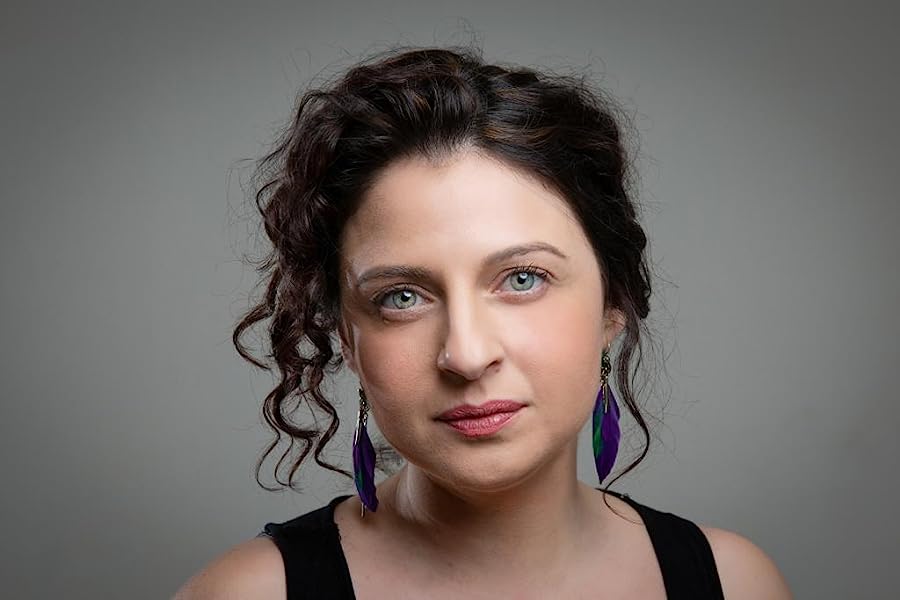 Songbirds: The heartbreaking follow-up to the million copy bestseller, The Beekeeper of Aleppo Kindle Edition

Brought up in London, Christy Lefteri is the child of Cypriot refugees. She is a lecturer in creative writing at Brunel University. Her previous novel, The Beekeeper of Aleppo, is an international bestseller, selling over half a million copies worldwide. --This text refers to the paperback edition.

4.0 out of 5 stars
4 out of 5
46 global ratings
How are ratings calculated?
To calculate the overall star rating and percentage breakdown by star, we don’t use a simple average. Instead, our system considers things like how recent a review is and if the reviewer bought the item on Amazon. It also analyses reviews to verify trustworthiness.

Sophie ❤️
TOP 500 REVIEWER
4.0 out of 5 stars A compelling story.
Reviewed in Australia on 13 September 2021
Verified Purchase
This was a book club read and certainly was riveting reading. It was well written and interesting. Unfortunately the story is probably very close to reality for a lot of low income overseas workers, especially women. There were many red herrings and thank goodness the ending proved to be a surprise.
Read more
Helpful
Report abuse

Kindle Customer
5.0 out of 5 stars Very sad but beautiful
Reviewed in Australia on 16 September 2021
Verified Purchase
This is the 2nd book I read from Christy Letter. A very sad and beautiful story stays with you for a while and made me think and be grateful for the life I have.
Read more
Helpful
Report abuse

Jennifer
TOP 10 REVIEWER
5.0 out of 5 stars ‘Once you start asking questions, I’m sure more questions will emerge.’
Reviewed in Australia on 29 August 2021
Nisha is a migrant worker, a widow who has left her home and family in Sri Lanka to work as a nanny and housekeeper in Nicosia, the capital of Cyprus. Nisha is employed by Petra and looks after her nine-year-old daughter Aliki. Petra was widowed just before Aliki was born, and Nisha has always been Aliki’s mother figure. Petra has a business as an optician and has very little to do with Aliki. Until Nisha goes missing.

Yiannis is the tenant of an apartment in Petra’s house. He and Nisha have been having a secret affair, and he asks her to marry him. The affair is secret because knowledge of it could result in Nisha losing her job or even being deported. And how then could she support her mother and daughter in Sri Lanka? Yiannis shares a secret with Nisha, and soon after she disappears.

What has happened to Nisha? Has she ‘just run away’ as the police seem to think?

Both Yiannis and Petra are concerned. The police are disinterested. Meanwhile, Petra realises just how much she and Aliki have come to depend on Nisha, and just how much they have taken her for granted. Yiannis feels guilty and, urged by Nisha’s young daughter Angela, looks for her.

Yiannis is a poacher. He is involved in trapping and selling the tiny (and protected) songbirds that stop in Cyprus each year as they migrate between Africa and Europe.

‘They are worth more than their weight in gold.’

The birds are captured and killed and sold as delicacies. A lucrative, secretive, and illegal trade.
Petra’s search for Nisha leads her into a world in which migrant workers are exploited, and an increasing awareness that Nisha’s life was more complex than she had appreciated.

I read this novel caught between disgust for the treatment of migrant workers and Yiannis’s poaching activities, and the reality of lives where choices are often constrained by economic circumstances. Nisha, absent for most of the story, is very much the human face of many migrant workers: largely invisible, exploited and taken for granted. Much like the songbirds.

A beautifully written novel which held my attention from beginning to end. And now I must read ‘The Beekeeper of Aleppo’.

git
4.0 out of 5 stars This book sings....
Reviewed in Australia on 9 July 2021
This story is based on the tales of thousands who have migrated from their homelands to try and secure a better future for loved ones left behind. This is a bittersweet story where because of one person’s suffering, others find their way back to each other and have their eyes opened to see what is right in front of them.
Nisha is desperately trying to put food on the table for her mother and baby girl and no matter how hard she works, it is never enough. She makes the heart breaking decision to leave her Sri Lankan home and young daughter in order to give her a better future and to be able to send money home for her future and education. Imagine a life where that is your only option, but human migration for this reason is very real. Despite all the odds, Nisha is one of the lucky ones and has a good employer and looks after her employer’s daughter, just as she would her own. But, one night Nisha goes missing, a fact not taken seriously by the police and this story highlights just how forgotten these migrants are and how their voice and rights are ignored.
This is Nisha’s story, but it is also the story of many others and it is a story that deserved to be shouted from the rooftops.
#netgalley
Read more
Helpful
Report abuse
See all reviews

signet
5.0 out of 5 stars A brilliant, but saddening read.
Reviewed in the United Kingdom on 17 September 2021
Verified Purchase
Having read the Beekeeper of Aleppo, I just had to read this book by the same author after the effect that book had on me.
Songbirds is a book that is both uplifting and melancholic at the same time, sometimes in the same chapter. It a story set in Cyprus and deals with female domestic workers who are mostly overlooked within life and consequently abused. This was a subject which with I was totally unaware as well as the love and loss that emanates from this.
Beautifully written in a simple effective style that truly conveys Cypriot life, its countryside and it's people; I could almost smell the jasmine through the pages. If you are not saddened by the inevitable conclusions, then there is something seriously wrong within your heart. As a result of buying Songbirds, I bought the Beekeeper...although I had previously read it free with Prime Reading as I will want to re-read it.
I think Christine Lefteri is probably the best writer that I have had the pleasure to read in years and I will certainly watch out for more by her. A stunningly thoughtful book.
Read more
Report abuse

Em
4.0 out of 5 stars What a book!
Reviewed in the United Kingdom on 9 September 2021
Verified Purchase
I had enjoyed The Beekeeper of Aleppo so much and I was keen to read more by this author. I’m so glad I listened to the audiobook as the narrators for Yiannis and Petra were so authentic as they managed to bring the characters to life. The story explores the subject of immigration, the plight of migrants, particularly women, and acts as reminder to open our eyes to what is happening around the world and the conditions others live in. No one seemed to care that Nisha, a domestic worker was missing; only Petra and Yiannis. I was with these characters searching for Nisha. I was totally wrapped up in the story and desperate to find out what happened. This book really did break my heart and was so powerful and thought provoking. 😩

Beautiful writing, complex characters and a compelling mystery. If you liked The Beekeeper of Aleppo, then I would recommend Songbirds. Just make sure you have tissues…PLENTY 😭 And yes I know I cry a lot reading books okay?! 😂
Read more
Report abuse

Amanda-Trimmer Brightman
4.0 out of 5 stars Oh My Goodness What A Read!
Reviewed in the United Kingdom on 9 September 2021
Verified Purchase
This is a story of Nisha, a strong woman who suddenly disappears from her life as a maid in Cyprus. It becomes apparent that many people who thought they knew her, sadly did not.

Christy has loosely based this novel on factual events and exposes the sad truths about domestic workers and the lives they have and what they leave behind.
This is a heartbreakingly sad story which is told honestly, thus shining the light on extortion and human sacrifice.
As with all Christy Lefteris books I am left sad and reflective about Human Nature.
Read more
Report abuse

Lynda Goetz
5.0 out of 5 stars A moving and beautifully written novel
Reviewed in the United Kingdom on 9 September 2021
Verified Purchase
This story is a modern tragedy. Like any tragedy the ending is inevitable, yet the tension palpable. The writing is evocative and at times completely poetical. The characters are not all immediately likeable,but are carefully drawn and developed. The story, based on fact, is shocking and sad. It highlights the best and the worst of humanity.
Read more
Report abuse
See all reviews
Back to top
Get to Know Us
Make Money with Us
Let Us Help You
And don't forget:
© 1996-2021, Amazon.com, Inc. or its affiliates