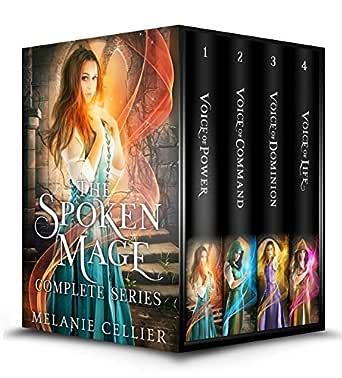 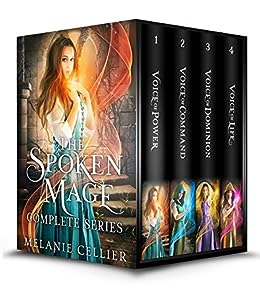 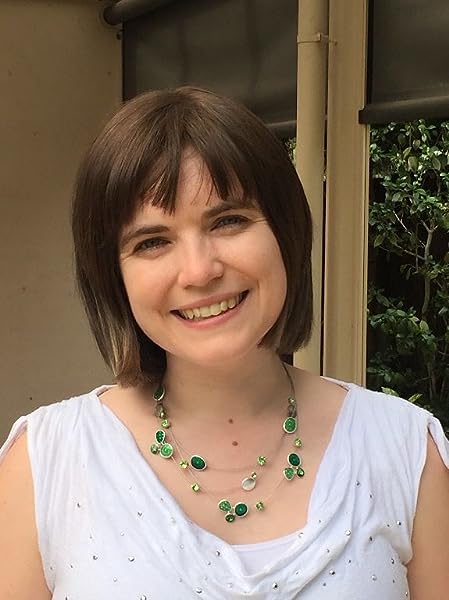 4.9 out of 5 stars
4.9 out of 5
45 global ratings
How are ratings calculated?
To calculate the overall star rating and percentage breakdown by star, we don’t use a simple average. Instead, our system considers things like how recent a review is and if the reviewer bought the item on Amazon. It also analyses reviews to verify trustworthiness.

Jenny Schwartz
TOP 500 REVIEWER
5.0 out of 5 stars Enjoyable Fantasy Series
Reviewed in Australia on 3 May 2020
Intriguing premise for the magic system. Likeable characters. I enjoyed the gentle adventures of Elena as she navigates magic and politics.
Read more
Helpful
Comment Report abuse

Amazon Customer
5.0 out of 5 stars New fav author list
Reviewed in Australia on 24 July 2020
Adding this one to my new favourite fantasy series list - right up alongside Poison Study Series, Throne if Glass, Fallen Kingdoms and others. Loved it from start to finish!
Read more
Helpful
Comment Report abuse
See all reviews

Luckylilac
5.0 out of 5 stars Easy enjoyable
Reviewed in the United Kingdom on 30 April 2020
Verified Purchase
This book is a bit predictable, but I still really enjoyed it, imaginative, unique and one of those reads where you have to keep reading!
They are easy to read, not too much going on that you get lost or confused, but has enough to keep the reader intrigued and wanting to know how it ends.

Linda
5.0 out of 5 stars Can't put down read
Reviewed in the United Kingdom on 4 July 2020
Verified Purchase
I just loved this series, it had everything I enjoy reading about. Suspense, romance , supernatural. It's not often I pay for a full series but after reading the first book I was so glad I had purchased the series. I couldn't wait to read each new book . Loved it.
Read more
Report abuse

A M
5.0 out of 5 stars A very good read!
Reviewed in Canada on 17 April 2020
Verified Purchase
I recommend buying the whole series at once so you can continue to the next book without any delays! :-)
Read more
Report abuse

Lisa Dawn
4.0 out of 5 stars Somewhere between a fairy tale and a war epic
Reviewed in the United States on 25 April 2020
Verified Purchase
The Spoken Mage begins with Voice of Power and is about a girl named Elena who lives in a world where only the nobility are able to read and write because this ability creates the power to cast magic spells. That means that commonborn people like Elena are banned from learning about the written word due to the dire consequences of uncontrolled bursts of magic from those who are not bred to use it properly. All of that changes when Elena accidentally casts a controlled spell using only the sound of her voice and is forced to study magic at the Royal Academy so she can learn how to control her powers. She is also sent there so the higher mages can keep an eye on her and have a better understanding of her unique ability. The series follows a traditional "chosen one" arc with Elena living an simple and ordinary life until she is sought out by many important people due to being the only person who can cast spells by speaking instead of writing. She struggles to come to terms with the fact that she isn't the normal peasant she thought she was and has trouble fitting in at the academy due to her lack of noble blood.

Similar to the Harry Potter books, Elena is treated as an outsider to the world of magic at first but quickly outshines all of her classmates by epic proportions. I found that The Spoke Mage series drew inspiration from many sources, which makes it difficult to identify a specific audience. The second book, Voice of Command, ends with Elena signing up for the military to save her little sister just like in the Hunger Games series and, to a lesser extent, the story of Mulan. At the same time, the books contain some fairy tale elements such as a romance with a handsome prince and the setting of a magical kingdom. Voice of Command is mostly about Elena helping the healer mages with a fast-spreading epidemic, which hits a little too close to home right now. The rest of the series focuses heavily on Elena using her powers to help fight in the war efforts, which encompass the majority of the third book, Voice of Dominion. Elena is so overpowered that she has little need for romance, causing her relationship with Prince Lucas to feel uneven and flat. It was difficult to root for them as a couple because I never understood what they saw in each other or had to offer. It feels like they only want to be together because she is the heroine of the story and he is the prince.

The relationship between Elena and her family, on the other hand, is much stronger than her romantic dalliance with Lucas. I loved her devotion to her sickly younger sister, Clemmy, and her older brother, Jasper, who studied at the University near the Royal Academy due to his superior intellect. It warmed my heart to see how much their parents cared about all three of them, and how protective they were over each other. Some of the biggest highlights in the books were Elena's visits to the University to check up on Jasper and the sacrifices that she made for Clemmy's safety. They feel like a real family that anyone would love to be part of. That's why the decision that Elena makes at the end of Voice of Dominion is so problematic and undermines a major theme presented throughout the series about respecting lower classes. The decision s completely out of character for her and emphasizes how the changes she went through after studying magic and living with nobility were not entirely for the better. Yet, this decision has no negative ramifications in the end and winds up being a deus ex machina for her poorly developed relationship with Lucas. For that reason, I found the final book, Voice of Life, somewhat less enjoyable than the other three.

Overall, I enjoyed The Spoken Mage series as much as I could, but it didn't have the same level of charm or romance as Melanie Cellier's fairy tale books. So much of it was about people trying to hunt down Elena for her unique skill, and in the end, it felt as though she lost track of what she was fighting for. She had the perfect family and could have used that to prove that being commonborn does not make one a lesser person instead of assimilating into the world of the royals and nobles. I think the story would have been better if Prince Lucas had not been in it at all. Their romance felt out of place and even inappropriate at times. There were a lot of characters to keep track of even without the royal family, which occasionally made the story difficult to follow. I appreciate that Melanie Cellier tried to go in a different direction with this series, but there were still some fairy tale elements forced into the plot that didn't belong despite that. If it had been written for a different type of audience entirely, it would have the potential to be a terrific fantasy war epic.
Read more
4 people found this helpful
Report abuse

teresa
5.0 out of 5 stars 10 star review
Reviewed in the United States on 15 March 2020
Verified Purchase
I rarely leave a review on a book I have purchased as I have a lot of authors I do arcs for. BUT, this one deserves a 10 star review. I could not put down and kept thinking about it after I finished. That is a sign of a remarkable story teller. Sweet, clean, a definite must have. A great value. It is better than Harry Potter. This should be the next movie series.
Read more
2 people found this helpful
Report abuse
See all reviews
Get FREE delivery with Amazon Prime
Prime members enjoy FREE Delivery and exclusive access to movies, TV shows, music, Kindle e-books, Twitch Prime, and more.
> Get Started
Back to top
Get to Know Us
Make Money with Us
Let Us Help You
And don't forget:
© 1996-2020, Amazon.com, Inc. or its affiliates