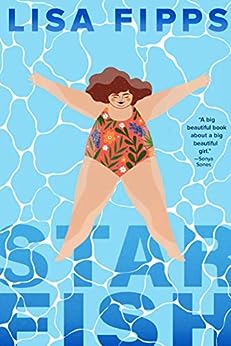 * "Fipps bursts onto the middle-grade scene with her debut, a verse novel that shines because of Ellie's keen and emotionally striking observations. As she draws readers in with her smart and succinct voice, Ellie navigates the difficult map of knowing she deserves better treatment while struggling with the conflict that's necessary to achieve it. Fipps hands her young narrator several difficult life lessons, including how to self-advocate, how not to internalization of the words of others, and what it means to defend yourself. Ellie's story will delight readers who long to see an impassioned young woman seize an unapologetic victory."--Booklist, starred review * "Fipps' verse is skillful and rooted in emotional reality. The text places readers in Ellie's shoes, showing how she is attacked in many spaces--including by strangers on public transit--while clearly asserting that it's other people who need to change. . . . Make room in your heart for this cathartic novel"--Kirkus Reviews, starred review * "Affirming representation of fatness. . . . Fipps's use of verse is as effective as it is fitting; Ellie dreams of becoming a storyteller and poet 'to help people feel what it's like/ to live in/ someone else's skin.' A triumphant and poignantly drawn journey toward self-acceptance and self-advocacy."--Publishers Weekly, starred review * "A charming novel in verse about a girl struggling with self-worth. . . . Once readers start, it will be difficult for them to put this book down. Ellie's story is heartbreaking and raw at times, and Fipps paints a realistic picture of bullying in a world that equates thinness with beauty. . . . True joy comes in watching Ellie gain confidence in herself and standing up to the bullies, even when they're family. . . . A must-have for libraries serving teens and tweens."--School Library Journal, starred review

"In this free-verse novel, Fipps is laceratingly authentic about the kind of 'teasing' and 'help' that Ellie is constantly subject to, and the family dynamic, wherein her father dislikes her mother's treatment but rarely intervenes, is sadly believable. . . The intense focus mirrors a lot of experience, and readers will be glad to see Ellie eventually 'starfishing--starting to claim my right to take up space.'"--The Bulletin of the Center for Children's Books "This beautiful, heartbreaking, and powerful novel-in-verse would pair well with media literacy lessons on body imagery, bullying, and victim shaming. The story is very engaging and readers will not want to put it down. School guidance counselors, school psychologists, and social workers will appreciate the realistic portrayal of Ellie's therapist and the benefits of therapy for children and adults."--School Library Connection "Ellie's simple and powerful free-verse poems intensify her emotional turmoil and smoothly destroy stereotypes ('They think I'm unhappy / because I'm fat. / The truth is, / I'm unhappy because / they bully me / about being fat'). Her strength in accepting herself and learning to defy her Fat Girl Rules is an inspiring reminder to all readers that they deserve to 'take up space.'"--Horn Book "Readers will rejoice as Ellie gains the strength to confront bullies with intelligence and honesty, and refuses to allow other people's cruelty to shape her life."--Padma Venkatraman, award-winning author of The Bridge Home "This is a big beautiful book about a big beautiful girl. Meet Ellie, who looks in the mirror and sees someone lovable. Now, if only the rest of the world (and especially her own mother and brother) could see what Ellie sees. This is a story about the colossal cruelty that's hurled at her because of her weight, and how, with colossal strength, Ellie manages to triumph. An honest, heartbreaking, hilarious novel-in-verse from a debut author with a delicious voice."--Sonya Sones, author of What My Mother Doesn't Know "Lisa Fipps's spot-on verse gives Ellie a wrenchingly real voice that sings with humor, pain, and hope. Prepare yourself: Once you read this book, your heart will never be the same." --K. A. Holt, author of House Arrest --This text refers to the hardcover edition.

Lisa Fipps is a library marketing manager. Starfish is her debut novel. She lives in Kokomo, Indiana. --This text refers to the hardcover edition.

4.8 out of 5 stars
4.8 out of 5
144 global ratings
How are ratings calculated?
To calculate the overall star rating and percentage breakdown by star, we don’t use a simple average. Instead, our system considers things like how recent a review is and if the reviewer bought the item on Amazon. It also analyses reviews to verify trustworthiness.

Sarah S.
5.0 out of 5 stars World changing
Reviewed in the United States on 11 March 2021
Verified Purchase
This book speaks directly to the child I was. I've never felt my childhood school experiences more clearly seen than in this book. It is a compelling, brutal read with a hopeful finish. I want to put it in the hands of every kid like I was, every kid who stands by and allows bullying to continue, every bully, and every parent of a kid like Ellie.
I have added it to my classroom library and am donating a copy to the school library. I'm hopeful that it can be world changing to my students.
It is definitely a fifth grade and above read, and is intense in some spots where it describes humiliating interactions with her classmates, the public, and her family. There are helpful adults sprinkled throughout to help Ellie on her journey.

5.0 out of 5 stars World changing
Reviewed in the United States on 11 March 2021
This book speaks directly to the child I was. I've never felt my childhood school experiences more clearly seen than in this book. It is a compelling, brutal read with a hopeful finish. I want to put it in the hands of every kid like I was, every kid who stands by and allows bullying to continue, every bully, and every parent of a kid like Ellie.
I have added it to my classroom library and am donating a copy to the school library. I'm hopeful that it can be world changing to my students.
It is definitely a fifth grade and above read, and is intense in some spots where it describes humiliating interactions with her classmates, the public, and her family. There are helpful adults sprinkled throughout to help Ellie on her journey.

Recommended by a fellow teacher, Starfish makes for a powerful read aloud=lots to discuss, debate and ponder. Besides the obvious fat phobia, mental health, and self esteem issues, this MG novel sensitively discusses other big ticket timely problems tweens will recognize within the pages.

One of my boy readers enthusiastically said that this was his favorite read aloud all year.

Amazon Customer
5.0 out of 5 stars Engaging must read!
Reviewed in the United States on 19 March 2021
Verified Purchase
Sometimes books that feel important aren’t engaging. As in, you know you need to eat your vegetables but you aren’t going to enjoy them. This important book had me hooked early on and never let go! There are strong characters that made my emotions run the gamut. Knowing that much of this fictional book was based on real events made it even more powerful. This book belongs on all elementary and middle school library shelves (but I don’t think it will stay on the shelf for long).
Read more
5 people found this helpful
Report abuse

Julie Kennard
5.0 out of 5 stars Powerful
Reviewed in the United States on 17 April 2021
Verified Purchase
Written in verse (which I love!), this is the story of girl so bullied because of her weight, that it broke me just reading about it. The bullying comes from all directions it seems: family, school, doctors. Ellie’s learned the Fat Girl Rules for survival. The lifelines in her life are her pug, her dad, and her best friend. Thing are coming to a breaking point. There is only so much hate and vitriol a person can take. Fortunately for Ellie, help comes in a couple unexpected ways.

I really loved this book. Yes it did break me. I recognized too much of the bullying from my own life. I think we all have battled those demons. Why are we so mean to each other? Why do we judge so harshly? Because of that, this is such an important book. Anyone experiencing bullying can relate to Ellie and her friends. And everyone can learn and grow, as Ellie did, to speak for themselves. To believe in themselves. To be a force for good. Highly recommend. I’d also recommend reading this with your kids. This book can be a powerful conversation opener. There are hard and big feelings explored and they can be triggering.
Read more
2 people found this helpful
Report abuse

Carol Stanley
5.0 out of 5 stars Powerful book
Reviewed in the United States on 23 March 2021
Verified Purchase
I think this is a book every person, especially someone in middle school, needs to read. In this day when words are flung around like they mean nothing, we need to remember how much words can hurt. This book reminds us just how powerful words are. But it also gives us hope that we can overcome the hurtful words said to us.
Read more
5 people found this helpful
Report abuse
See all reviews
Back to top
Get to Know Us
Make Money with Us
Let Us Help You
And don't forget:
© 1996-2021, Amazon.com, Inc. or its affiliates