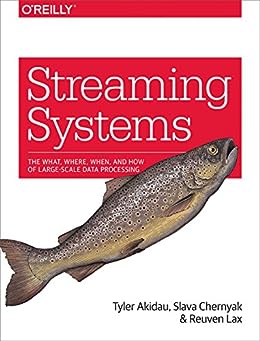 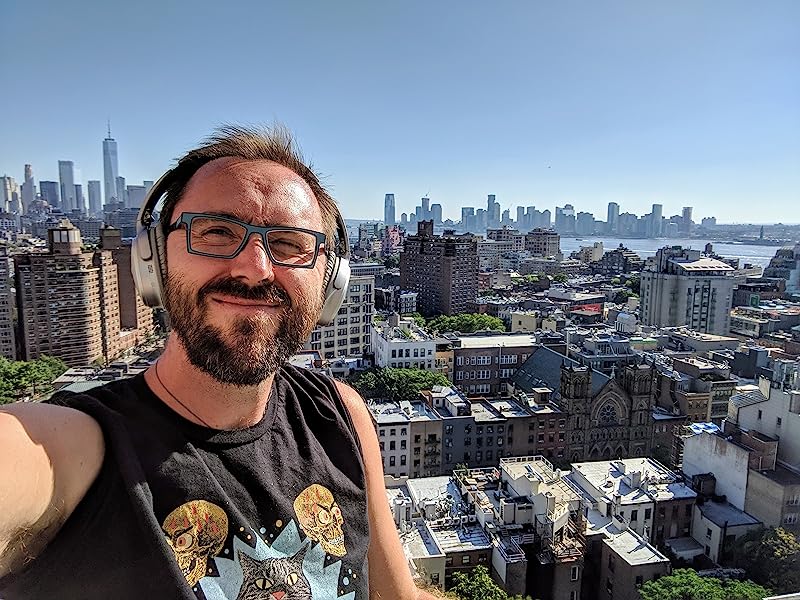 Streaming Systems: The What, Where, When, and How of Large-Scale Data Processing 1st Edition, Kindle Edition

Streaming data is a big deal in big data these days. As more and more businesses seek to tame the massive unbounded data sets that pervade our world, streaming systems have finally reached a level of maturity sufficient for mainstream adoption. With this practical guide, data engineers, data scientists, and developers will learn how to work with streaming data in a conceptual and platform-agnostic way.

Expanded from Tyler Akidau’s popular blog posts "Streaming 101" and "Streaming 102", this book takes you from an introductory level to a nuanced understanding of the what, where, when, and how of processing real-time data streams. You’ll also dive deep into watermarks and exactly-once processing with co-authors Slava Chernyak and Reuven Lax.

Tyler Akidau is a senior staff software engineer at Google, where he is the technical lead for the Data Processing Languages & Systems group, responsible for Google's Apache Beam efforts, Google Cloud Dataflow, and internal data processing tools like Google Flume, MapReduce, and MillWheel. His also a founding member of the Apache Beam PMC. Though deeply passionate and vocal about the capabilities and importance of stream processing, he is also a firm believer in batch and streaming as two sides of the same coin, with the real endgame for data processing systems the seamless merging between the two. He is the author of the 2015 Dataflow Model paper and the Streaming 101 and Streaming 102 articles on the O'Reilly website. His preferred mode of transportation is by cargo bike, with his two young daughters in tow.

Slava Chernyak is a senior software engineer at Google Seattle. Slava spent over five years working on Google's internal massive-scale streaming data processing systems and has since become involved with designing and building Windmill, Google Cloud Dataflow's next-generation streaming backend, from the ground up. Slava is passionate about making massive-scale stream processing available and useful to a broader audience. When he is not working on streaming systems, Slava is out enjoying the natural beauty of the Pacific Northwest.

Reuven Lax is a senior staff software engineer at Google Seattle, and has spent the past nine years helping to shape Google's data processing and analysis strategy. For much of that time he has focused on Google's low-latency, streaming data processing efforts, first as a long-time member and lead of the MillWheel team, and more recently founding and leading the team responsible for Windmill, the next-generation stream processing engine powering Google Cloud Dataflow. He's very excited to bring Google's data-processing experience to the world at large, and proud to have been a part of publishing both the MillWheel paper in 2013 and the Dataflow Model paper in 2015. When not at work, Reuven enjoys swing dancing, rock climbing, and exploring new parts of the world.

4.2 out of 5 stars
4.2 out of 5
82 global ratings
How are ratings calculated?
To calculate the overall star rating and percentage breakdown by star, we don’t use a simple average. Instead, our system considers things like how recent a review is and if the reviewer bought the item on Amazon. It also analyses reviews to verify trustworthiness.

The Seeker
5.0 out of 5 stars Buy this book
Reviewed in Canada on 24 July 2019
Verified Purchase
Having read Tyler's famous Streaming 101/102 blog posts and having watched his presentations on youtube, I did not think I would get much out of this book. I was wrong. Tyler is the Edgar F. Codd of streaming systems.
Read more
Report abuse

Shetti
1.0 out of 5 stars Wrong Book: DO NOT BUY, Return is impossible
Reviewed in India on 23 December 2019
Verified Purchase
DO NOT BUY. This is not a review of the book but the print that CB-India is selling. It is misprinted. Most of the book is typescript and not streaming systems. I have been trying to return the book but Amazon has been canceling the return. So very corrupt!
Read more
One person found this helpful
Report abuse

Himanshu Sachdeva
1.0 out of 5 stars Printing issue: Two half books merged into one
Reviewed in India on 16 November 2019
Verified Purchase
From Page 33 onwards, the pages are from a different book. They actually talk about javascript and typescript.
Even it's different from index. Need to return the book.

1.0 out of 5 stars Printing issue: Two half books merged into one
Reviewed in India on 16 November 2019
From Page 33 onwards, the pages are from a different book. They actually talk about javascript and typescript.
Even it's different from index. Need to return the book.

Prashant Nair
1.0 out of 5 stars Duplicate?
Reviewed in India on 7 July 2019
Verified Purchase
Images in the book are black and white while the text seems to refer them using colours Eg. Red line in figure 1-1. I feel the book I received is a copy!
Read more
2 people found this helpful
Report abuse
See all reviews
Back to top
Get to Know Us
Make Money with Us
Let Us Help You
And don't forget:
© 1996-2022, Amazon.com, Inc. or its affiliates