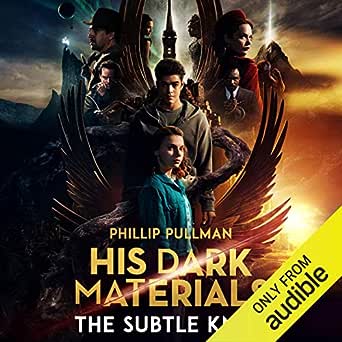 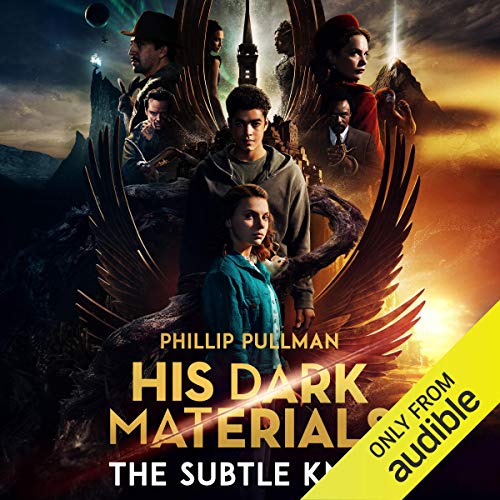 4.4 out of 5 stars
4.4 out of 5
11 global ratings
How are ratings calculated?
To calculate the overall star rating and percentage breakdown by star, we don’t use a simple average. Instead, our system considers things like how recent a review is and if the reviewer bought the item on Amazon. It also analyses reviews to verify trustworthiness.

Jewelz P.
4.0 out of 5 stars This Series Should Be Part Of Every School's Curriculum!
Reviewed in Australia on 25 September 2019
The Subtle Knife : (Book # 2 His Dark Materials) : Philip Pullman.

Although it's not the exact same adventure & excitement as in book 1 its still there, but theres alot our dynmic young duo must go through & endure in part 2 of the trio still with high tension & excitement.
Lyra & Will still have an epic journey with so much to go through & overcome with both learning & developing to extreme lengths in this novel.
Young Lyra & Will grow & mature greatly throughout this book under the companionship & guidance of Will learning the ways of the world & exactly how deceptive & nice other humans can be.
These 2 children have forged a bond as strong as that of a Svelbard Bear's Armour or that the Subtle Knife itself could not cut asunder.
Once again Lyra faces danger at ever turn as does Will, but this time they are fighting on their own with very little help, but will help arrive in time & in what form? And is it help they truly need?

We also learn more of the Witches ways & their law in this novel.

At the same time it's so very sad too,
my heart broke at the loss of 2 of my favourite characters in this book, but no spoilers here.

Fabulous Author, Extraordinary World Building & Incredible Character Development As Always By A Giant In The Industry A Highly Awarded Winning Author, Add To It His Incredible Ability As A Narrator A What Can I Say, This Man Has The Ability To Do It All.
He's A Literacy Genius & His Voice Is So Soothing & Fabulous. I Could Listen To Him Every Day & As I'm New Audiobook I Honestly Can't Say That About Many Audiobooks As I Refrained From Taking Out A Subscription For So Long As Most I'd Heard Samples of Sounded Terrible, But As A Migraine Suffer It Scared Me As I Can Go Weeks Without Being Able To Read & Needed Desperately To Find Great Audiobook & Here Is A Whole Series!

I borrowed the ebooks from my local public library as well as the audiobooks but do own the paperbacks and this is my fair, honest and impartial review of all three formats.

Lauren
5.0 out of 5 stars I can go on with my life now.
Reviewed in the United States on 18 May 2014
Verified Purchase
I'm so glad I was able to find this book with this cover design. I had the trilogy in a box set and I let someone borrow the second book after returning the first. Well, he never returned the second book and I haven't seen or heard from him in a couple of years now, so that gap in my bookshelf was really starting to get to me. The binding is slightly different from the other two books, but I can deal with that. I feel complete again!
Read more
Report abuse

Nachomother
2.0 out of 5 stars Poor quality.
Reviewed in the United States on 3 May 2020
Verified Purchase
The quality was listed as “good”. It’s well worn, but some pages have gashes in them. It’s probably also a good idea to remove the Good Will sticker that shows it cost less than I paid for it.
Read more
Report abuse

Cindy D
4.0 out of 5 stars Subtle Knife
Reviewed in the United States on 19 March 2013
Verified Purchase
Much like Scarlett was to Gone With The Wind. Subtle Knife tries to keep the motivation with its predecessor, but not quite. Interesting, but not riveting.
Read more
Report abuse
See all reviews
Get FREE delivery with Amazon Prime
Prime members enjoy FREE Delivery and exclusive access to movies, TV shows, music, Kindle e-books, Twitch Prime, and more.
> Get Started
Back to top
Get to Know Us
Make Money with Us
Let Us Help You
And don't forget:
© 1996-2020, Amazon.com, Inc. or its affiliates