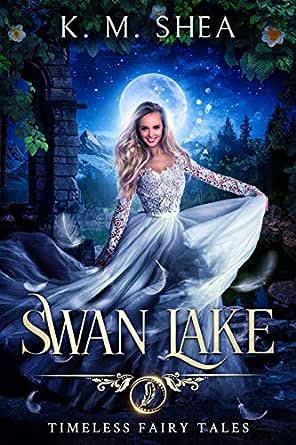 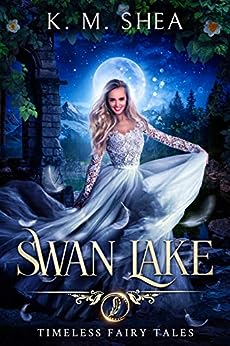 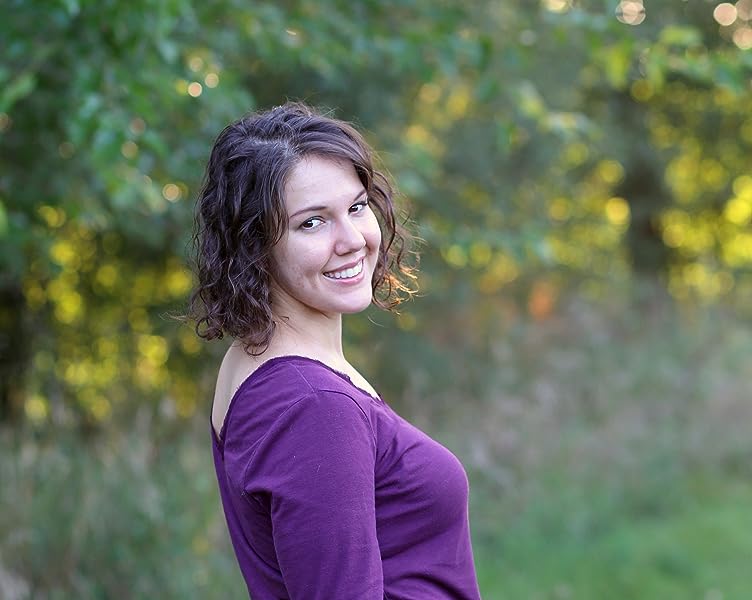 4.6 out of 5 stars
4.6 out of 5
114 global ratings
How are ratings calculated?
To calculate the overall star rating and percentage breakdown by star, we don’t use a simple average. Instead, our system considers things like how recent a review is and if the reviewer bought the item on Amazon. It also analyses reviews to verify trustworthiness.

Amazon Customer
5.0 out of 5 stars Brilliant
Reviewed in Australia on 5 July 2016
Verified Purchase
This book is a great continuation of the variation of a fairy tale. The characters come alive and yes it leaves you wanting more. The obvious reference to the troubles in the other lands as told in previous books is slowly coming to be the focus. Can't wait for the next book
Read more
Helpful
Comment Report abuse
See all reviews

e.s..
4.0 out of 5 stars 4 stars
Reviewed in the United Kingdom on 17 June 2016
Verified Purchase
Swan Lake was an interesting story to read. I was curious to see how it fits within the bigger plot and with the other books in this fairy-tale world. I know almost nothing about the original tale, so I can’t compare the stories. The names Odette, Alexei (seems confused him with Romanovs- Siegfried - original) and Rothbart were only vaguely familiar to me.
I found the premise of the story very interesting and how Odette and her band of smugglers became swans. There are about two dozen of them so we get to know only the closest to Odette a little better. Rothbart was a surprisingly entertaining villain, for the first half of the story at least. At the beginning he showed a promise to be able to surprise you and in the end he proved to be a more complex character that I hoped he was.
Regarding other characters I have to say, I really liked Empress Sonya and would’ve liked to see more of her. I was always looking forward to seeing what she’d do or say next. Though I can’t say this applies to Yakov.. What a tiresome guy. He is sort of one part Rune from the Wild Swans and one part Lancelot, only without agendas and minus the mean streak. I would’ve been quite satisfied just to read his mother’s opinions about him.
Odette – nice and interesting main character, but perhaps the topic of her selflessness is overemphasised in the book. It got a bit repetitive after a while, i.e. she states she’s this selfish, mercenary smuggler and then someone immediately jumps in to say otherwise, and this is repeated relentlessly till the end in one way or another. At least I‘ve got that impression. Alexei, sweet nice guy, but unfortunately romance between him and Odette was not very exciting. Though I was beyond excited to see some interactions with Verglas assassins, and something else is revealed at the end of the book that has my interest piqued for the books to come. I just have to say that I really hope there will be stories located in Farset or in connection to it. This is perhaps not one of my favourite books from this author, but it kept me interested

rhapsody
5.0 out of 5 stars smashing....another good story
Reviewed in the United Kingdom on 19 June 2016
Verified Purchase
Another well written story from km Shea... I love everything about these timeless fairytales , strong, well developed characters. What can I say they are awesome. Now one of my favourites is swan lake so I've been looking forward to seeing this one and it did not disappoint, I loved this take on the whole story (black swan smugglers) loved it!!! I was very pleased with the family element of the storyline and the friendships. Now I will be rereading this another 50 odd times thank you km Shea again for another smashing book.
Read more
One person found this helpful
Report abuse

StumpyB
4.0 out of 5 stars Good book
Reviewed in the United Kingdom on 6 November 2016
Verified Purchase
I really enjoyed this book. The characters were interesting, it was well-written and there was the touch of humour that make KM Shea's stories so enjoyable. If you have read her other books or you are just looking for a good read, I recommend it!
Read more
Report abuse

BishopWolf
5.0 out of 5 stars Another blazing knockout!
Reviewed in the United Kingdom on 21 June 2016
Verified Purchase
Love these fairy tales, no dainty uncertain damsels or brooding princes. Perfect combination of wit and clever dialogue. Loved it
Read more
Report abuse

April
5.0 out of 5 stars Swans apparently make excellent smugglers.
Reviewed in Canada on 27 December 2017
Verified Purchase
This book took me a bit longer to get into - I'm not sure why. True to form, K.M. Shea pairs a HBIC 'princess' with a less in-charge prince. Odette takes names and gives receipts as boss of a smuggling business made only of other victims of the sorcerer Rothbart - they are all cursed to be swans during the day. However, she's made the best of it, and manages to dance around Rothbart and protect her crew while keeping a business going. I like her, although she's got a bit off the usual too self-sacrificing saviour complex. Her prince is a bit, well, washed-out in comparison, but this author likes to focus on her heroines, and when they have so much going on in a book it's hard to really round out the boys. Alexei's brother and friend are also hilarious, and I can totally relate to Odile's love of collecting strays. Great book!
Read more
Report abuse
See all reviews
Get FREE delivery with Amazon Prime
Prime members enjoy FREE Delivery and exclusive access to movies, TV shows, music, Kindle e-books, Twitch Prime, and more.
> Get Started
Back to top
Get to Know Us
Make Money with Us
Let Us Help You
And don't forget:
© 1996-2020, Amazon.com, Inc. or its affiliates