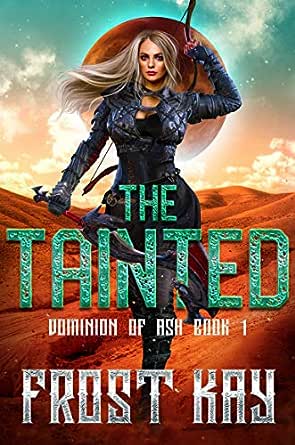 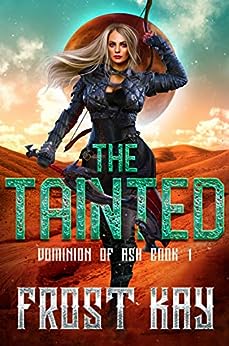 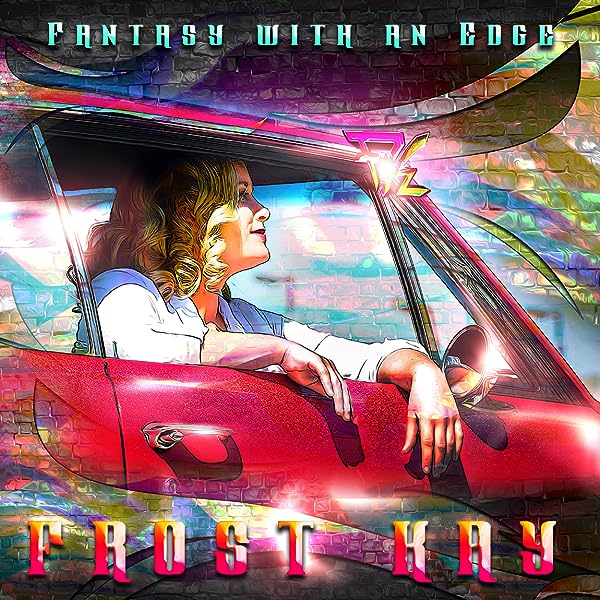 4.5 out of 5 stars
4.5 out of 5
62 global ratings
How are ratings calculated?
To calculate the overall star rating and percentage breakdown by star, we don’t use a simple average. Instead, our system considers things like how recent a review is and if the reviewer bought the item on Amazon. It also analyses reviews to verify trustworthiness.

Amazon Customer
5.0 out of 5 stars Great read that kept me turning the pages.
Reviewed in Australia on 6 February 2019
Verified Purchase
This book exceeded my expectations and had me finishing it in almost one sitting. I liked the action and the fact that it had you sitting on edge wondering what would happen next. There are a few spelling mistakes/ typos, however this can be pretty easily overlooked because the story is original and easy to get caught up in. It felt too short so I can’t wait to read the next one!
Read more
Helpful
Comment Report abuse

ExodusDiva
5.0 out of 5 stars The Tainted
Reviewed in Australia on 6 February 2019
An apocalypse, divided new world. I found the story of the new Earth interesting and it's new inhabitants living in survival mode. I loved every bit of the story. The h was gutsy, naive and raised in a sheltered life. It's only after one wrong decision that it brings her in contact with the others. The untouched (her people) and the tainted. Especially like the introduction of the H that she is surrounded with. It kept the storyline in suspense with every moment she was being held against her will. I absolutely can't wait to see what happens next and the developments between the characters. I look forward to reading the next book.
Read more
Helpful
Comment Report abuse

Kindle Customer
TOP 1000 REVIEWER
4.0 out of 5 stars Almost....
Reviewed in Australia on 3 June 2020
On the edge of my seat and really enjoyed the tension between characters. I think in this story that almost, along with hope, be cruel words indeed.
Read more
Helpful
Comment Report abuse

chelsea
5.0 out of 5 stars I LOVE FROST KAY!!
Reviewed in Australia on 12 January 2019
LOVE LOVE LOVE! What can I say I just love Frost kay the way she can get you to love the characters and the worlds she creates is awesome! Bring on the next book!
Read more
Helpful
Comment Report abuse

Kathleen Rooney
4.0 out of 5 stars LOVE IT, ITS FRESH
Reviewed in Australia on 30 December 2019
What a cool storyline, keeps you hooked! on to the second!! xx
Read more
One person found this helpful
Helpful
Comment Report abuse

Amandarin
4.0 out of 5 stars Difficult to review as I’m so conflicted
Reviewed in the United States on 9 October 2019
Verified Purchase
Ok, well in all honesty I couldn’t put this book down because the imagery was vivid and interesting, and I was just intrigued and wanted to know what was going to happen next, but I had a few issues with it: 1. it’s almost like 3 stories smushed together into one, with the same central character, because it just changes tack so dramatically a few times.
2. Character becomes a close minded bigot just to draw out the story and makes really idiotic decisions that would get her killed just so she has to be “saved” again and create sexual tension (don’t get me wrong I like the tension but not the idiocy)
3. Character is SO DUMB just to move the story along to next event- that’s weak writing (but somehow I was still into it)
4. The premise of the village is a bit weak, the characters there don’t really work
5. Predictable- I’m pretty sure I know exactly what will happen next as it’s been hinted at
6. Biggest annoyance- this book set up the story fairly slowly (but detailed) then ended on a cliffhanger in a blatant attempt to force you to buy the next book (and ok I decided to get it) BUT THEN you find out the next book isn’t out until December 30 arrrghhgggggg
3 months lol so by then I’ll have forgotten all about this one because I read a book every couple of days.
So will I buy the next book?
Prob not... but I would have lol
Anyway, it’s a fun read but leaves you frustrated.
Read more
13 people found this helpful
Report abuse

MK Ultra
4.0 out of 5 stars Enjoyable
Reviewed in the United States on 8 December 2019
Verified Purchase
Possible Spoilers ahead!

The Tainted was the first book I've read by this author and I found it to be rather enjoyable. It has lots of good world building and a strong, sensible main character. (Hazel)
The other characters were pretty decent, though they could all be little better fleshed out.

I read some reviews where people are saying they thought the MC was a tantrum thrower, but just because your abductors are nice to you and look friendly/sexy, doesn't mean that they're good people or that they have good intentions towards you. I feel like if the MC had become more trusting of her abductors, more willing/compliant, it would have seemed more like stockholm syndrome than character growth. Especially considering the fact that based on what's described, she has only been with them for a little over a week.
Also, she has been taught her entire life that anybody infected by the viruses are mindless monsters. If she had cast aside everything she had believed her whole life in just the span of a few days, it wouldn't have seemed genuine.

There are a couple of things I didn't like/understand. The 1st being, there was this one scene at the starting where this guy who is interested in the MC goes all Dr. Jekyll and Mr. Hyde and tries to rape her. It seemed really forced. Like the author wanted to establish a bad guy right off and leave no doubt to how bad he was. ( Don't want to name anyone and spoil it for those who haven't read it yet.) The 2nd thing, nothing about what's happening with the MC really gets explained. This is clearly the setup for a series, so I know that there are going to be other books and what's happening is going to be expounded upon in those, but I do find it really annoying when authors don't try to better explain the WHY of things by answering anything. I'm also confused about the age of the character. I'm guessing late teens or early twenties? It was never said. Also, the book just ended. I mean, you turn the page for the next chapter, but it's over.
Overall, I gave this book a four-star review because I liked the characters and the world-building.

I think this author has a lot of talent, she just needs to better flesh out her characters and do a little better explaining when it comes to the situation the MC finds herself in. Will read the next book.
Read more
6 people found this helpful
Report abuse

Arceli
5.0 out of 5 stars thrilling and suspenseful
Reviewed in the United States on 27 January 2019
Verified Purchase
First off, this book is a completely new take on the entire end of world, bad government type of book. I just like the entire journey of the characters and world building. All of it was completely original. There weren't any stereotypical bad weirdo villains, there wasn't a whiny heroine. There was none of that. Instead, I enjoyed reading the journey of a heroine who was extremely strong, took no crap, and was ready to save the world.

The heroine in this novel made the book by far extremely enjoyable. I loved how she overcame all the obstacles she was thrown at. She took down the bad guys one by one and it was extremely refreshing.

I also liked the entire world building aspect of this novel. There is such a unique take on why the world is the way they are. The entire science fiction element in this novel was done extremely well. I loved the different kinds of technology used and how the dark side of certain things we have today were shown in the book.

The ending just shook my entire world in a really good way. It was completely unexpected and the entire new questions that are lingering are just waiting to be answered in the second book.

In summary, this is a great start to an amazing dystopian series. I had a great time reading about a unique character and seeing the great friendships and journeys made along the way. I highly recommend this book.
Read more
9 people found this helpful
Report abuse

Andrew C Earl
5.0 out of 5 stars New World Order, how can you judge if Diversity is bad until you live among it?
Reviewed in the United States on 1 February 2019
Verified Purchase
Frost Kay once again creates a new world with strong characters and new blended species that leave you hungry for the next installment. The Tainted is a Dystopian tale set in the new future where war and genetic splicing have changes the landscape of Earth as we know it. Normal humans are no longer at the top of the food chain, threatened by both animals and genetically changed humanoids. Hazel is a young woman who is genetically pure and has grown up being told how awful the tainted creatures are outside her compound of pure blood humans but has never been out to meet any of the other Tainted humanoids. When she is forced into the crazy new world she has been sheltered by her whole life she uses her inner strength to not be pushed around and works hard to find the real truths of what is really going on beyond the walls. Frost has done a superb job of tantalizing us with this story, leaving many things to tease us into what might be really going on with the Tainted and beyond! I can not wait for book two and beyond!
Read more
7 people found this helpful
Report abuse

Kerri Huffstutler
1.0 out of 5 stars Had potential
Reviewed in the United States on 24 February 2019
Verified Purchase
Pros: The story had a unique storyline, Hazels strong personality

Cons : The characters were all over the place. One minute someone seemed decent the next they were doing something horrendous. There were TOO many unanswered questions. I just felt confused at the end.
Read more
7 people found this helpful
Report abuse
See all reviews
Get FREE delivery with Amazon Prime
Prime members enjoy FREE Delivery and exclusive access to movies, TV shows, music, Kindle e-books, Twitch Prime, and more.
> Get Started
Back to top
Get to Know Us
Make Money with Us
Let Us Help You
And don't forget:
© 1996-2020, Amazon.com, Inc. or its affiliates