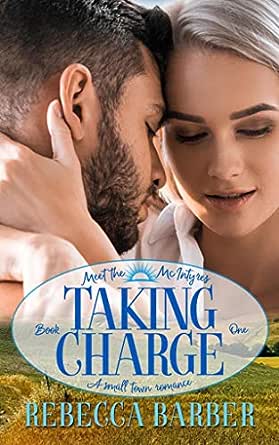 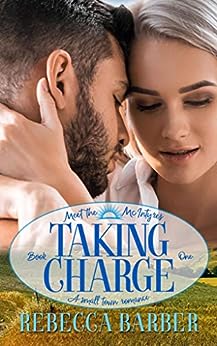 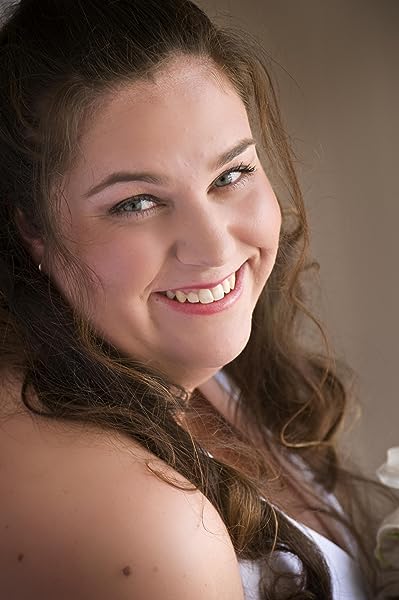 3.9 out of 5 stars
3.9 out of 5
95 global ratings
How are ratings calculated?
To calculate the overall star rating and percentage breakdown by star, we don’t use a simple average. Instead, our system considers things like how recent a review is and if the reviewer bought the item on Amazon. It also analyses reviews to verify trustworthiness.

Penny Ellen
TOP 100 REVIEWER
2.0 out of 5 stars Just Ok
Reviewed in Australia on 7 January 2019
Verified Purchase
I took me quite a while before I got into this book, and I think it was around 85% when I started enjoying it more.
I did enjoy the overall storyline, I loved the instant connection and chemistry the main characters had, I loved the Beau was a little j/p. I loved that Payton owned/ran her own bakery.
What I struggled with was that the main characters Beau and Payton seemed to always be complaining. Payton was always calling herslf fat and constantly putting herself down and not thinking she was good enough for anyone (I know that a lot of women are like this but I felt this overtook the story too much) and she was always bitching about her friends and complaining about them, I felt like she didn’t really like them. I also found that the was the whole story up until around the 95% mark when she started becoming for fun.
Beau seemed to always upset that he had to be home to help his brother/s run their farm when he would rather be having one night stands and doing anything else but in saying that I did think that as the story progressed he was more ok with the situation and we got to see more of who he is and not just the complaining, I think this stated to occur around the 60% mark.
I think I found this book just ok was that I struggled to connect with the characters and felt they didn’t have much personal growth.
It was an overall ok read, I am interested in seeing how the character develop in the next book and how the series continues.

BecP
TOP 1000 REVIEWER
5.0 out of 5 stars Gorgeous, sweet
Reviewed in Australia on 10 October 2020
Verified Purchase
Second time round and oooh my this is hot yummy and a hot new series i so want Beau and Payton so sweet, God its so good I'm lost for words you need to meet the McIntyres fall in love ❤❤❤❤❤
Read more
Helpful
Comment Report abuse

Them chemistry between Beau and Payton was electric and the supporting characters had their own importance.

Marns
5.0 out of 5 stars What’s a girl to do when an insanely hot guy wants more than a one night stand??
Reviewed in Australia on 8 October 2017
Beau McIntyre has been summoned home by his younger brother Connor. He’s been away too long, he knows it, but he couldn’t summon the energy to go back. So when he finally does, it settles heavily on his shoulders to see that his childhood home has fallen apart in his absence. Connor has been doing his best to hold it together by himself, until he just couldn’t keep doing it anymore.

Connor is a large part of the story, and I really liked him. I found Beau, as the hero, hard to like at first. He’s been doing his level best to enjoy life by his own rules without thought to his family, and has essentially lost touch with them. I just found him to be selfish.

Payton, in turn is a young woman who fled across country to settle in a small town, buying the local bakery and making it her own. She’s made two best friends in the heroines from Rebecca Barber’s awesome Finding Your Place series, Mia and Josie, and I have to say it was a bonus to see how things were going for them and their guys.

As I read through the book, Beau really began to appeal as a character. He acknowledged his shortcomings, and the effort that Connor had put into the family farm. And, he was totally into Payton, working so hard to get past the insecurities that she had built up like an impenetrable fortress around her heart.

Every emotion is felt from snorting laughter, tears, heartbreak, and frustratingly wanting answers, as the story unfolds. The tension rises and then is broken by laughter the next second. The writing is clever, and the one-liners are littered throughout. And then there’s the beautiful dress scene at the end, that showed the friendship and support that Payton has around her – it certainly made me cry!!!!

Taking Charge is a stand-a-lone series starter that brings in our familiar characters from The coming Home series, introduces the rest of the McIntyre family, along with a best friend from Payton’s past. There is also a fantastic hook that ensures that like me, you are going to be mega stalking Rebecca Barber for the next book in her series! 5 Stars.
Read more
2 people found this helpful
Helpful
Comment Report abuse

I was given this book for an honest and unbiased review.

Another fabulous ⭐️⭐️⭐️⭐️⭐️read from Rebecca Barber who has introduced us to a whole new collection of her wonderful characters in this new series - Meet the McIntyres.

This first in series, centres on Beau McIntyre, the eldest sibling in the McIntyre family. Beau has reluctantly returned to his family home, a farm in the country, unsure of why he really needs to come back, other than his younger brother calling him to return. He's lived his life in the city, partying, playing and working far from his country roots and barely giving any thought to where he came from.

Payton is the town baker, owning and operating Sweet Indulgence. She's a bit of a loner but her two best friends, Mia & Josie keep her from slipping into a chocolate coma or a dark depression. You might remember Mia and Josue from Rebecca's previous series Finding Your Place, which crosses over with this one.
You see, Payton has run from a life that was not her own and is determined to be in control of her own destiny. But in a small country town, there's not much time for romance and barely enough time to socialise but after having her heart ripped out by her ex-fiancé, she's not prepared to gamble with her emotions any more.

These two characters have an immediate and striking attraction on their first meeting and the heat only increases between them with every following chapter. The family connections and the secrets that they share all add up to a wonderful story, one that will please any reader who enjoys a good family drama but with the added heat of a delicious relationship driven story.

With more fabulous stories to come from the other McIntyre siblings, Connor, Gage, Ryan and Holly, Rebecca Barber has set this new series on the right path for success and a wonderfully heartfelt and passionate series of stories.
Read more
One person found this helpful
Helpful
Comment Report abuse
See all reviews

Sandra Loves Reading
5.0 out of 5 stars Excellent read!
Reviewed in the United Kingdom on 26 June 2018
Verified Purchase
I loved this book!
Our main characters, Payton, a sassy and voluptuous lady, settles in a small town after heartbreak, and opens her own bakery, and Beau, who is called back to help with the chaos at home, are fabulous characters.
As individuals they are very entertaining, but together they're funny and HOT!
The big, bad and scary man is conquered by the sassy baker and she winds him round her little finger so easily... and they make a really great couple.
I look forward to reading more about them in the following books.
Read more
One person found this helpful
Report abuse

mac
1.0 out of 5 stars Relentless stream of swearing detracts from the story
Reviewed in the United Kingdom on 2 October 2020
Verified Purchase
I'm not a prude and people swearing doesn't bother me but the relentless stream of profanities on each page of the book distracts from the story so I gave up after the first couple of chapter's. The author may have a good tale to tell but sadly not a good enough grasp of English to tell it.
Read more
Report abuse

Mrs. J. C. Fox
2.0 out of 5 stars Disappointed
Reviewed in the United Kingdom on 3 October 2020
Verified Purchase
This could quite easily have been an American Contemporary romance, soft porn, the swear word, the over the top sexual voyeurisme, spoilt a good story, I have always enjoyed, Australian based stories, they are usually well crafted, with good background, realism and enough sex, without the statutory several pages, of over exaggerated orgasms. If that sounds prudish then so be it.
The author has a great ability to tell an interesting story, that could be even more enjoyable, without the padding.
Read more
Report abuse

val brim
2.0 out of 5 stars It's ok
Reviewed in the United Kingdom on 2 October 2020
Verified Purchase
Not a favourite but worth a read
I suppose life has a second chance just did nothing for me sorry
Read more
Report abuse

Rosemary Schmidt
4.0 out of 5 stars Once you get into it. , this story is very good
Reviewed in Canada on 3 October 2020
Verified Purchase
It was at first a bit hard to get into but once hooked, I enjoyed it ... Now I gotta get the sequel ..
Read more
Report abuse
See all reviews
Get FREE delivery with Amazon Prime
Prime members enjoy FREE Delivery and exclusive access to movies, TV shows, music, Kindle e-books, Twitch Prime, and more.
> Get Started
Back to top
Get to Know Us
Make Money with Us
Let Us Help You
And don't forget:
© 1996-2020, Amazon.com, Inc. or its affiliates