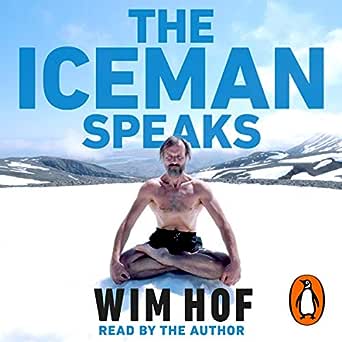 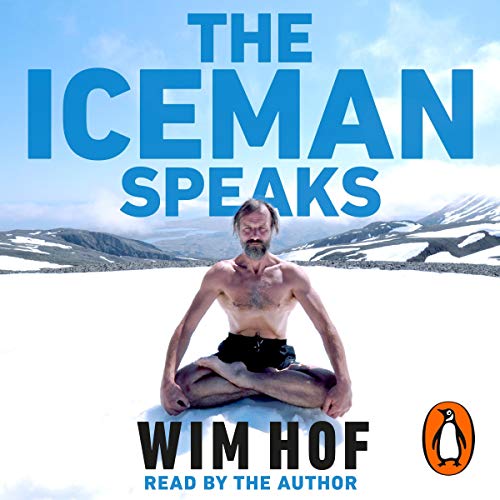 4.2 out of 5 stars
4.2 out of 5
281 global ratings
How are ratings calculated?
To calculate the overall star rating and percentage breakdown by star, we don’t use a simple average. Instead, our system considers things like how recent a review is and if the reviewer bought the item on Amazon. It also analyses reviews to verify trustworthiness.

Grant Yardley
3.0 out of 5 stars Not what I expected.
Reviewed in Australia on 18 June 2014
Verified Purchase
I was expecting a manual to becoming the iceman, not a book about one persons journey to hang out (and become) the iceman.

Pros: The techniques are eventually described, semi interesting read.
Cons: The authors are not writers and the book suffers from it. Poor editing, swapping back and forth between people and just generally poorly written.

I skipped about 20 chapters in the middle, it dragged on and on in places and was a fairly uninteresting story (if you have never heard of the iceman or his feats, you may enjoy it more). With better writing the book would have been significantly more engaging. If the techniques didn't work, I would have given it 2 stars. Turns out that you CAN get used to cold showers and it does reprogram you tolerance to the cold. Worth spending $5..

Thuan Nguyen
5.0 out of 5 stars I loved the book! Great to read about their journeys, very inspiring
Reviewed in Australia on 24 September 2016
Verified Purchase
I really enjoyed reading it, and seeing their journeys, and how much they are willing to do to push themselves and test their limit. Im really glad i read this book, it showed me what the human body is capable of and im much better in the cold now and am doing the exercises/training :) thank you for writing this book wim and justin, and for what you are doing to inspire others :)
Read more
Helpful
Comment Report abuse

Adam Satori
5.0 out of 5 stars one of the greatest
Reviewed in Australia on 2 June 2017
Verified Purchase
.... and that's how one can take care control of his life & his health
Read more
Helpful
Comment Report abuse

Melissa
3.0 out of 5 stars Refreshing, but needs more.
Reviewed in Australia on 20 May 2017
Verified Purchase
Refreshing to have a male voice in defence of femenist ideals, but the literary quality and editing felt like it could be better.
Read more
Helpful
Comment Report abuse
See all reviews

Snodger Bill
4.0 out of 5 stars Freeze
Reviewed in the United Kingdom on 7 May 2018
Verified Purchase
Really interesting book, very motivating, however as another reviewer has mentioned some of the details of the Wim Hof method are still a mystery as they are not fully explained. It would probably put a dent in the income of Wim Hof if he explained everything and I understand that but I couldn't help felling a little frustrated when I finished the book. There is more than enough in the book to get you started and the method itself has had a very positive effect on me so I can't recommend highly enough trying the Wim Hof method, you will not regret it. Perhaps enrolling on one of his videos courses would be a better if you are keen to fully explore the method, this book is a great way of understanding where the method came from, how to begin training and understanding more about Wim Hof. Great book.
Read more
11 people found this helpful
Report abuse

That said it is inspiring and I have noticed significant health benefits from taking cold showers. And my cold tolerance has increased when sea swimming, mostly just from the increased drive I had to increase my exposure which is the purpose of the book.

I'd love to give a higher rating but the book it's self is riddled with poor grammar and spelling mistakes which I feel should have been edited out in a book being offered for sale.

If you are interested in Wim Hof and his methods then pick this up it wI'll help you in your journey.

Mikko Saari
5.0 out of 5 stars Very useful and enjoyable
Reviewed in the United Kingdom on 9 December 2015
Verified Purchase
A valuable book with which you can easily learn to live with the cold, if you pay attention and understand that you need to get involved with the learning process personally, that it begins from you and ends to you. Everything else is accessory. I say this because to use the core teaching of the book, you need to think on your own and experiment on your own and form your own picture of the thing.

Justin's parts of the book are worthy read too, though not as valuable as Wim's. I read the story parts too instead of skipping to the end where they share you the method in-depth, and feel the story parts allowed me to gain a more solid understanding of the process. Parts of Justin's writings, mainly the middle part, were little more than mindless dribble like the other rivien sais, but I can recommend the where book for anyone interested in living more fully.
Read more
2 people found this helpful
Report abuse

K B
4.0 out of 5 stars Interesting book, but sorely in need of a revision
Reviewed in the United Kingdom on 17 August 2015
Verified Purchase
This is a great book, telling a rather interesting story (or two interesting stories!), and covering Wim and his protegé Justin's techniques for "Becoming the Iceman". Though neither Wim nor Justin are particularly brilliant writers, and there are quite a lot of mistakes and errors, the book is still an enjoyable read, and the information is useful for anyone interested in "Iceman" training. The personal stories also give perspective to how and why Wim became who he is, and make the "superhuman" Wim seem a bit more human. His story is quite inspiring.

Though some of it could easily be dubbed pseudo-science, the principles are basically the same as those behind Cold Thermogenesis and there is plenty of real science to back up what he's doing. The book also briefly touches on Tum'mo, and at the end of the book covers two methods of Iceman Training, however these may now be somewhat obsolete with regards to Wim's "Innerfire" website and app.

All in all it is worth a read, and I hope there will soon be a revised and corrected version, perhaps updated in light of new developments both scientifically and in Wim's life.
Read more
3 people found this helpful
Report abuse

Amazon Customer
3.0 out of 5 stars Not that interesting
Reviewed in the United Kingdom on 30 October 2018
Verified Purchase
Don't get me wrong, Wim's achievements impressive to say the least but I feel the book was written poorly. I came across many typos but my main gripe was Justin's storytelling. Far too many unimportant details were given and some of the dialogues were bland. I would have rather just hear about Wim and get some more science.
Read more
2 people found this helpful
Report abuse
See all reviews
Get FREE delivery with Amazon Prime
Prime members enjoy FREE Delivery and exclusive access to movies, TV shows, music, Kindle e-books, Twitch Prime, and more.
> Get Started
Back to top
Get to Know Us
Make Money with Us
Let Us Help You
And don't forget:
© 1996-2020, Amazon.com, Inc. or its affiliates