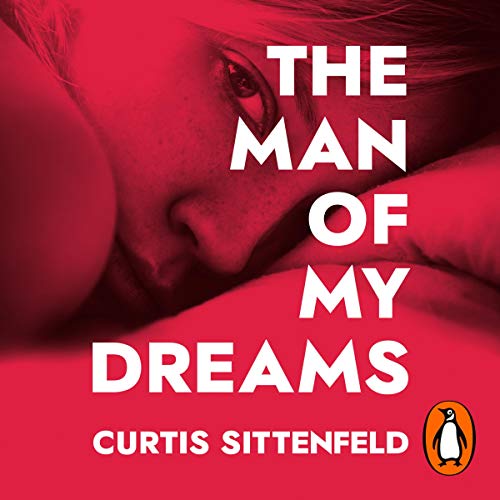 The Man of My Dreams

Hannah is a confused 14-year-old. In the magazines she reads, celebrities plan elaborate weddings; in Hannah's own life, her parents' marriage is crumbling.

Over the next decade and a half, love throws her some complicated questions. At what point can you no longer blame your adult failures on your messed-up childhood? Is settling for someone who's not your soulmate an act of maturity or an admission of defeat? And if you move to another state for a guy who might not love you back, are you being plucky - or just pathetic?

Switch between reading the Kindle book & listening to the Audible narration with Whispersync for Voice.
Get the Audible audiobook for the reduced price of $11.99 after you buy the Kindle book.
Learn more about membership
By completing your purchase, you agree to Audible’s Conditions Of Use and Privacy Notice.
Sold and delivered by Audible, an Amazon company

3.9 out of 5 stars
3.9 out of 5
180 global ratings
How are ratings calculated?
To calculate the overall star rating and percentage breakdown by star, we don’t use a simple average. Instead, our system considers things like how recent a review is and if the reviewer bought the item on Amazon. It also analyses reviews to verify trustworthiness.

There are 0 reviews and 20 ratings from Australia

Faye
4.0 out of 5 stars The confusing waters of relationships, life, and youth - real and honest
Reviewed in the United Kingdom on 20 October 2017
Verified Purchase
I have just finished reading it for the second time; the first time I was 20, in a serious, loving, but difficult relationship, with not the greatest self esteem, and I felt sympathetic, even empathetic, towards protagonist Hannah. Now, years later, I read Hannah's story and feel a sense of relief that I have grown up a little bit. I still enjoy the book, maybe more now that I can understand the lessons.

Hannah appears preoccupied with romance and boyfriends from early on, and throughout the book, you get the impression that it is really all that matters in her life. This may put a lot of readers off, but the theme of the book is more than that. Hannah is, by nature or nurture, very introverted, very socially awkward, very wary of people, and very conscious - painfully conscious of herself, painfully conscious of others, and painfully conscious of how she fits in comparison to others. Many readers can actually relate, at least a little, to Hannah's experiences: her first college party, which is awful, the peer pressure, the feeling that you are out of place and unwanted, surrounded by people that seem to instinctively know what they're doing and flock together as expected, though what is expected is never verbalised. Many girls and young women compare themselves unfavourably to other girls, as Hannah does, particularly in light that guys seem to love these girls, and she wonders, why not her? Hannah is not kissed until her early twenties, as she tries to navigate the murky and confusing waters of relating to other people. She has appalling self esteem - another thing that may put readers off - but it is very relatable. She seems unlikable, at times, sometimes downright mean, but when you are trying to understand the world, understand people, and understand relationships, it is actually quite natural to be cynical, sarcastic and angry at the very people, the social rules and hierarchy, that makes you feel inferior and powerless. Hannah may be unlikable, but, she is real.

I feel like I have grown up since first reading this novel, because Hannah's relationship errors seem so obvious to me now. She makes bad choices, puts herself in bad situations, and you think, "Why, my dear, why?" But the reason is that a lot of people do, in their late teens, their twenties, when life is very busy, when relationships are very confusing, and when technically, your brain is still developing. I can't relate to most of her dating errors, but I can relate to her: her feeling of being outside looking in, wondering if her dreams, the same dream shared by everyone else, will come true someday, eventually, and with who. She learns along the way, her choices improve, and we feel that Hannah grows. On the surface, this is a coming-of-age novel about dating, sex, and romantic relationships. Deeper, it is about societal norms, the way people respond and relate to eachother, not only sexually and romantically, but platonic; it's about discovering who you are, and where you belong. How much do we need another person? Can you be happy alone? Single? What is it that you want in life? Who is it? Discovering the answers to these questions can, temporarily at least, lead you into wrong choices. That's life. Hannah is learning and actually, we're learning, too.

I love Prep more, but Man of My Dreams gets a place on my bookshelf at last because Curtis Sittenfeld is gripping and captures the reality of youth so well. There are funny moments, but overall the book is fairly dark. Being young is scary. And even if you don't want to sit down and have a latte with the character, or declare her a literary role model, you get it. It's not about role models. It's about life. And sometimes, particularly when you're feeling down and confused about your own life, all you actually want is to lie in bed and read, not about a warrior woman, but about a young woman who gets it. Hannah's story has helped me see that my relationship choices have been smarter and more mature, but also that I still have a fair way to go on myself. That is why I like Curtis Sittenfeld's books: because I get it. When you come away knowing more about yourself that you didn't realise before, the book has worked as intended.
Read more
6 people found this helpful
Report abuse

D. C. A. Price
5.0 out of 5 stars Five stars
Reviewed in the United Kingdom on 6 June 2020
Verified Purchase
I think this may have been an earlier novel of Curtis Sittenfeld, but I loved it as I have all her books. The story of a girl who struggles with men and self-confidence yet manages eventually to find a path that doesn’t depend on marriage.
Read more
Report abuse

Lisa d
4.0 out of 5 stars Strangely enough
Reviewed in the United Kingdom on 24 April 2021
Verified Purchase
I supervision after loving the First Lady. This is very different but still very good. I wanted the best for Hannah so that's testament to get characterisation.
Read more
Report abuse

aurorah
5.0 out of 5 stars Brilliant
Reviewed in the United Kingdom on 15 July 2019
Verified Purchase
I love everything Curtis Sittenfield writes and this was no exception. A pleasure to immerse myself in such beautiful prose and be gripped by an excellent story.
Read more
Report abuse

Olly
1.0 out of 5 stars Disappointing
Reviewed in the United Kingdom on 16 February 2020
Verified Purchase
I love Curtis’ other books, but found I just couldn’t get into this one. It’s one of the few books I’ve not bothered to finish reading. I Would highly recommend her other books though!
Read more
2 people found this helpful
Report abuse
See all reviews