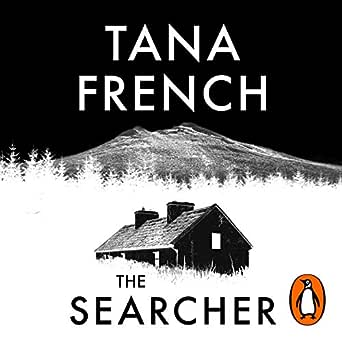 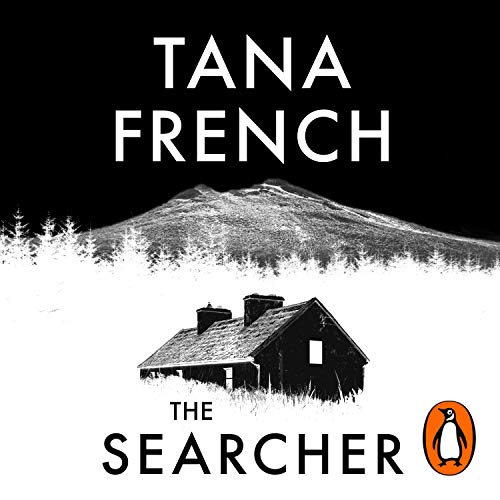 4.2 out of 5 stars
4.2 out of 5
11,786 global ratings
How are ratings calculated?
To calculate the overall star rating and percentage breakdown by star, we don’t use a simple average. Instead, our system considers things like how recent a review is and if the reviewer bought the item on Amazon. It also analyses reviews to verify trustworthiness.

Paul
2.0 out of 5 stars Doesn’t live up to the hype
Reviewed in Australia on 22 January 2021
Verified Purchase
Lately it seems every ‘must read’ review and summer reading booklist I came across had The Searcher on it. This was my first book by this author and I just can’t understand why everyone is so swept away by it. Very stereotypical characters that I just couldn’t warm to, nothing really happened for the first 3/4 of the book and by then I didn’t really care. No suspense, no mystery, a very unsatisfying conclusion and while the description of rural Ireland did offer a good sense of place, it wasn’t nearly enough to warrant any more than 2 stars.
Read more
Helpful
Report abuse

Linda
3.0 out of 5 stars Reasonably interesting, worth persevering
Reviewed in Australia on 17 January 2021
Verified Purchase
The characters are well rounded and real, and the setting is described well without a lot of unnecessary lingering. A good plot, not finished yet as it didn't really grab me enough to continue, but might go back later.
Read more
Helpful
Report abuse

BethP.
4.0 out of 5 stars A good read
Reviewed in Australia on 3 December 2020
Verified Purchase
I’d hardly call it “mesmerising” or even gripping, but it’s a jolly nice read. It’s easy to engage with the characters and the location. One highlight for me was the many unlaboured descriptions of the surroundings that fitted in so very smoothly and enhanced many situations and moments.
Read more
One person found this helpful
Helpful
Report abuse

barbara gorman
4.0 out of 5 stars A slow burner
Reviewed in Australia on 30 November 2020
Verified Purchase
I enjoyed The Searcher. Cal Hooper, the burnt out Chicago cop, is an endearing character as he becomes a reluctant detective in a remote Irish village. A warm and human story. It's a mite slow moving to my taste though.
Read more
Helpful
Report abuse

Steve.
2.0 out of 5 stars Not so great
Reviewed in Australia on 6 December 2020
Verified Purchase
I found this book to be better suited for teenagers...was it meant for that age group! It is well written but way too long for me. Too much dialogue, too folksy and hard work. I found myself skipping bits that added little to the narrative. Disappointing.
Read more
Helpful
Report abuse

Rosemary
5.0 out of 5 stars Brilliant
Reviewed in Australia on 16 November 2020
Verified Purchase
Tana has a wonderful way with words. An excellent plot flows effortlessly in combination with wonderful descriptions that evoke so many emotions. Very difficult to put down until finished.
Read more
Helpful
Report abuse

Elise Price
4.0 out of 5 stars Great read
Reviewed in Australia on 1 January 2021
Verified Purchase
The scenery was so well described I felt I was seeing it myself, the way the relationship built between Cal and Trey was very real and thoughtful.
It was hard to think that some people could be so cruel just make a point ..

E.
2.0 out of 5 stars Underwhelmed
Reviewed in Australia on 9 January 2021
Verified Purchase
Look, it was ok. Just a little boring. The pace meandered, there was no thrill, no twists. Not really sure how it got so highly recommended.
Read more
Helpful
Report abuse
See all reviews

Bluecashmere.
4.0 out of 5 stars Slow-moving but absorbing.
Reviewed in the United Kingdom on 19 November 2020
Verified Purchase
I gather that this is not the most typical of Tana French’s novels, clearly an irritant to some reviewers. It’s my first experience of the author, so I am reluctant to draw conclusions too easily. Certainly, it is a very slow-moving narrative, which means that the reader is either held by the texture of the writing and the growing human relationships or becomes impatient. On balance I feel that in most respects the novel does succeed, though I have a few reservations.

The story is set in Ardnakelty a rural small town in Ireland, not that far from Dublin. Cal Hooper is an ex-detective from Chicago, who for a mixture of reasons buys a shack, last owned by Marie O’Shea some 15 years or so ago. The only active connection he now has with the States is with his daughter, Alyssa, whom he speaks to regularly on the phone. Renovating his living quarters is going to occupy him for some time ahead. However, all changes in his life when a 19-year-old, Brendan Reddy, the eldest child of Sheila Reddy goes missing. Despite his promise to himself to stay well clear of anything approaching his previous work, through the intervention of the sullen, independent and enigmatic Trey, another of the impoverished Sheila’s five children, he becomes increasingly involved in the search for the missing boy. Other characters give life to the small town, which to me often seems more like somewhere in the American South or mid-west than Ireland. A notable introduction is Cal’s closest neighbour, a self-confident, quick-witted older man around whom questions arise as the plot moves steadily forward. However, at the centre of all is the growing relationship between Cal and his visitor, Trey. This is really where the heart of the novel lies, far more than in the solution to the mystery of Brendan’s whereabouts.

It is an atmospheric novel, which needs the leisurely pacing to allow time for the people and place to draw in the reader. There are some striking incidents in advance of the climax, but rather like the very different Lord of the Rings, there are long waits between them. I hope to explore other of Tana French’s writing in the near future.

Frankly speaking
3.0 out of 5 stars The wrong sort of chemistry makes for an entertaining thriller
Reviewed in the United Kingdom on 21 December 2020
Verified Purchase
My goodness, well over 300 page in before any proper thrills and suspense happen! It took an awful long time for this tale to reach its one and only set-piece of dramatic tension. The protagonist, Cal Hooper entrusts himself into the care of a conspirator involved in a local murder to guide him up into the boggy wilderness and to the remains of a very recent Tollund bog man. With all the loose ends of the plot already tied , at this point, by French, it might be thought this unfolds as the epilogue rather than the climax.

My test for knowing if I have read an excellent piece of fiction is to ask myself whether its world lingers in the imagination, like some after image when you shut your eyes to a strong light. It is the difference between an impeccably written work(which Tana French has surely produced ) and one that has had some magic imparted within it. By that standard, The Searcher got near, but did not quite succeed.

Many of the preceding pages had been spent building the relationships between characters and drawing their psychological hinterlands, in Cal Hooper's case, one of disillusionment and flight both from a career as a cop on the mean streets of Chicago, and from an unsalvageable marriage. I found it was hard work, I have to admit, and struggled to find myself caring enough about Cal or the youth, Trey, who will be the cause of Cal's reluctant return to crime solving in his adoptive home town of Ardnakelty.

Another slight disappointment was that the tale was built around an Irish version of a county lines trafficking operation, in which Hooper is entangled when Trey's brother Brendan, a gobby teenager with a precocious knowledge of chemistry (hat tip to Netflix's Breaking Bad?) upsets a Dublin gang. This was a modest plot, when you consider the palette available to paint scenes of suspense and darkness in a secretive, rural mountain community . This was no Wicker Man or Deliverance.

However, the writing style was engaging and the characters believable, so, on balance, a mom entertaining read!

lynned
1.0 out of 5 stars I can't stop yawning
Reviewed in the United Kingdom on 20 November 2020
Verified Purchase
Don't waste your money on this book! It is extremely slow in the first half. I really struggled to keep going. Very boring and so very slow. This is by far the worst book Tans French has written. A complete yawn fest.
Read more
6 people found this helpful
Report abuse

Denis Reed
5.0 out of 5 stars Rural justice plays by its' own rules
Reviewed in the United Kingdom on 18 November 2020
Verified Purchase
Totally enthralling.By the end i needed to see Trey and Cal ten years in the future.Compromises have to be made,not every story ends with the bad guys getting their just deserts,and the price for moving on is learning to accept that sometimes this is what has to happen.A lesson ex US cop Cal has to learn.French sets this beautifully in the claustrophobic Irish village setting where everyone has enough on everyone else to assure their silence.Superbly told,engrossing and intriguing.But I wouldn't want to live there
Read more
3 people found this helpful
Report abuse

Mr. John Frank Herbert
3.0 out of 5 stars Am I Reading A Different Book?
Reviewed in the United Kingdom on 29 December 2020
Verified Purchase
Of course the neat hardback front cover drew me in as usual.
And when you see the ads like "mesmerising thriller," and "impossible
to put down," you just know you're on to a winner!
Or....maybe not.
It's a cutesy little story...ex Chicago policeman moves to Ireland for a
quiet life, but a local boy goes missing....ex policeman interacts with the
locals...and searches for answers....and then...
It all peters out into a right old tame affair.
Even the come-uppance time never even materialises.

So I look around at these rave reviews, then look at mine, and I guess
I must be reading a totally different book to everyone else.
Time for me to quit reviewing.
Read more
2 people found this helpful
Report abuse
See all reviews
Get FREE delivery with Amazon Prime
Prime members enjoy FREE Delivery and exclusive access to movies, TV shows, music, Kindle e-books, Twitch Prime, and more.
> Get Started
Back to top
Get to Know Us
Make Money with Us
Let Us Help You
And don't forget:
© 1996-2021, Amazon.com, Inc. or its affiliates