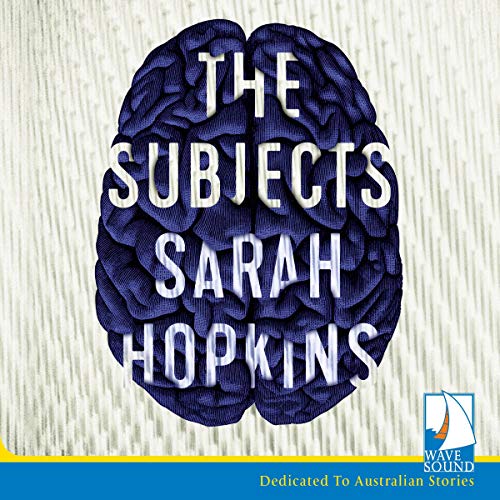 Daniel is a 16-year-old drug dealer and he’s going to jail. Then, suddenly, he’s not. A courtroom intervention. A long car ride to a big country house. Other 'gifted delinquents.’ The elusive, devastating Rachel, and Alex, so tightly wound he seems about to shatter. So where are they?

It’s not a school, despite the 'lessons’ with the headsets and changing images. It’s not a psych unit - not if the absence of medication means anything. It’s not a jail, because Daniel’s free to leave. Or that’s what they tell him.

He knows he and the others are part of an experiment. But he doesn’t know who’s running it or what they’re trying to prove. And he has no idea what they’re doing to him.

Switch between reading the Kindle book & listening to the Audible narration with Whispersync for Voice.
Get the Audible audiobook for the reduced price of $4.99 after you buy the Kindle book.
Last chance - Ends Thursday!
Learn more about membership
By completing your purchase, you agree to Audible’s Conditions Of Use and Privacy Notice.
Sold and delivered by Audible, an Amazon company

4.4 out of 5 stars
4.4 out of 5
17 global ratings
How are ratings calculated?
To calculate the overall star rating and percentage breakdown by star, we don’t use a simple average. Instead, our system considers things like how recent a review is and if the reviewer bought the item on Amazon. It also analyses reviews to verify trustworthiness.

Robert Hitchins
4.0 out of 5 stars Subjective Opinion
Reviewed in Australia on 4 August 2019
Verified Purchase
Author: Australian criminal lawyer with Aboriginal Legal Service in Sydney. Married to chef and restauranteur Matt Moran. Her first novel, ‘The Crimes of Billy Fish’ (2007) was pretty good. This is her fourth. I haven’t read #2 or #3.
Premise: Intelligent 16-year-old boy from broken home gets into trouble with the law. Instead of jail, he’s sent to a remote rural facility with an innovative approach to troubled youth.
Plot: Daniel, who has a hopeless mother, gets caught dealing drugs to other kids at school. Mostly, they’ve been prescribed for him because of a history of behavioural problems, but he doesn’t take them. The Magistrate sends him to an innovative facility run by a psychiatrist. Instruction is free-range, but involves some high-faluting scientific concepts. Although Ms Hopkins tries hard with the science-y bits, I did not find them convincing. Readers with no technical background complain they re confusing. The dynamic between the kids was well developed. Things proceed satisfactorily for Daniel, not so much for one of the other kids who gets dead.
Narrative: First person by Daniel, the protagonist. We soon learn he’s telling the story from 30 years on, so he turned out okay—a world famous geneticist no less—but along the way, he was required to give evidence to an offical enquiry into the psychiatrist and his methods.
Prose: Crisp and clear in the main. Frequent flashbacks, but they dovetail nicely.
Character development: Good for Daniel, less so for the other characters.
Bottom line: Although Ms Hopkins raises some interesting questions about how we handle wayward youth, she doesn’t fully answer them. Maybe they can’t be answered. Reviewers have compared this book, unfairly in my opinion, to Charlotte Wood’s ‘The Natural Way of Things’ (2005) features girls placed in a harsher, more prison-like outback facility. This is very different, and better.
Read more
One person found this helpful
Helpful
Report abuse

pmar
5.0 out of 5 stars Misleading Information
Reviewed in Australia on 9 July 2019
Verified Purchase
I was mislead into buying the audio version as well as the kindle version. It was not disclosed that I also needed to pay $16 per month to listen to the book.
Read more
Helpful
Report abuse

Stephen Shirley
5.0 out of 5 stars Amazing insights into many topics
Reviewed in Australia on 13 August 2019
Verified Purchase
I loved the breadth of the ideas; the setting; the dives into psychology, maths, computing, data and human suffering. Magic story telling!
Read more
Helpful
Report abuse

Romy Papas
5.0 out of 5 stars A Must Read
Reviewed in Australia on 31 July 2019
Verified Purchase
An engaging and unique story if what could be, what might be - and a rewarding twist of what is. Beautifully written.
Read more
Helpful
Report abuse

Jennifer
TOP 10 REVIEWER
4.0 out of 5 stars ‘Anyhow, 176; 63; 16: they were my numbers and here I was.’
Reviewed in Australia on 31 October 2019
Daniel, our narrator, is now 47. He was diagnosed with PTSD at 10, and at age 16 was convicted of selling prescription drugs to his classmates. In court, where a gaol sentence seems inevitable, an intervention results in Daniel being taken to a remote facility where a small group of other gifted (but delinquent) teenagers reside.

‘Light-filled corridors and a jug of lemon water were our introduction to the concept of a benevolent universe.’

But what is this place? The facility is beautiful, the teenagers are treated with respect, and receive an individually tailored education. Each of the teenagers has to negotiate a contract with Dr J, each has their own room, each may be free to leave. But why would they?

We know that Daniel has overcome his past from the outset. We learn more about that past as the novel unfolds. Daniel learns how to manage without the pharmaceutical assistance he had previously been prescribed to deal with a plethora of mental health diagnoses.

‘My decision to follow came not from an instinct to explore, but an instinct not to be left behind.’

But what is this place? Daniel is sure that they are part of an experiment. He learns more about himself, and more about some of the others. He gains some valuable insights into the complexity of humanity.

‘The same strategy, I thought, just a different target. His enemy was the world around him; mine was within.’

This is a challenging novel to read. There are several different issues covered and layers of complex issues to negotiate. How well can science explain difference? How do labels affect perceptions? What influence do pharmaceutical companies have over treatments and why, when we know the limits of institutions, do we still rely on them so heavily?

I found it hard to put this novel down: it took me into an uncomfortable, complex world where thought experiment could replace what could be described as our current pharmaceutical dystopia. Or could it?

‘Time gives us different versions of ourselves.’

Nicky Hudson
4.0 out of 5 stars Experiments in the Outback
Reviewed in the United Kingdom on 27 June 2019
Verified Purchase
I enjoyed this novel - it’s certainly a tale with a difference.

Our narrator is Daniel, a sixteen year old with a troubled background who is sent to a mysterious “school” in the Australian Outback in exchange for avoiding a prison sentence. Dan is instantly suspicious of the centre and it’s enigmatic leader “Dr J”, and the tale that enfolds is one of experimentation and intrigue as the purpose of the centre is revealed

The tale does jump around time periods, which does mean a little of the suspense is lost. And it did take a while to pull me into the story - I was struggling to keep going halfway in. But i’m so glad I persisted, because the payoff in the final quarter of the book is superb