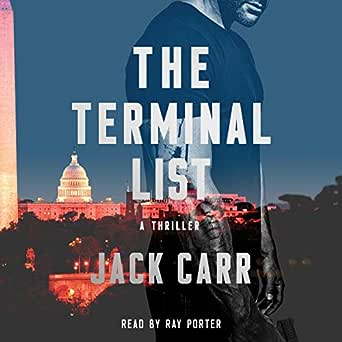 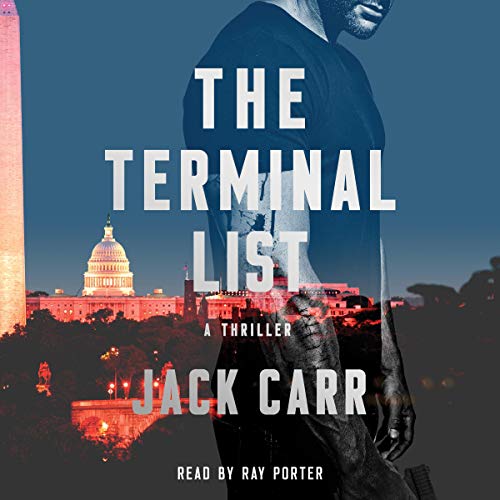 4.6 out of 5 stars
4.6 out of 5
4,867 global ratings
How are ratings calculated?
To calculate the overall star rating and percentage breakdown by star, we don’t use a simple average. Instead, our system considers things like how recent a review is and if the reviewer bought the item on Amazon. It also analyses reviews to verify trustworthiness.

Scott Phillips
2.0 out of 5 stars The 80's called they want their plot back
Reviewed in Australia on 10 October 2018
Verified Purchase
I didn't expect much from this, I mean it's a first novel from an ex seal. And to be fair the guy probably has the chops to be a decent writer in a few books time.

But this is just God awful. The plot is literally the most unrealistic thing you can imagine. It's about Hillary Clinton (shes got a different name, and she's the secretary of defence not the sec state, and her husband is a pussy hound ex congressman instead of ex President) and an evil Hillary cabal who illegally test an experimental drug on SEAL's and then kill them all, and their families to cover it up.

Yeah, I know. And I'm not even American I could care less about USA politics, but this was just ridiculous. Like a Steven Seagal movie from the 80's but with Hillary Clinton as the bad guy.

It just gets worse and worse, the SEAL obviously goes on a killing rampage and extracts his revenge.

Katie
4.0 out of 5 stars The Terminal List
Reviewed in Australia on 27 January 2021
Verified Purchase
I really liked this book, I though it was well written, fast paced, well informed, and it was interesting to read about the war from an ex-Navy Seal’s perspective. You could definitely see a little bit of racism in this book towards Middle Eastern people, however it was only directed at terrorist organisations. It still made me uncomfortable but the author often had points about the goodness of Islam too. I though Reece was a fantastically intricate character, who was on the ever sliding grey scale of morals.
This book makes you question what you would do if this happened to you, but also makes you ask the question to whether Reece is still a good guy at the end of the book. Some of his actions are downright monstrous, but then again, he’s simply repaying the actions of others.
I really enjoyed this book, I thought it was great how the author left in the blacked out sections, it added to the realistic element of the book. The only other complaint I have is the epilogue, I thought it was unfortunate that it ended on that note, but all in all it was an excellent read.
Read more
Helpful
Report abuse

MR
5.0 out of 5 stars Action, Revenge, Family & the ultimate rush
Reviewed in Australia on 23 March 2020
Verified Purchase
I hadn’t ever heard of Jack Carr until I watched Seal Team on tv and noticed Jack through there instagram.

This book was the best book I had read in a long time. Any moment I could pick up the book I was engaged and living in Reece’s world. I thought about Recee and his next moves while I was living everyday life. I was thinking about the book and just couldn’t wait to see where “we” were going next on his journey.

Get ready for a hell of a ride and brace yourself to have the second book ready to pick up!
Read more
Helpful
Report abuse

DJM
2.0 out of 5 stars Gratuitous violence
Reviewed in Australia on 18 February 2021
Verified Purchase
It was probably my first and last Jack Carr book
The hero Reece justified his trail of mayhem by blaming the cabal of greedy conspirators . They were as bad as each other. Besides being a super hero and/or villain the plot and the action, mainly murder, was contrived and hard to believe.
At least we learnt different ways that the villains could die.
I am not sure that it worries me more or less that Reece may re-emerge from the distant waters..
Read more
Helpful
Report abuse

Craig Hurdle
4.0 out of 5 stars Good read
Reviewed in Australia on 8 February 2019
Verified Purchase
I gave it a 4 star rating
Still a good read
Navy Seals were being killed off due to a drug that was given to them
A manhunt for a navy seal that was killing off the Seals
Read more
Helpful
Report abuse

Bronte
5.0 out of 5 stars Jack Carr
Reviewed in Australia on 25 August 2020
Verified Purchase
I thoroughly enjoyed reading the Terminal List. A book you don't want to put down
Read more
Helpful
Report abuse

Turfman
1.0 out of 5 stars Too much padding
Reviewed in Australia on 14 August 2018
Verified Purchase
If I buy an action book then I expect the action to happen & not be bogged down by unnecessary detail.
This book had too much unnecessary detail
Read more
Helpful
Report abuse
See all reviews

AnOn.
5.0 out of 5 stars The Terminal List by Jack Carr
Reviewed in the United Kingdom on 4 September 2018
Verified Purchase
Thoroughly enjoyed this book of hard hitting, often brutal, but fully justified retribution. First book which I have read by this author, but will certainly be downloading more.
Perhaps at times a bit too much information regarding the weaponry involved, but this does not detract from the overall enjoyment. The book is well written with strong story line and characters. I would definitely recommend it. Well worth five stars.
Just one further comment, there is a glossary of terminology to be found immediately after the conclusion of the novel. Perhaps I missed any reference to this prior to commencing the story, but I am sure the reader will find it useful to be aware of it.

BlackKnight1974
3.0 out of 5 stars Good, not great debut (minor spoilers)
Reviewed in the United Kingdom on 29 July 2020
Verified Purchase
Firstly, I have nothing but the highest respect for those who put themselves in harm's way to defend freedom. As you would expect from a former SEAL, the tactical stuff is as accurate as he can make it without giving away actual techniques.

The story is a by the numbers revenge deal. Brave hero is betrayed by vacuous politicians/career brass types for money, who then kill his family, forcing him to extract his revenge. There are an awful lot of similarities to "the Punisher" and it was pretty apparent how the story was going to go very early on.

My biggest problem is that it lacks tension and depth. When James Reece chases down his tormentors, they don't really stand a chance and it never feels like he'll come off second best. Obviously, SEAL team members are tough hombres, however the main character feels invincible, able to second guess his adversaries and deal with anything they throw at him. I get that that the other author is immensely proud of being a SEAL (why wouldn't he be), but having everyone who meets the main character be in awe of his "bad-assery" felt a little self-congratulatory.

The characters are either good or bad on a comic book level. There is no middle ground and this means they lack any real depth. Because of this, it's very hard to feel anything when the bad guys meet their end or to really care about any of the good guys. I wasn't suitably invested in any of the characters, largely because they all feel like cardboard cut outs.

Also, even for a self-confessed weapons nut, I thought he went a little overboard with the amount of gun/scope/bullet/knife detail that is crammed in here. Whilst it might be accurate to describe the techniques of long range shooting, I am not sure it really adds anything to the story other than to bloat the page count. Does it really matter which brand of knife he is using? (or tactical travel mug!)

Likewise, there were a lot of acronyms and other military related stuff that felt unnecessary.

It's not a bad book and there are certainly worse in the genre, however I never really got to a point where I was that invested/involved in the story. If you like the Jack Reacher novels (which is clearly where this is pitched), then you'll probably like this - if nothing else, at least it's tactically more realistic!
Read more
3 people found this helpful
Report abuse

Luke
5.0 out of 5 stars Stunning debut novel
Reviewed in the United Kingdom on 27 February 2019
Verified Purchase
This book was an absolute joy to read. Rarely do I consider a book flawless, but this was as close to it as you'll get.

The storyline had me fully engrossed and vying for the main character to succeed. Also, despite my usual inability to keep track of multiethnic characters, I found myself truly understanding each character's intentions and back stories.

The characters involved were likeable, even the bad guys because they were so well written and unique in their own ways. It's not the deepest character-driven book but the main character is written very well and had me wanting him to win.

This book is also phenomenally written. The research into weapons, cars, locations, industries, government, the navy SEALS is so well researched. Well, I presume it is as I know little about these things and he's sold me on them all!

I would highly recommend this for ANYBODY who wants a genuinely good read and loves action!
Read more
4 people found this helpful
Report abuse

A B.
5.0 out of 5 stars First-rate, edge of your seat thriller!
Reviewed in the United Kingdom on 22 January 2019
Verified Purchase
If you enjoy thrillers, don't wait, buy this book. It is one of the best debut thrillers I have read for a long time.
The Terminal List is exciting, exhilarating and eye-opening. It pulls you in from the first page and doesn't let go until the last. Some of the scenes are so gripping you forget where you are, you are so engrossed in the story. That is the mark of an excellent author.
Jack Carr has done a wonderful job of creating a character in James Reece that you root for right from the start, despite the sometimes shocking things Reece does. The scenes are so well written that you feel like you are right there, with a front row seat to the action.
This is the first book by Jack Carr, and therefore you have no assurances, as you would in a series featuring the same character, that Reece will make it in the end. In fact, with an added aspect to the story that I will leave readers to discover, it is truly touch and go as to whether Reece will survive.
This is an excellent debut novel that I highly recommend. Jack Carr is a new author to watch. I can't wait to read his next book.
Read more
Report abuse

saucey sue
5.0 out of 5 stars Brilliant thriller/suspense novel.
Reviewed in the United Kingdom on 28 December 2020
Verified Purchase
Wow, this has certainly set the bar high for future books in the series. It had me hooked from the beginning & I even read all the “thankyous” the author specifically set out at the end. Something I normally skip over. This to me isn’t just a “blokes” book but incorporates so many different facets to the story line revolving around the main character. Family, friends, politics, corruption, war are just a few but retribution & payback the theme. I wonder what can possibly be next?
Read more
One person found this helpful
Report abuse
See all reviews
Back to top
Get to Know Us
Make Money with Us
Let Us Help You
And don't forget:
© 1996-2021, Amazon.com, Inc. or its affiliates