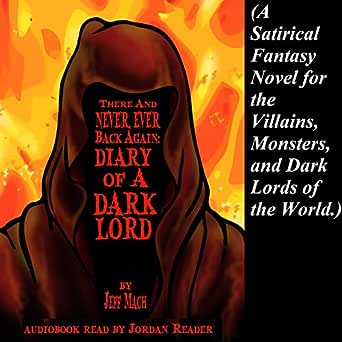 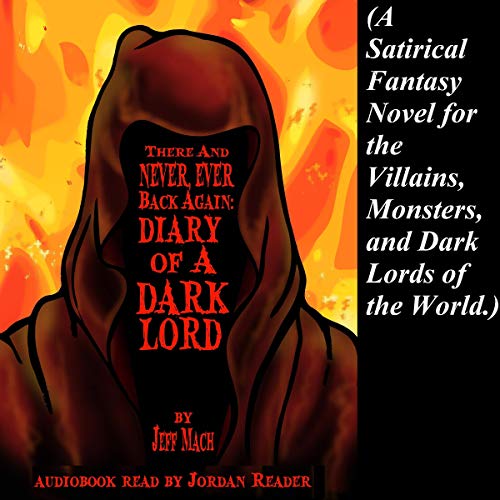 There and NEVER, EVER Back Again

4.5 out of 5 stars
4.5 out of 5
212 global ratings
How are ratings calculated?
To calculate the overall star rating and percentage breakdown by star, we don’t use a simple average. Instead, our system considers things like how recent a review is and if the reviewer bought the item on Amazon. It also analyses reviews to verify trustworthiness.

M
5.0 out of 5 stars Unexpectedly thought provoking
Reviewed in the United Kingdom on 13 August 2019
Verified Purchase
I bought this book fully anticipating that it would be packed with the carefully crafted sardonic wit that typifies the author’s twitter feed.

What I didn’t expect was exactly how much it makes you think. This book is full cleverly posited philosophical arguments that can cause you to re-examine yourself and your morality if you allow them to… and you should allow them to.

Although classified as a parody (and it does that well, with obvious inspiration from some of the giants of the fantasy genre – Robert Jordan’s Wheel of Time saga springs to mind, as do influences from Pratchett, Neil Gaiman and their ilk), a proper reading of this brings so much more food for thought.

Written from both the perspective of the eponymous Dark Lord, and the meddlesome Chosen One sent to destroy them, there is a breadth of language used that both amuses and probes into the reader’s understanding of the basis of good and evil and, indeed, makes some very convincing arguments regarding human morality and assumptions.

It could be seen as a parable for modern times, a comment on the current political climate, and an acknowledgement that there are those who think that people are easily classified with a soundbite, and fall for mass rhetoric and bile. It is all of these, but equally it asks the question as to what happens if you let yourself and your world view be defined by others’ opinions.

If you like fantasy, if you like parody, if you like to be questioned occasionally, and to be made to really consider yourself and your role in humanity, then give this book a go. It’ll make you smile, it’ll make you nod in agreement, and it will make you reflect, and sometimes, you can’t ask for much more out of a book than that.
Read more
2 people found this helpful
Report abuse

Margot-Hi-5
5.0 out of 5 stars How Dark is this Dark Lord Really? My allegiance took me by surprise
Reviewed in the United Kingdom on 4 May 2020
Verified Purchase
What did I expect from a book which sub-heads itself as A Dark Lord’s Diary and A Memoir and Manifesto for Villains and Monsters?

The book/journal to be written entirely from the point of view of a loquacious but dastardly super villain
A plot choc full of the thoughts and actions of an extreme machiavellian character, whose evil deeds and plans would provide vicarious thrills while horrifying the more gentle reader
Evil to triumph over good in the most crushing way
An interesting, suspense-filled journey towards a climactic battle

What did I get from There and Never Ever Back Again - A Dark Lord’s Diary?

Two points of view: the eponymous Dark Lord and the current Chosen One (current - because the White Wizard burns through them like matches). Each keeps a journal interwoven to create the saga’s progress
An elucidating discourse filled with thought-provoking nuggets of wisdom on the injustice of human attitudes/emotions relating to anything defined as different. Ancient creatures who’ve been maligned, mistreated and banished from the sunlight, unsurprisingly ally themselves with a being who offers the opportunity to reclaim what they have lost
Philosophy-themed discussions pertaining to standards of ‘good’ and ‘evil’ which call into question the perception of either concept, inviting a re-examination of one’s morality.
The final /climactic battle towards which the White Wizard is pushing may be strewn with futility (not uncommon in the nature of battles). Races may be preparing to fight to death or extinction over a principle, while victory over the central villain could be perceived as a change of driver, rather than destination.

While the Chosen One shows signs of developing an affinity with their sworn enemy, symbiotically the reader questions the consequences of allowing their own worldview to be defined by others. I fully appreciated the thought-provoking nature of this book.

There and Never Ever Back Again is a fantasy book, written with humour and a sardonic wit that kept me so entertained that, once I’d finished, I wanted to start again! For this genre I tend to watch films more often than read, so it’s a pleasant surprise to have so much to take away from its discourse. Structured around the hero’s journey, the author gives amusing nods to renowned writers (I recognised Tolkien, other reviewers mention Pratchett, Jordan and Gaiman) which adds to the satirical nature of the book. In one final twist, the main characters aren’t restricted by traditional binary moulds.

Abby
5.0 out of 5 stars Extremely entertaining
Reviewed in India on 3 June 2020
Verified Purchase
Building up on a base that enmeshes sci-fi and fantasy this book instigates your thoughts and challenges your morals at every step. This is what makes this book stand out. It is not your regular fantasy! It is thought provoking, introspective and engages readers at a philosophical level. I’m officially a fan of his writing and the trademark wit. The writing is engaging and it is needless to say that the narrative is immensely entertaining.
Read more
Report abuse

Reyadh Rahaman
5.0 out of 5 stars Fun and Sinister!
Reviewed in Canada on 24 August 2020
Verified Purchase
A fun trek through the mind of a Dark Lord. Learn why you should dislike normality and be entertained at the same time!
Read more
Report abuse

Theophanes Avery
5.0 out of 5 stars A must have for anyone who loves over-the-top villains
Reviewed in the United States on 6 July 2019
Verified Purchase
What a delightful little romp into the dark side! Here we have a loquacious super villain pontificating their own existence while besmirching the good names of elves and unicorns. There's a lot to love here - a playfulness of language, a sense of well timed whimsy, and at times glimmers of wise insight you wouldn't really expect. It's a bit light on plot but it was too funny to care that much. I mean parables from the dark side? Yes, please. I have already recommended it to other twisted minds.
Read more
18 people found this helpful
Report abuse
See all reviews
Back to top
Get to Know Us
Make Money with Us
Let Us Help You
And don't forget:
© 1996-2021, Amazon.com, Inc. or its affiliates