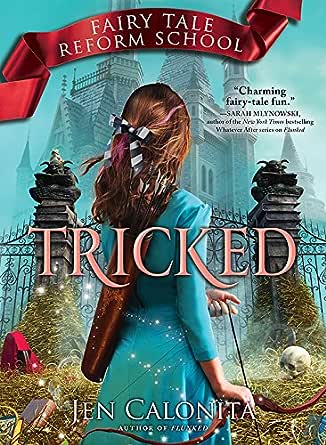 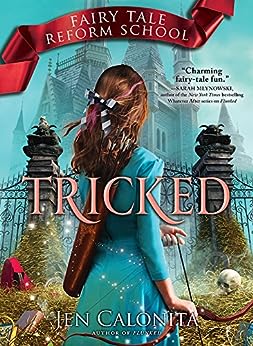 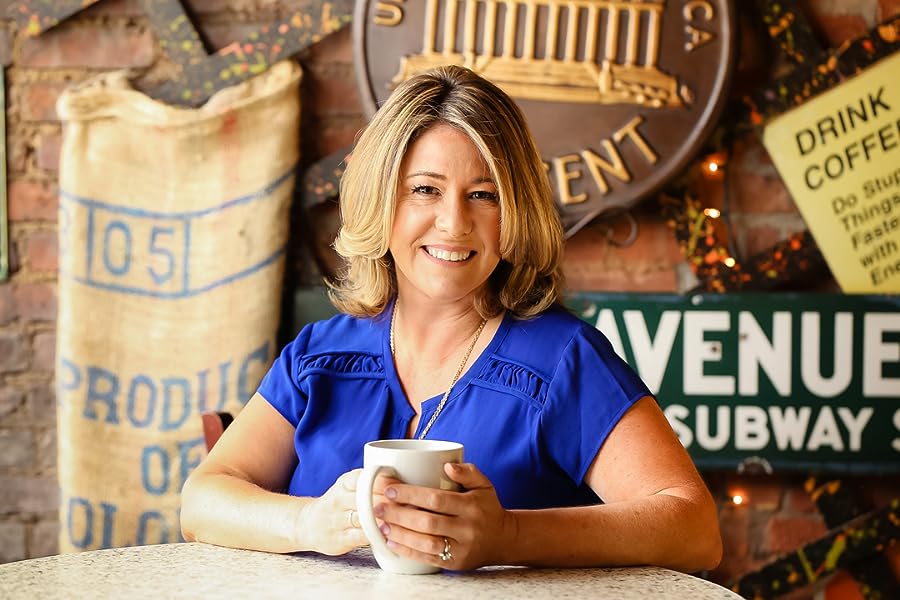 "Mermaids, fairies, trolls, and princesses abound in this creative mashup of the Grimms' most famous characters. This whimsical tale is a surprising mixture of fable, fantasy, and true coming-of-age novel. Magical problems are enhanced by real-world lessons on prejudice, bullying, and self-image.
" - Kirkus Reviews

"Calonita tackles bullying, selfishness, trust, friendship, loyalty, responsibility, and courage while delivering an entertaining and often humorous fantasy flight. The appealing cover design will draw the attention of potential readers, and the balance of action, humor, and fantasy will keep them absorbed. Recommended for fans of Soman Chainani, Shannon Hale, and Shannon Messenger."
" - School Library Journal --This text refers to the hardcover edition.

Jen Calonita is the author of the Secrets of My Hollywood Life series and other books like Sleepaway Girls and I'm with the Band. Fairy Tale Reform School and Royal Academy Rebels are her first two middle-grade series. She rules Long Island, New York, with her husband, Mike; princes, Tyler and Dylan; and their two Chihuahuas, Captain Jack Sparrow and Ben Kenobi. The only castle she'd ever want to live in is Cinderella's at Walt Disney World. She'd love for you to visit her at jencalonitaonline.com and on Twitter @jencalonita. --This text refers to the paperback edition.

4.8 out of 5 stars
4.8 out of 5
220 global ratings
How are ratings calculated?
To calculate the overall star rating and percentage breakdown by star, we don’t use a simple average. Instead, our system considers things like how recent a review is and if the reviewer bought the item on Amazon. It also analyses reviews to verify trustworthiness.

Amelia Stubbs
5.0 out of 5 stars Tricked
Reviewed in Australia on 7 May 2017
Verified Purchase
I loved the book and if I was in the class to pick your own animal I would want a horse but I also wouldn't care what I got. My favourite character is Gillian cobbler or jax
Read more
One person found this helpful
Helpful
Report abuse
See all reviews

Warren M Wilson
5.0 out of 5 stars Best book in the world!!
Reviewed in Canada on 16 September 2017
Verified Purchase
You have to read this book! If you like adventure, magic and amazing caracters then you would definitely love this book. You have to read the other books in this seres before you read this book, otherwise you won't understand this book. The other books in this seres are also amazing, although this one is by far the best one. It is a page turner and I am sure you won't be able to put your book down.
Read more
Report abuse

Kinsey Jansen
5.0 out of 5 stars Best one in series yet!
Reviewed in the United States on 24 July 2017
Verified Purchase
It was AMAZING,as a true FTRS fan, I think that this book is great for young girls like me . It kept my attention and it was funny as it was also adventurous.
And I love the hope and faith Hilly holds onto about her sister!
#sisterly love !💔

Kristy Hinkle
5.0 out of 5 stars Best Yet! (SPOILERS!!)
Reviewed in the United States on 8 September 2017
Verified Purchase
I can't wait for the next book in this series! Each one gets better and better, as Gilly's world expands, and we see more and more creatures, heroes, and villains - and, even more entrancing, how they all interact.

Particularly, I liked seeing Red and Wolfington story development - they had an understanding now. Maybe they weren't best buddies, but you don't have to be, to get along and work together towards the greater good.

I hope we get to see some more Jocelyn and Gillian bonding like that, too - they work brilliantly off of one another.
Read more
One person found this helpful
Report abuse

Yvonne
5.0 out of 5 stars Awesome book
Reviewed in the United States on 1 May 2019
Verified Purchase
I overall love this series and hope that there are plenty more books to come. These books are the best.💖💖💖💖💖💖💖💖💖💖
Read more
One person found this helpful
Report abuse
See all reviews
Back to top
Get to Know Us
Make Money with Us
Let Us Help You
And don't forget:
© 1996-2021, Amazon.com, Inc. or its affiliates