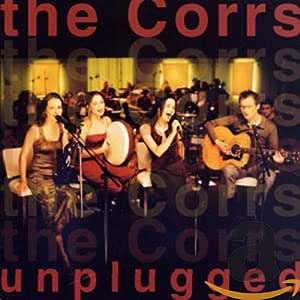 Acoustic versions of the hit Irish sibling pop quartet's best, plus covers of R.E.M.'s 'Everybody Hurts', Jimi Hendrix's 'Little Wing' and Jimmy McCarty's 'No Frontiers', all recorded for MTV Unplugged & to be broadcast at the end of November, 1999. Produced by Mitchell Froom (Crowded House, Paul McCartney, Elvis Costello), mixed by Bob Clearmountain (Bruce Springsteen, Bryan Adams, David Bowie) and with string arrangements by Fiachra Trench (Van Morrison). 14 tracks total, also including versions of 'What Can I Do', 'So Young' and 'Forgiven, Not Forgotten'. 1999 release.

4.6 out of 5 stars
4.6 out of 5
188 global ratings
How are ratings calculated?
To calculate the overall star rating and percentage breakdown by star, we don’t use a simple average. Instead, our system considers things like how recent a review is and if the reviewer bought the item on Amazon. It also analyses reviews to verify trustworthiness.

Meg
5.0 out of 5 stars A real treat!
Reviewed in the United Kingdom on 14 December 2012
Verified Purchase
Some people thought that The Corrs hadn't been around long enough to do an MTV "Unplugged" album, well this proves that they were ready for it! The photogenic four and their faithful sidekicks (Anto Drennan on "lead" guitar and Keith Duffy on bass) play some of their best songs from their first two albums together with two new covers (Thin Lizzy's "Old Town" and R.E.M.'s "Everybody Hurts") and two "new" songs of their own that were unheard at the time of this recording which later were included on "In Blue".

The vocals in particular really stand out in this live recording but the orchestral accompaniment to some of the songs also adds to the enjoyment. It is very sympathetic to the songs and is never over-done. You can see how relaxed they all were and this must have helped lift their performance level. The high point for me is the beautiful duet "No Frontiers" sung by Sharon and Caroline with only Jim on piano providing accompaniment. It is so simply done and that helps the harmony and quality of their voices really shine through.

This album marked the first time that The Corrs worked with Mitchell Froom as their Producer, and when you hear the quality of the arrangements and performance you will understand why they wanted to work with him again and again after this (on "In Blue", "Live in Dublin" and "Home"). I feel that it is a shame though that the producers of the CD felt the need to edit out the "bum note" that Caroline played at the very end of "Runaway" and the banter between the band and the audience that followed, the DVD leaves this in. They also changed the order of the songs for some reason.

However, this does not spoil what is a truly excellent CD, a worthwhile addition to your collection even if you already have all of The Corrs' studio albums.

Gary Drain
5.0 out of 5 stars You don't have to be a particular corrs fan to appreciate this.
Reviewed in the United Kingdom on 26 September 2020
Verified Purchase
I wasn't expecting to enjoy this as much as I do having bought it with just one key track in mind but it is terrific from start to finish and the production values are nearly to the standard of a studio album.
Read more
Report abuse

johnavon
5.0 out of 5 stars Lovely acoustic album
Reviewed in the United Kingdom on 24 February 2016
Verified Purchase
beautifully performed album. Lovely acoustics. It is very enjoyable hearing the acoustic versions of the songs supported by an orchestra. I now prefer the acoustic versions to the original versions. This is an essential album for your collection.
Read more
One person found this helpful
Report abuse

greg
4.0 out of 5 stars Decent purchase
Reviewed in the United Kingdom on 26 February 2019
Verified Purchase
Decent purchase
Read more
Report abuse
See all reviews
Get FREE delivery with Amazon Prime
Prime members enjoy FREE Delivery and exclusive access to movies, TV shows, music, Kindle e-books, Twitch Prime, and more.
> Get Started
Back to top
Get to Know Us
Make Money with Us
Let Us Help You
And don't forget:
© 1996-2020, Amazon.com, Inc. or its affiliates