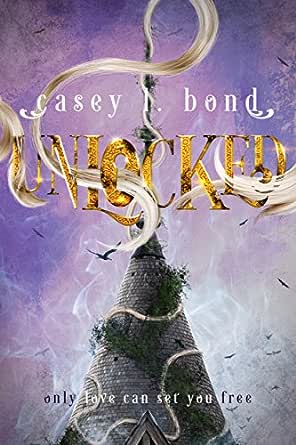 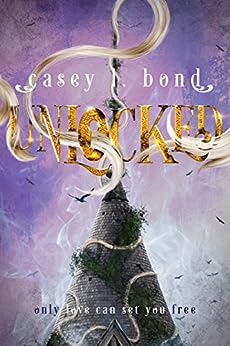 4.5 out of 5 stars
4.5 out of 5
18 global ratings
How are ratings calculated?
To calculate the overall star rating and percentage breakdown by star, we don’t use a simple average. Instead, our system considers things like how recent a review is and if the reviewer bought the item on Amazon. It also analyses reviews to verify trustworthiness.

Smileyrie
TOP 1000 REVIEWER
5.0 out of 5 stars A beautiful love story
Reviewed in Australia on 24 February 2020
Nice twist on Rapunzel, and a truly magical love story where two people are bound together by circumstance to become best friends who can finish each other’s sentences, know where to find each other, even when fighting & truly are the other half that makes the whole better. Of course the path of true love never runs smooth, even in fairytales, but to get you through some of that is the coolest Albatross ever. Who wouldn’t love an albatross who loves kisses 🤷‍♀️
Read more
Helpful
Report abuse

Jade B
4.0 out of 5 stars Unlocked
Reviewed in Australia on 18 December 2019
I really enjoyed this spin on Rapunzel. It was a really fun story to read.
Read more
Helpful
Report abuse

Ebony
5.0 out of 5 stars I really enjoyed this
Reviewed in Australia on 20 July 2020
This was just a really easy enjoyable book to read when you have a couple hours to fill would highly recommend
Read more
Helpful
Report abuse
See all reviews

Julia Red Hatter Book Blog
5.0 out of 5 stars I fall more in love with the Seven Kingdoms with each book
Reviewed in the United States on 17 May 2018
Verified Purchase
I fall more in love with the Seven Kingdoms and Casey L. Bond's writing with each book! I love being swept away to a land far, far away where kings and queens and princesses and prince's reign. Where magic is real and isn't a fanciful thought. Casey L. Bond makes it so easy to believe in this complex world she has built! Not only is Unlocked perfect for adults, but also perfect for young adults looking to escape as well. Each new story brings us wickedness but also fantasy. Poor Raya has lost everything. Her family, kingdom, friends, and any type of relationship. She's locked away in a tower with no one but an albatross to call a friend. Until a certain Prince whom we fell in love with in another book shows up on the shore. Trevor left his kingdom to search for a wife, he found so much more when he found Raya.

Could you imagine being on a tiny island by yourself with no human interaction for years? I can't. Raya did though, and she lived. Raya is a survivor, she embodies every essence of that word. She not only physically survived, she mentally survived being cut off from everyone. I have always had a soft soft for Trevor. He's definitely a sweetheart! He is noble and loyal, but sometimes to the detriment of his own happiness. Raya and Trevor survive a lot together. Between both surviving tragedies to hiding feelings for each other to making sure the other is happy even if it means not being together.

Casey L. Bond has given us nothing but strong, role model worthy female leads. I can't thank her enough for that! Unlocked gave us Raya and Trevor and a adorable albatross, it also gives you hope and love!

Wendy
5.0 out of 5 stars Wow, hated for the story to end❤️
Reviewed in the United States on 30 September 2018
Verified Purchase
Was hooked as soon as i started and really hated putting the book down to get things done around the house or go to sleep!
Raya is a sweet princess with a heart of gold, she’s a sweetheart! and Trevor was pulling for him the whole time, was cool to finish ‘Riches to Rages’ and Trevor was in that one and is one of the main characters in this one, and love his character! the whole story was so spell binding, loved it, and looking forward to the next one!! this is the third one, and each one was so darn good, that i looked forward to read it one!! The Author made me feel like i was there seeing all it play out!! Thank you for the fantastic books, loved them, this one is my favorite, but all three are great!!
Read more
One person found this helpful
Report abuse

Lynda Swarbrick
5.0 out of 5 stars Loved it
Reviewed in the United States on 28 May 2020
Verified Purchase
I love fairy tales, Raya and Trevor's story did not disappoint. I didn't want to put it down. Even though I didn't have to I re-read the first too books before I read this one and now I can't wait to start the next one in the series :)
Read more
Report abuse

Alicia Moten
4.0 out of 5 stars Another hit by Casey!
Reviewed in the United States on 23 June 2019
Verified Purchase
This was another awesome fairytale retelling by Casey! She really knows how to put her own twists and touches on the old classics. Love this series!
Read more
Report abuse

Kelsey Nelson
5.0 out of 5 stars Great twist on a classic!
Reviewed in the United States on 10 January 2019
Verified Purchase
I thoroughly enjoyed this twist on a classic fairytale. Looking forward to reading Casey Bind's other novels as well! Great characters, great story!
Read more
Report abuse
See all reviews
Get FREE delivery with Amazon Prime
Prime members enjoy FREE Delivery and exclusive access to movies, TV shows, music, Kindle e-books, Twitch Prime, and more.
> Get Started
Back to top
Get to Know Us
Make Money with Us
Let Us Help You
And don't forget:
© 1996-2021, Amazon.com, Inc. or its affiliates