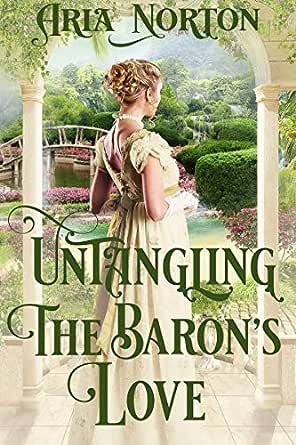 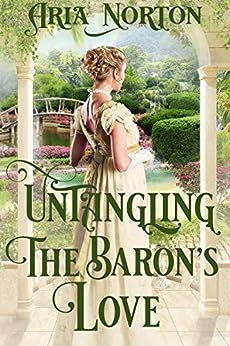 4.3 out of 5 stars
4.3 out of 5
105 global ratings
How are ratings calculated?
To calculate the overall star rating and percentage breakdown by star, we don’t use a simple average. Instead, our system considers things like how recent a review is and if the reviewer bought the item on Amazon. It also analyses reviews to verify trustworthiness.

Kindle Customer
5.0 out of 5 stars Untangling the Baron.
Reviewed in Australia on 31 March 2020
Verified Purchase
I would highly recommend this book about Heather & Adam the story was excellent characters in the book also mother inlaw not so at the start but got better as the story when on there were plenty of twists and turns setbacks but they won out in the end loved it make sure you read the story cannot give to much away or it spoil the book.
Read more
Helpful
Comment Report abuse
See all reviews

Stephen Williams
5.0 out of 5 stars A brilliant book with plenty of surprises
Reviewed in the United Kingdom on 23 March 2020
Verified Purchase
This is a brilliant book that has plenty of surprises and intrigue. It has a plot that is gripping and beautifully written. There is some very emotional moments, especially the extended epilogue that has a great reunion between two of the characters. A story that will suit anyone who loves clean historical romances that keep you guessing. I read an ARC copy
Read more
Report abuse

Veronica C. Longstaff
5.0 out of 5 stars Can money turn to love?
Reviewed in the United Kingdom on 30 March 2020
Verified Purchase
A baron looking to find a wife with money. A merchant with money hoping to marry one of his daughters to a title. The younger daughter being the one lead to the slaughter so to speak is not enamoured with the idea. The older one who has a brain tries to help. Twists and turns follow in this wonderful story.
Read more
Report abuse

Pickle
5.0 out of 5 stars BRILLIANT LOVE STORY.
Reviewed in the United Kingdom on 31 March 2020
Verified Purchase
I loved this , Heather and Adam what a great story, two people who have their independent futures planned out. Adam a Lord, Heather the oldest daughter of Tradesman .
Lots of problems for these two, do they make it ?

Rowena
5.0 out of 5 stars Clean Romance
Reviewed in the United Kingdom on 2 May 2020
Verified Purchase
A nice clean Regency romance. A couple with preconceived ideas about each others class. He needs money and her father wants a titled husband for one of his daughters. Will they find their HEA?
Read more
Report abuse

Bonny Rambarran
5.0 out of 5 stars Is it possible to untangle this??
Reviewed in Canada on 26 March 2020
Verified Purchase
He really needs money to save his family. Gambling really does not seem to be working. And then his friend suggests he marry a ‘common’ rich woman. How can he, as a Baron, marry a woman like that?? And then when he does get married, it is NOT the woman he chose but her sister!!! How on earth can this work now?? LOVED this book - twists and turns and surprises that make the book very interesting!
Read more
Report abuse
See all reviews
Get FREE delivery with Amazon Prime
Prime members enjoy FREE Delivery and exclusive access to movies, TV shows, music, Kindle e-books, Twitch Prime, and more.
> Get Started
Back to top
Get to Know Us
Make Money with Us
Let Us Help You
And don't forget:
© 1996-2020, Amazon.com, Inc. or its affiliates