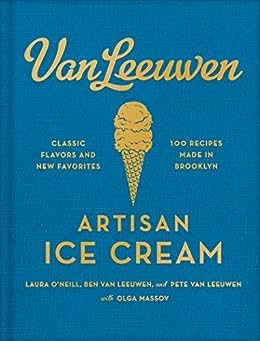 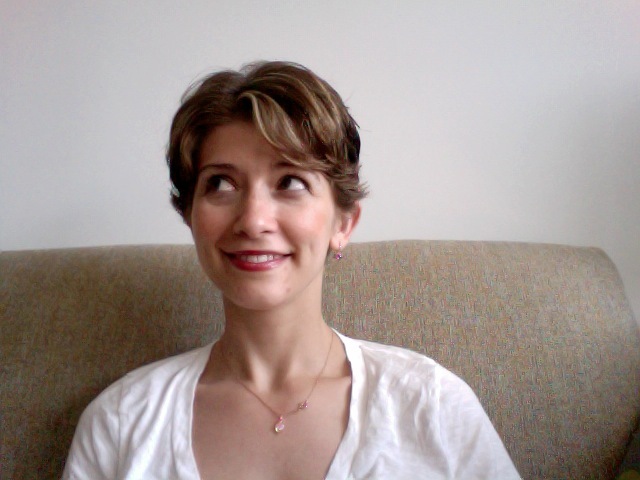 by Olga Massov (Author) Format: Kindle Edition
See all formats and editions
Sorry, there was a problem loading this page. Try again.

A collection of delicious and flavorful frozen treats made from simple, natural ingredients easily found in most pantries from Brooklyn’s beloved and wildly popular ice cream emporium.

The Van Leeuwen Artisan Ice Cream Book includes ice cream recipes for every palate and season, from beloved favorites like Vanilla to adventurous treats inspired by a host of international culinary influences, such as Masala Chai with Black Peppercorns and Apple Crumble with Calvados and Crème Fraîche. Each recipe—from the classic to the unexpected, from the simple to the advanced—features intense natural flavors, low sugar, and the best ingredients available.

Determined to revive traditional ice cream making using only whole ingredients sourced from the finest small producers, Ben, Pete, and Laura opened their ice cream business in Greenpoint, Brooklyn, with little more than a pair of buttercup yellow trucks. In less than a decade, they’ve become a nationally recognized name while remaining steadfast to their commitment of bringing ice cream back to the basics: creating rich flavors using real ingredients.

Read more
Previous page
Next page
Due to its large file size, this book may take longer to download

The flavors created by Van Leeuwen are what you d expect from a Willy Wonka ice cream factory --if it were in Brooklyn. (Marie Claire)<br ><br > If you can t get to France yet yearn for some homemade frozen goodness, pick up Van Leeuwen Artisan Ice Cream. (Los Angeles Magazine)

The founders of Van Leeuwen Artisan Ice Cream chart their course from a humble pair of food trucks to a thriving business with several stores on both coasts. The secret to their success? Really good ice cream... (Publishers Weekly) --0062329588

For those who will never consider making vegan ice creams, or are not up for a bit of project cooking, there are 90 other inventive recipes to choose from. But it s the 10 cream-free variations that make this cookbook rise to the top. (New York Times) --0062329588 --This text refers to the hardcover edition.

In the summer of 2008 the Van Leeuwen team rolled out their first two yellow ice cream trucks in New York City. Now, with over seven years of ice cream making under their belts, Laura, Ben, and Pete are delighted to share their recipes and stories with you.

With an emphasis on traditional practices and artisanal ingredients, Van Leeuwen Artisan Ice Cream will teach you how to make these delicious scoops at home and give you the foundation to create any flavor your heart desires.

Laura O'Neill left behind her life in Melbourne, Australia, to move to Greenpoint, Brooklyn, in 2007, after meeting Ben on a trip to London. Among the many facets of running a small business, she handles the company's design and marketing. Laura shares her home with her musician and artist boyfriend, Greg, and a very talkative cat, Gypsy. Outside of focusing on ice cream and Indonesian food, Laura spends her time playing in a band and throwing a weekly dance jam in the dark called No Lights, No Lycra. --This text refers to the hardcover edition.
Read more

Olga Massov is a food writer and cookbook author. Most recently, she edited cookbooks at Phaidon Press, and as of November 2017, she is back to cookbook collaboration and other freelance work. In her past life, she worked in finance.

Olga was born in Russia, grew up in Boston, and now lives in Brooklyn with her husband, Andrew Freedman, a journalist, and their toddler, Avi, and linebacker-sized tabby, Forrest.

She likes strong coffee; horizontal stripes; mid-century modern design; austere beaches of the Northeast; and her LLBean boots. She likes to eat (among many things): Wellfleet oysters, wild Maine blueberries, pickles, herring, all things potato, brisket, cabbage, tacos, and ice cream. She prefers wine to cocktails; beer to bubbly; and bourbon to vodka.

Mexico From the Inside Out by Enrique Olvera

Regarding Cocktails by Sasha Petraske with Georgette Moger-Petraske

Where Bartenders Drink by Adrienne Stillman

On Vegetables by Jeremy Fox with Noah Galuten

Vegan: The Cookbook by Jean-Christian Jury

America: The Cookbook by Gabrielle Langholtz

Where to Drink Coffee by Liz Clayton and Avidan Ross

4.6 out of 5 stars
4.6 out of 5
158 global ratings
How are ratings calculated?
To calculate the overall star rating and percentage breakdown by star, we don’t use a simple average. Instead, our system considers things like how recent a review is and if the reviewer bought the item on Amazon. It also analyses reviews to verify trustworthiness.

SUSAN BURGER
5.0 out of 5 stars Great Flavor Combinations
Reviewed in Canada on 7 August 2015
Verified Purchase
A great followup to the basic Ben and Jerry's ice cream. I love the combinations and ingenuity in this book. I am going to make everyone of these recipes. Good thing I have a great ice cream machine
Read more
Report abuse

Otto Morales
5.0 out of 5 stars Love it!
Reviewed in Canada on 26 November 2019
Verified Purchase
I love this book so far. I just got, but have flipped through it and am enjoying what I'm seeing. It has dairy and vegan recipes!!!
Read more
Report abuse

K. D.
2.0 out of 5 stars A Disappointing Cookbook
Reviewed in the United States on 21 August 2015
Verified Purchase
I wouldn't really suggest this book if you are interested in making ice cream at home. It comes across much more as a vanity piece than a serious cookbook. Many pages are devoted to telling you how very special the ice cream makers are and how very special their ingredients are. The book is full of self congratulatory photos of the owners of Van Leeuwen. If you are a big fan of their ice cream, then sure, you might want to buy this book. But if you are interested in making ice cream at home, there are better books out there. I suggest The Perfect Scoop by David Lebovitz. Some of the problems I found with the book: The authors take two full pages to tell you that they use the very best (extra special!) vanilla beans but they don't tell you how to buy them yourself. Anytime they mention chocolate, they tell you that you should buy the exact same chocolate that they buy, because of course, it is so special. They say it is available in Whole Foods but is isn't available at my Whole Foods. Come on, there is a lot of great chocolate being made today. The authors insistence that you buy the brand they buy comes across as somewhat self involved and annoying. The book features a full page photo of spit passion fruit but they don't tell you how to use it. In fact, they tell you to buy froze passion fruit puree. I found editing problems, the wrong words, mistaken page references, and questionable quantities. For instance, the recipe for ginger ice cream calls for way too much sugar. Speaking of ginger, the authors specify the length of ginger used. This is not as useful as weight would be since pieces of ginger vary so much in width. The New York Times recently suggested that the reason to buy this book would be for their vegan ice cream recipes. I would have to agree. But there are only nine vegan ice cream recipes in the book. So, if you are interested, you might want to start with the one printed in the NYT and see if it works for you. The reality of making ice cream at home is that it is easy. It doesn't require special ingredients. It doesn't take a lot of time. And the results are always better than ice cream bought in the grocery store.
Read more
260 people found this helpful
Report abuse
See all reviews
Back to top
Get to Know Us
Make Money with Us
Let Us Help You
And don't forget:
© 1996-2022, Amazon.com, Inc. or its affiliates