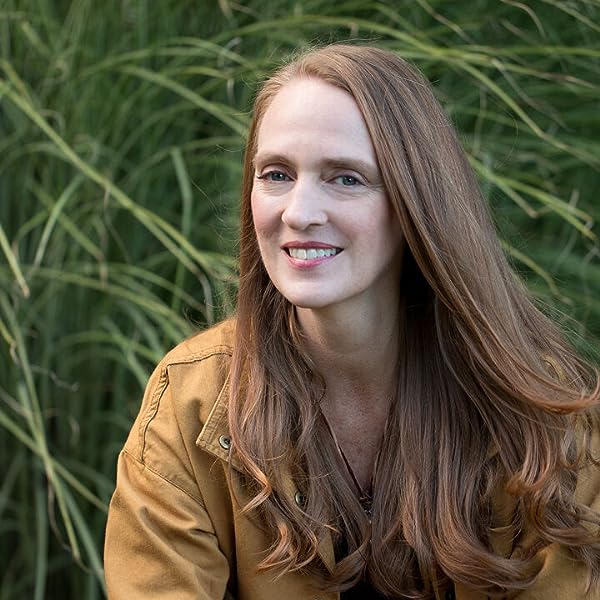 "Both a timely and timeless literary mystery, Waiting for the Night Song is as seductive as it is smart, blending the allure of Julie Dalton's beloved rural New Hampshire setting with the dark undercurrents of a community's racial divisions and betrayals. This is a story of love, of home, of friendship and family, of a childhood's innocence and an adult's comeuppance, all of which are in the line of fire in this beauty of a page turner." --Michelle Hoover, award-winning author of Bottomland and The Quickening. "Human nature clashes with Mother Nature in this riveting and heartbreaking coming of age story-- gorgeously written, and wonderfully told. With its combination of powerful themes and intensely immersive setting, fans of Delia Owens will swoon to find their new favorite author. A phenomenal debut!" --Hank Phillippi Ryan, award-winning author of The First to Lie "Dalton writes masterfully of human relationship and the fraught relationship humanity has with ecology...put it on your lists NOW." --Michael Zapata, author of The Lost Book of Adana Moreau

"I marvel when I come across a book that is at once timely and timeless...It's a novel that burns-figuratively and literally-with sharp prose and uncommon wisdom. Do yourself a favor and have a look for yourself." --Peter Geye, award-winning author of Wintering "Waiting for the Night Song is a beautiful book that is also a hell of a read. Complex characters, unforgettable setting, taut storyline, big ideas." --Ashley Shelby, author of South Pole Station "Smart and searingly passionate, Dalton's absorbing mystery debut explores many timely issues including global warming, female friendships, childhood secrets, and the lengths we take to protect them -- Waiting For The Night Song is an illuminating snapshot of nature, betrayal and sacrifices set in the evocative New Hampshire wilderness." --Kim Michele Richardson, award-winning author of The Book Woman of Troublesome Creek "A killer, gorgeous debut that tackles love, racism and even climate change. Waiting for the Night Song will break your heart, leave you breathless and wanting more." --Rachel Barenbaum, bestselling author of A Bend in the Stars "Dalton weaves the vagaries of friendship, the wonder of the natural world, and the power of truth to create a powerful and unforgettable story." --Erica Ferencik, bestselling author of The River at Night and Into the Jungle "Dalton's debut is a story of friendship, family, and the consequences of acting out of fear, especially when those actions are performed to protect those we love. The storytelling is made even more vivid by the way the novel practically breathes the woods of New Hampshire." --Booklist "Stirring...a taut novel that builds suspense to the very end." --Publishers Weekly "Dalton writes thoughtfully and poetically about a place clearly close to her own New Hampshire-based heart. Cadie and Daniela's interrupted friendship forms the core of the novel, and Dalton captures that best-friend bond so intensely forged in youth. Through vivid and emotional imagery, Waiting for the Night Song speaks to the power that a place and its people can have over your life." --BookPage

As a journalist, JULIE CARRICK DALTON has published more than a thousand articles in The Boston Globe, BusinessWeek, The Hollywood Reporter, and other publications. She contributes to DeadDarlings, The Writer Unboxed, and GrubStreet's writer's blogs. She also owns and operates a small farm in rural New Hampshire, the backdrop for Waiting for the Night Song, her debut.

4.0 out of 5 stars
4 out of 5
124 global ratings
How are ratings calculated?
To calculate the overall star rating and percentage breakdown by star, we don’t use a simple average. Instead, our system considers things like how recent a review is and if the reviewer bought the item on Amazon. It also analyses reviews to verify trustworthiness.

SuZReader
5.0 out of 5 stars The prose is lyrical and the descriptions of nature, of the New Hampshire woods vibrant
Reviewed in the United States on 16 January 2021
Verified Purchase
Waiting for the Night Song is a genre-breaking work—literary fiction blended with suspense, racial issues, and climate change. The protagonist, Cadie Kessler, is an entomologist studying beetles and how they kill trees, which in turn, because of the increase in fuel, sets up forest fires.

Cadie and Daniela live on the shores of a New Hampshire lake—until a catastrophic incident occurs when Cadie is eleven destroys their friendship. Decades later Daniela calls Cadie to tell her their long-held childhood secrets are about to surface with dire consequences Daniela’s family and other people.

The prose is lyrical and the descriptions of nature, of the New Hampshire woods so vibrant you can almost hear the night call of the birds, taste the fresh water of the lake, feel the cushion of fallen leaves beneath your feet . If you’re a nature fan, you might want to read this in conjunction with several other recent reads with superb depictions of nature: The Wild Birds by Emily Strelow, Winter Loon by Susan Bernhard, In a Town Called Paradox by Miriam Murcutt, or Wild Life by Keena Roberts.

Julia Rold
5.0 out of 5 stars Beautifully written, moving, and important debut novel
Reviewed in the United States on 16 January 2021
Verified Purchase
I was so excited to get my hands on Julie Carrick Dalton's stunning debut. This is a wonderful novel with a powerful story, great characters, and genuine heart. Focused on two childhood friends and a dangerous secret they guard, the novels skillfully weaves together the narrative of their idyllic but shattered childhood and a present day struggle to save the New Hampshire forest they both love. The book has deep feeling for the natural world and asks vital questions about what needs to be done to save it. Julie Carrick Dalton is an impressive talent and beautiful prose stylist. I love this book and recommend it highly to everyone.
Read more
7 people found this helpful
Report abuse

DBussey
4.0 out of 5 stars Very Good Read
Reviewed in the United States on 20 February 2021
Verified Purchase
This was my first read from the climate fiction genre and although I am conscious of climate changes and support the need to protect our environment, I am not a climate activist. I learned a lot about the environment and how it all connects. I also really liked the characters and how they are shown to the reader. The subplot (or competing plot depending on how it is experienced) of the immigration challenges and the mystery of how accountability for Juan's death would unravel is a bit much but not too tiring. Actually, it helped to move the novel forward and kept my interest. Dalton's strength though is in the writing about nature and climate science. She exquisitely paints scenes with such vivid detail that you are standing right there. She also obviously knows the science behind the climate crisis and guides the reader through the character Cadie to why it should matter to you as well.
Read more
One person found this helpful
Report abuse

Amazon Customer
5.0 out of 5 stars Riveting!
Reviewed in the United States on 3 February 2021
Verified Purchase
A very compelling and thought provoking story, rich in the details of nature and complicated characters that draw you in and won’t let you go.
Read more
4 people found this helpful
Report abuse

robert wilstein
5.0 out of 5 stars A suspenseful, riveting literary accomplishment
Reviewed in the United States on 7 February 2021
Verified Purchase
In Waiting for the Night Song, Julie Carrick Dalton has created a memorable character in Cadence Kessler, the feisty, indomitable heroine of this beautifully written story of forgiveness and love. I flew through the book, each chapter enticing the reader with what is to be revealed. Highly recommended!
Read more
4 people found this helpful
Report abuse
See all reviews
Back to top
Get to Know Us
Make Money with Us
Let Us Help You
And don't forget:
© 1996-2021, Amazon.com, Inc. or its affiliates