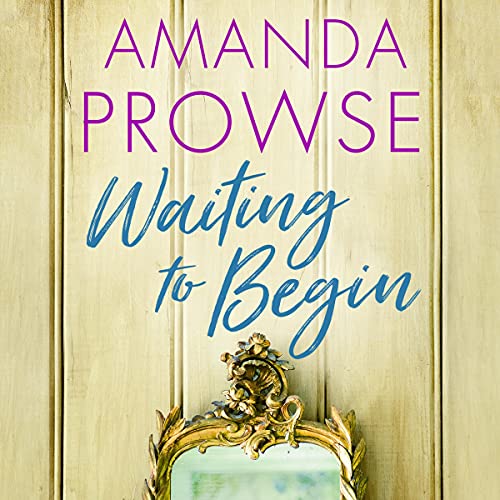 4.5 out of 5 stars
4.5 out of 5
698 global ratings
How are ratings calculated?
To calculate the overall star rating and percentage breakdown by star, we don’t use a simple average. Instead, our system considers things like how recent a review is and if the reviewer bought the item on Amazon. It also analyses reviews to verify trustworthiness.

Tweedvale Girl Book Reviews
TOP 100 REVIEWER
5.0 out of 5 stars A thought provoking story and one that will make you feel all kinds of emotions.
Reviewed in Australia on 9 June 2021
In 1984, Bessie is sixteen and she has her whole future planned and dreams of being an air hostess. She and her best friend Michelle are close, they love to hang out together, coordinating their out fits and make up. They love Duran Duran, they have just finished their high school exams and are nervously waiting for the results. Bessie’s extremely upset when she doesn’t do as well as she expected, she fails and things only get worse. She’s having a secret relationship with a boy from school, her world comes crashing down when she thinks he’s told everyone, she’s embarrassed, humiliated and crushed.

Bess is now fifty three and married to Mario, she has two adult children Jake and Natalie. Her mum and dad are still the most lovable parents in the world, her son has just gotten married and Mario is a hard worker. But her marriage is flat, she and Mario have lost their spark and Bess could be to blame. She has a secret, she’s being carrying the burden of it for thirty seven years and to save her marriage she will have to face her painful teenage past.

Like everyone Bess needs to feel valued, appreciated, needed, loved and she doesn’t. It’s not Mario’s fault she feels like she does or her families, it’s the heavy burden of shame, guilt, regret, it makes her feel unworthy and not good enough. I was a teenager in the 1980’s, my heart broke for teenage Bessie and I could relate to some of the issues she struggled with. What a thought provoking and well written story, I loved Waiting To Begin, it made me laugh, it made me cry, you will need a box of tissues and five stars from me.
Read more
Helpful
Report abuse

Kjane
TOP 500 REVIEWER
5.0 out of 5 stars Wonderful, heart warming story
Reviewed in Australia on 19 June 2021
This is another great piece of contemporary writing by Amanda Prowse, of whom I am a big fan.
In this book, Bess, the central characters, life story is told in two parallel times. The first is now on her fifty-third birthday and the other on her sixteenth birthday.
At sixteen, Bess was certain a glamorous and exciting life. Her future as an air hostess was all mapped out with her best friend Michelle. It is also the day that her exam results will be posted and that first step to success can be taken. However, as the day unfolds Bess loses not only her thoughts of the future but also her best friend and any shred of confidence and self-worth she may have possessed.
Fast forward 37 years and Bess is not happy. She lives in an ordinary house, with her husband who gets on her nerves, missing her adult children who are moving on with their lives and happy futures. On this birthday Bess will be faced with a choice, can she learn to settle for what she has and tamp down her secrets or will she gamble her past on a deceptive future.
This is a wonderful story told with great humour, but which also had me reaching for the tissues. It was very thought provoking and really made me think about my own life.
Read more
Helpful
Report abuse
See all reviews

TeresaNik
5.0 out of 5 stars Another incredible read from this hugely talented author!
Reviewed in the United Kingdom on 8 June 2021
Verified Purchase
It's 22nd August 1984 and Bessie's sixteenth birthday, she wakes with great hope for the future because it's also results day for school exams, she's hoping she's done well because her dream is to become an air hostess. Later that day her world comes crashing down around her and Bessie is left full of shame and carrying a secret she can never share.

It's 22nd August 2021 and Bess is now fifty three, she is married to Mario and they have two children, Jake and Natalie but their relationship is failing. Jake has recently got married and watching him settling into married life, Bess knows, in order to save her own marriage, she must finally face the demons she's been hiding from for the last thirty seven years and reveal to her husband the secret that changed her world in 1984.

The story begins in 1984, with Bessie and her brother Philip on a train, their destination isn't revealed until much later in the book. We are then led on a journey which alternates between 1984 and 2021, and centres around her birthday in both timelines. It's a tale of huge aspirations, broken dreams, love, loss, secrets, lies, trust and betrayal and once again, at the hands of this hugely talented author, it's been told beautifully, with compassion and integrity. The chapters are seamless, the switching between the two timelines is faultless and the characters are brought to life so exquisitely that if they stepped out of those pages they would be as real as you and me. I was completely invested in this story, as I am with all the books I've read by this author, but more so in this one because it's my era, I was 16 in 1984, full of hope for my future too, now 53 and married with two children, that's where the similarities between Bess and myself end, but I found myself reminiscing about those years as a teenager and wondering, if I could rewind to 1984, would I have done anything different, maybe I'd have chosen a different career path, but that's the only thing I'd change. This story shows that life is what you make it, we all have choices and those choices map out our journey through life and make us the people we are today. As always with this author, I highly recommend this book but you will need tissues, it's an emotional read that had me smiling and crying throughout.
Read more
8 people found this helpful
Report abuse

Mrs Linda J Kitson
5.0 out of 5 stars Another wonderful book from Amanda Prowse
Reviewed in the United Kingdom on 10 June 2021
Verified Purchase
One woman, one day in August, 36 years, a huge secret tearing her apart, threatening her very existence. Amanda Prowse’s highly proficient storytelling weaves a gripping account of how teenage angst and actions affect Bessie, on her 16th birthday and for decades afterwards. No spoilers in this review, if you enjoy a good book, characters who come alive from the first page, people who you laugh and cry with as you turn each page, then Waiting to Begin will be the novel you have been waiting for. I could not put it down, at the risk of being very tired at work, I had to finish it before I went to sleep. Amanda has penned almost 30 wonderful books and if you are new to her work, then your reading list just filled up for a long time.
Read more
8 people found this helpful
Report abuse

Tuffy
5.0 out of 5 stars Fabulous Read
Reviewed in the United Kingdom on 11 June 2021
Verified Purchase
A moving story about how circumstances and decisions made in the past, impact on the present.
It has everything, secrets, betrayal, love and loss, to keep readers hooked.
Bess, whose in her 50’s shares her journey from teenager to adulthood and how she’s trusted others in keeping her secrets and how they have impacted on her life.
Read in one sitting, it definitely kept me hooked from start to finish.
Read more
5 people found this helpful
Report abuse

holisticjo
5.0 out of 5 stars I can’t wait to begin the part 2 of this book, please
Reviewed in the United Kingdom on 3 July 2021
Verified Purchase
I loved this beautiful book by Amanda. I could so relate to Bessie’s story. Making good friends at High School (or Secondary Modern School as it was then) going to my best friends house on a Saturday afternoon to rehearse dance moves to ABBAs Dancing Queen, The Bee Gees Stayin’ Alive and many more as we were going with her mum and dad to the social club that evening then fish and chips on the way home. Those were the days.
Such a sad story for Bessie just having left school and having to face such a huge dilemma and for her whole adult life to keep her ‘secret’. Then one day you have to tell your ‘secret’ to your husband so that he can understand where your head is at. Then this rollercoaster continues to tell the rest of your family oh my this had my stomach churning for Bessie. Then the end of the book had me shouting nooooo Amanda keep telling the story so again a ask please we need a part 2 for the story to continue
Thank you for a fabulous book
Read more
2 people found this helpful
Report abuse

Lady-Anna
5.0 out of 5 stars My words cannot do this book justice
Reviewed in the United Kingdom on 18 June 2021
Verified Purchase
To begin with we learn about various folk as we go back into the early days and forward to the current time
Aww Bessie in the early days awww
Then in later years Bess so much said I could truly identify with
Oh wow then the big finding out moment heart-breaking
And it goes on with so much for Bessie and Bess and 75% what is Mario going to review does he know what Bess was hoping to tell him - oh gosh
Then Bess’s revaluation oh my, my heart was breaking
What an ending oh my word
I felt a connection with Amanda herself
You have to read it – it will hold you – you will be totally absorbed
Read more
2 people found this helpful
Report abuse
See all reviews
Back to top
Get to Know Us
Make Money with Us
Let Us Help You
And don't forget:
© 1996-2021, Amazon.com, Inc. or its affiliates