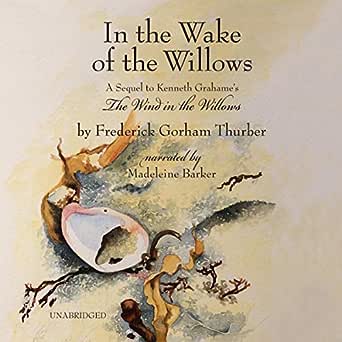 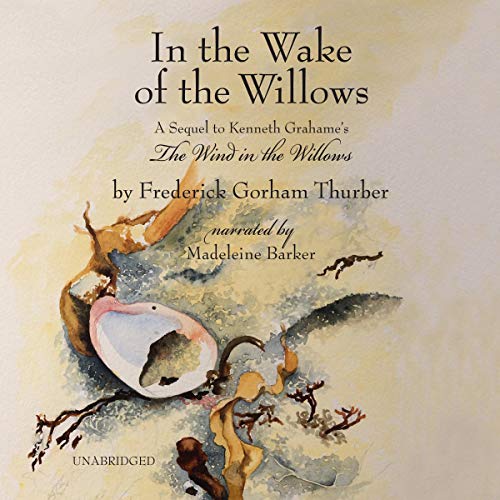 In the Wake of the Willows, 2nd Edition: A Sequel to Kenneth Grahame's The Wind in the Willows

Eric Jay Dolin
5.0 out of 5 stars A lively escape into a wondrous world!
Reviewed in the United States on 4 October 2020
Verified Purchase
In The Wake of the Willows is a wild, lyrical, and, at times, poetic slice of life as experienced by an eclectic group of animals--quite proficient in the English language--who reside along a marsh-lined river that runs lazily into the ocean. Mr. Toad, Mr. Rat, Mrs. Badger, and their kith and kin create a fascinating community, and through their varied adventures they teach the reader quite a bit about relationships, nature, and the human, err, animal condition. Arguably, the book’s most beguiling and memorable passages are those that reflect on the environment that surrounds and supports the main characters. This includes the flower-specked meadow, squirmy mole crabs, succulent beach plums, “extinct” heath hens, handsome tree swallows, exotic luna moths, starry constellations above, and, of course, the ever-flowing river and the tempestuous ocean, to name just a few of its constituent parts. To top it all off, Amy Thurber’s illustrations are beautiful.

The book is billed as a sequel to Kenneth Grahame’s The Wind in the Willows, but I can tell you from personal experience that you don’t need to have read that classic to enjoy Mr. Thurber’s spirited book. All you do need is a desire to enter another world full of beauty, mystery, danger, and wisdom, in which quirky and endearing animals are your guides.
Read more
Report abuse

WolfMother
5.0 out of 5 stars A Nature Lover's Delight!
Reviewed in the United States on 20 July 2020
Verified Purchase
This is a little jewel box of a book; every page is a joy. The nature writing is exquisite, and the humor delightful. I think this is one of those classics that will appeal to young and old alike for generations. It does an effortless job of educating us in the awesome power of nature; it's unique and endangered creatures; and how to enjoy life immersed in the natural world. At the same time it entertains with genuinely charming characters and beautiful illustrations. I absolutely love it, and can't wait to share it!
Read more
Report abuse

FE
5.0 out of 5 stars This is an amusing book with unforgettable characters!
Reviewed in the United States on 6 February 2021
Verified Purchase
This is a wonderfully written story of the river folk, including Mr. Rat, Mrs. Badger, a group of mischief weasels, and mocking birds that earn their name amusingly. There are too many "favorite" characters to name. I had the good fortune to listen to the Audible narration while reading the book. The narrator impressively creates distinct voices for each of the many characters.
Read more
Report abuse

Jane K
5.0 out of 5 stars Perfect Way to Wind Down at the End of a Long Day
Reviewed in the United States on 17 February 2021
Verified Purchase
In the Wake of the Willows takes off where Wind in the Willows left off. While the writing, and gentle, whimsical sense of humor remain true to Kenneth Grahame's original, Mr. Thurber's book gives the characters and plot a contemporary, transatlantic spin. Perfect bedtime reading for children and grown-ups alike!
Read more
Report abuse
See all reviews
Back to top
Get to Know Us
Make Money with Us
Let Us Help You
And don't forget:
© 1996-2021, Amazon.com, Inc. or its affiliates