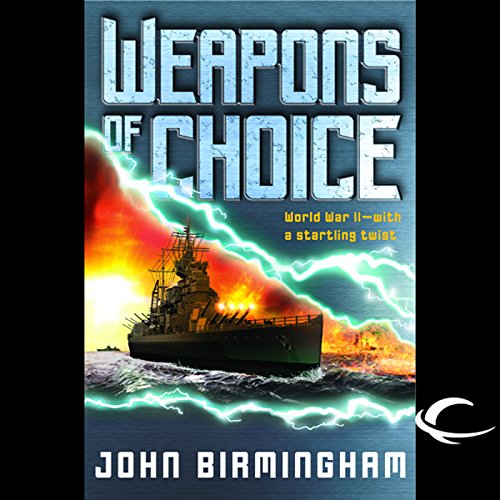 4.2 out of 5 stars
4.2 out of 5
381 global ratings
How are ratings calculated?
To calculate the overall star rating and percentage breakdown by star, we don’t use a simple average. Instead, our system considers things like how recent a review is and if the reviewer bought the item on Amazon. It also analyses reviews to verify trustworthiness.

Tim F.
3.0 out of 5 stars A good read ruined by insertion of clumsy woke politics
Reviewed in Australia on 30 January 2021
Verified Purchase
I actually bought Kindle eBooks for the first time after reading the 4th current last book in this series, which from this tight ass is quite a complement. JB writes well with interest and some research. I would have given him a higher star rating except for the constant wokeism which is regularly inserted in such a clumsy way as to make you feel you are in some Californian school text. The series is also unremittingly patronising to the intelligence and characterisation of our forebears with a distinctly superior historic revisionism which corresponds to the clumsy wokeism. If you are patient and able to discard these two fashionably formulaic aspects which appear to have been edited in to otherwise engagingly well written alternate history fantasy, then you can extract a good read.
Read more
One person found this helpful
Helpful
Report abuse

George Madarasz
5.0 out of 5 stars The devil is in the detail.
Reviewed in Australia on 8 January 2020
Verified Purchase
I have just finished reading this for the second time and it was still riveting. It's hard to convey what a brilliant flight of imagination this novel is without spoilers. But the brilliance of the plot would not account for the unputdownable readability without Birmingham's amazing attention to detail. The man has clearly put an enormous amount of time into research and it pays off with an astoundingly unlikely but believable story.
Read more
Helpful
Report abuse

Amazon Customer
1.0 out of 5 stars Too much action
Reviewed in Australia on 13 December 2016
Verified Purchase
I like alternate history books but this is a little bizarre for my tastes and jumps around between alternate times and battles very quickly and I struggled to keep up. If you like a more steady story then this possibly isn't for you. However if you like very descriptive battle scenes and a lot of action then you'll probably like this.
Read more
Helpful
Report abuse

sharyn
5.0 out of 5 stars One of my favourites
Reviewed in Australia on 9 May 2019
Verified Purchase
I love this series so much I reread regularly and have purchased the ebook as well now
Read more
Helpful
Report abuse

Poor Waynie
5.0 out of 5 stars Great book
Reviewed in Australia on 11 May 2017
Verified Purchase
I love this book! It's attention to detail and the way it explores the human aspect of the story is great. A mix of sci fi and history... froth.
Read more
One person found this helpful
Helpful
Report abuse

Stewart
5.0 out of 5 stars Exciting alternative history
Reviewed in Australia on 24 April 2021
Verified Purchase
Enthralling and hard to put down. Always waiting for the next history changing event. Well written for a long read.
Read more
Helpful
Report abuse

Brian Roby
5.0 out of 5 stars hmm wow.
Reviewed in Australia on 17 February 2014
Verified Purchase
Makes you wonder if this was to really happen just what the world would be like now? Does sometimes bog down a little with too many small things going on but well written.
Read more
One person found this helpful
Helpful
Report abuse

mikey
4.0 out of 5 stars All sorts of fun
Reviewed in the United Kingdom on 2 November 2019
Verified Purchase
This is not so much a review of this one book so much as a review of the whole series.

That’s because I bought this first one and enjoyed it so much I immediately got the next two books in the series.

Now, in essence this is a goofy idea. It was explored in the thoroughly ridiculous 1980 movie The Final Countdown .

But this takes that basic idea and goes a whole lot deeper. The examination of culture clashes between the 21st-Century military and their 1940s counterparts are at least as important as the kickass action sequences.

And, let me tell you, the kickass action sequences are most definitely worth the price of admission.

Birmingham is a great writer. His characters are flawed, but likeable, three-dimensional entities. Maybe a bit more durable than real-life people but that’s adventure stories for you.

The 2nd book is definitely the weakest of the series. But it’s worth getting because it sets up the amazing third entry in the trilogy.

But, that said, even the second book has some seriously fun moments.

This is the best blending of sci-fi and WW2 action since Neal Stephenson’s Cryptonomicon. And I absolutely do not make that comparison lightly.

This is a lot of fun. Check it out.
Read more
2 people found this helpful
Report abuse

Mr. Robin Glover
3.0 out of 5 stars Unremarkable But Interesting Nonetheless
Reviewed in the United Kingdom on 29 December 2019
Verified Purchase
The premise is a war gamer's dream. What would happen if a huge amount of modern warfare tech appeared in a major battlefield(s) and how would history play out? The author attempts to predict this scenario from his 'noughties' viewpoint and succeeds in many areas, but overreaches in others and whilst it's an engaging ride, questions arise throughout that aren't really answered at book's end. The tech alone is predicted as far more advanced than it is at time of writing this review, that being said, it's well thought out from a linear perspective, given the weapons known and in development at this time and trying to predict how warfare would advance from the writer perspective would not be easy. One major quibble though, is the way the future 'travellers' are portrayed, as in a female reporter who appears to think nothing of 'gearing up' with a body armour and machine gun to 'commentate' live, on an operation in progress and subsequently killing an adversary without a qualm, appearing completely sanguine, but I can see where the author may think that's how people will, in future, react to the modern world and it's violence, particularly in light of terror threats and video game portrayal of battlefield conditions. Personally, while it was engaging enough, it only just held my attention long enough to complete it and I feel that I won't be visiting it's sequels. Well written certainly, just a bit too war oriented for my tastes and very little time travel content after the explanation for the 'glitch' that the story is founded on.
Read more
One person found this helpful
Report abuse

a customer
5.0 out of 5 stars Cracking time travel, high tech, alternative history thriller.
Reviewed in the United Kingdom on 9 June 2016
Verified Purchase
What a bonkers premise. Due to a scientific disaster, an ultra modern international navy fleet is transported back in time to the second world war, say what!! The obvious happens and the fleet intervenes on the allies side and fundamentally changes the military, scientific and social fabric of the 1940s. There is a raft (pun not intended) of characters and plot lines, that at times seem to get out of hand, but the author manages to keep the whole thing afloat (I couldn't help it....sorry) by careful use of cliffhangers, plot twists and ultra violence. The whole thing rumbles along in three massive volumes, which kinda surprised me to be honest, because when I finished volume three, I thought, "is that it...." as there could have easily been another three written which would have kept me happy.
Read more
2 people found this helpful
Report abuse

Hard but Fair
4.0 out of 5 stars Top stuff.
Reviewed in the United Kingdom on 2 January 2017
Verified Purchase
Take two things into the past, say around 1940ish.
Number one. A modern frigate, complete with its terrifying weapons.
Number two. A female Captain of said vessel.

Which one would cause the biggest change the world ever see.

Weapons of choice. Takes that simple premise too create a staggering tale, of out of time warfare, and shows we're changing faster than we think.

A future world where Trump didn't win, is that the real split in time?
Read more
Report abuse

R. A. STANLEY
5.0 out of 5 stars 2nd in the series.
Reviewed in the United Kingdom on 24 May 2009
Verified Purchase
Absolutly terrific - I couldnot wait to purchase the 2nd book in the seris of 3. All the world leaders from WW11 are in this book as are the leaders thought to exist in the near future who we already are aware of (ie President Hilary Clinton! etc) The 1st 150 pages or so I found a bit difficult as I am not too familiar with the modern computer games that young people play these days (which are similar to future weapons etc.) but donot let this put you off, I thoroughly enjoyed this book and I am over 70! A really great read.
Read more
Report abuse
See all reviews
Back to top
Get to Know Us
Make Money with Us
Let Us Help You
And don't forget:
© 1996-2021, Amazon.com, Inc. or its affiliates