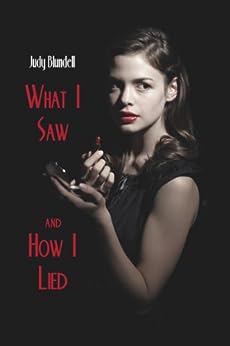 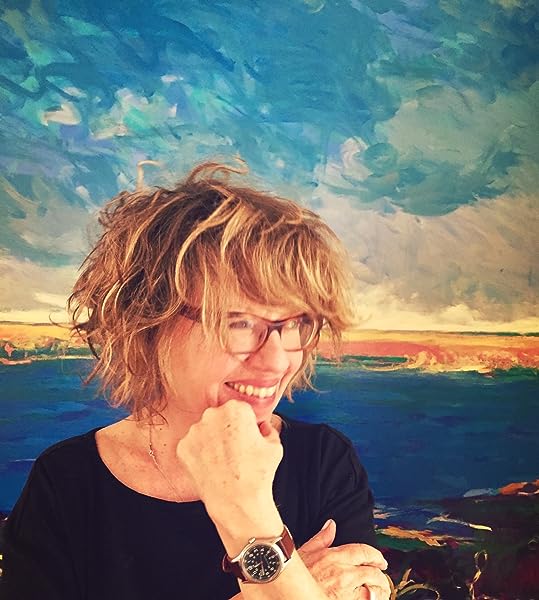 What I Saw and How I Lied Kindle Edition

Blundell, author of Star Wars novelizations, turns out a taut, noirish mystery/coming-of-age story set in 1947; it's easy to picture it as a film starring Lana Turner, who is mentioned in these pages. When first met, 15-year-old Evie and her best friend are buying chocolate cigarettes to practice smoking. Evie sheds that innocence on a trip to Florida, where her stepfather, Joe, back from the war in Europe, abruptly takes her and her beautiful mother, Beverly, and where Evie falls in love with glamorous Peter, an army buddy whom Joe is none too happy to see. But after a boating accident results in a suspicious death and an inquest, Evie is forced to revisit her romance with Peter and her relationships with Joe and her mother, and to consider that her assumptions about all three may have been wrong from the beginning. Blundell throws Evie's inexperience into high relief with slangy, retro dialogue: Peter calls Evie pussycat ; Beverly says her first husband kicked through love like it was dust and he kept on walking. Readers can taste Evie's alienation and her yearning; it's a stylish, addictive brew. --Publisher's Weekly --This text refers to an alternate kindle_edition edition.

Judy Blundell's WHAT I SAW AND HOW I LIED is the 2008 winner of the National Book Award for Young People's Literature. As Jude Watson, she is the author of several titles in the New York Times bestselling 39 Clues series as well as the bestselling Star Wars: Last of the Jedi and Jedi Quest series. She lives in Katonah, New York.
--This text refers to an alternate kindle_edition edition.

When Evie's father returned home from World War II, the family fell back into its normal life pretty quickly. But Joe Spooner brought more back with him than just good war stories. When movie-star handsome Peter Coleridge, a young ex-GI who served in Joe's company in postwar Austria, shows up, Evie is suddenly caught in a complicated web of lies that she only slowly recognizes. She finds herself falling for Peter, ignoring the secrets that surround him . . . . until a tragedy occurs that shatters her family and breaks her life in two. As she begins to realize that almost everything she believed to be a truth was really a lie, Evie must get to the heart of the deceptions and choose between her loyalty to her parents and her feelings for the man she loves. Someone will have to be betrayed. The question is . . . . who? --This text refers to an alternate kindle_edition edition.
Read more

4.2 out of 5 stars
4.2 out of 5
144 global ratings
How are ratings calculated?
To calculate the overall star rating and percentage breakdown by star, we don’t use a simple average. Instead, our system considers things like how recent a review is and if the reviewer bought the item on Amazon. It also analyses reviews to verify trustworthiness.

Kathleen Y Heinzelmann
4.0 out of 5 stars Pleased
Reviewed in the United Kingdom on 14 January 2016
Verified Purchase
A gift for my granddaughter so unable to say more. It was recommended on the best reads for girls of 12 - 14 and I was pleased with quality and service.
Read more
Report abuse

Meeks
5.0 out of 5 stars Amazing
Reviewed in the United Kingdom on 22 August 2019
Verified Purchase
It grabbed me till the last second. All I wanted to do is read on and on. One of my favourite s
Read more
Report abuse

W. Davison
5.0 out of 5 stars Loved it
Reviewed in the United Kingdom on 31 December 2009
Verified Purchase
I read this book after hearing a lot about it and all the good reviews it had been given. It has been the best book i've read in a long time. The characters were so real and you warm to Evie straight away. An extremely good read. Would definately recommend it.
Read more
Report abuse

Layla
3.0 out of 5 stars OK
Reviewed in the United Kingdom on 19 February 2014
Verified Purchase
It was not spectacular, I feel like the story lacked something but saying that it was well paced so i wasn't bored and didn't have to stop reading
Read more
Report abuse
See all reviews
Back to top
Get to Know Us
Make Money with Us
Let Us Help You
And don't forget:
© 1996-2021, Amazon.com, Inc. or its affiliates